I'm happy to introduce you to my dear friend Susan Page Davis. I've loved reading her books. And the featured book Frasier Island is her first trade paperback. If you want to read a review of the book, check out either the recent newsletters on my web site ( http://www.lenanelsondooley.com/ ) or my blogs on my shoutlife site. ( www.shoutlife.com/lenanelsondooley ) 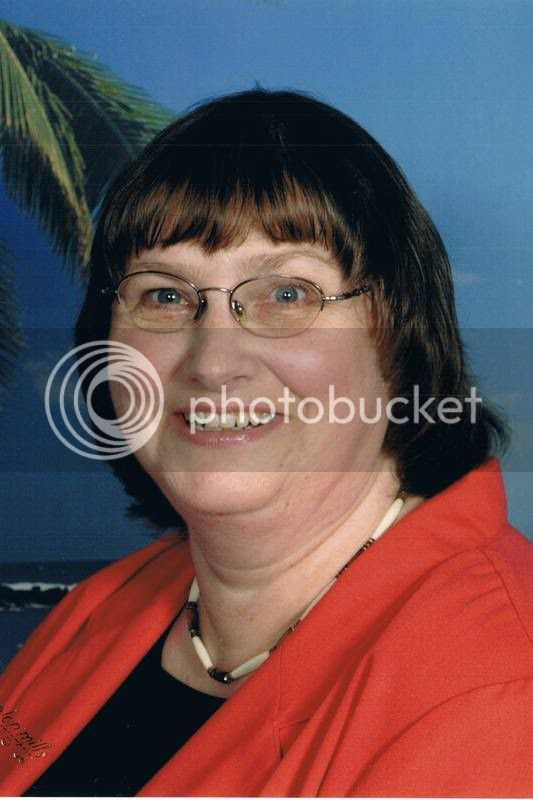 Welcome, Susan. Tell us how much of yourself you write into your characters.

None, but I put my sisters into them. No, just kidding. My characters’ temperaments, opinions and emotions are of course colored by my own. Most of the heroines are younger than I am. One exception is Janet Borden, heroine of Breaking News, a mystery I haven’t sold yet. She and her husband are in their early 50s, and she is a lot like me. I have actually put a few personal incidents into my books, but these are usually changed in some way. My husband is another story. All of my heroes have some of his qualities.

Uh, swallowed a battery? No joke. I had a Metformin pill in one pocket to take with breakfast (it evens out the blood sugar) and a button battery I was supposed to replace when I went to town in another. They were about the same size, and when I reached for that pill and popped it in my mouth and swallowed, it hit me that it tasted a little strange. So I reached in my other pocket to check on the battery, and pulled out the pill. We won’t go into the x-rays and other indignities that followed. It’s humbling when you hear your doctor offstage asking the nurse, “And WHY did she do this?”

I was an early reader. In fifth grade or so, I started writing long stories. I still have a few of those early efforts, and my kids find them hilarious.

I’m an eclectic reader. I just finished a fantasy and a legal thriller. I also read a lot of history, both true and fictional. I’ve always loved reading about the past, especially medieval times and colonial America. Captivity narratives are favorites (true stories of colonial and frontier people captured by Indians), and other escapist literature—castaways, survival stories, that sort of thing. I try to vary the genres I’m reading and go outside my comfort zone now and then.

What other books have you written, whether published or not?
Well, if you’re going to include non-published, it’s a long list!

I’ve published seven historical romances with Heartsong, and a cozy mystery (written with my daughter Megan) with HP Mysteries. My children’s fantasy, Feather, is published by JourneyForth.

Unpublished books at this point include more mysteries and suspense. The first books I every wrote were about a Maine police detective. That’s a series I’d still love to sell (I’ve rewritten it since the original). I also have a few contemporary and historical romances unpublished as yet.

It’s like pacing a novel. You have to schedule in some down time. Every day I ask God not just to help me get done what needs to be done, but to prioritize and know what’s really important. One thing I’m still struggling with is learning to space out the deadlines. At one point I had only one book contracted, so I put out a lot of proposals. Then several were bought at once, and I found myself in a frenzy to meet deadlines. Now I’m sending out fewer proposals at once, but taking on the projects I want to do most. I also gave up a part time contracted job with a newspaper. This allows me to save time for family and other commitments.

One of my favorite ways is from the court news. For years I typed court news, honor rolls, and other tedious list-type data for a newspaper, and found many interesting names. I keep a computer file just for names I might want to use. Of course, I try not to use the first-last name combination of a real person if I can help it. But I also use baby name books and U.S. census lists of “most popular baby names” for different decades. For instance, if I have a 40-year-old character, I’ll check what names were most popular for babies in the 1960s. I also use first names of people I know and love a lot. I have to be careful about that, though. At one point I realized all my heroines were named Rebecca. When I finally sold a “Rebecca” story, I quit using it.

I’d have to say my family. Jim and I have six children, ages 12 to 29, and four grandchildren so far. We’re proud of them all! That’s our masterwork.

Is this a trick question? I can interpret it two ways: what animal would I like to be, or what animal am I most like. I’ll take the first option and say a horse. Thanks to plantar fascitis and foot surgery, I haven’t been able to run for almost ten years, and I’d love to be able to do that again.

There’s not much I don’t like. I have to pick? Okay, blackberries. 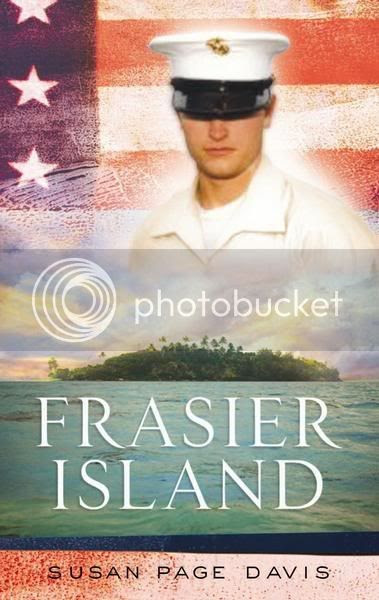 In Frasier Island, Ensign Rachel Whitney lands the assignment she’s dreamed of, working with legendary Navy lieutenant George Hudson on a remote island outpost. But when she arrives, George seems rather unhappy with his new subordinate. Before long, he has her furious. Her anger and George's grief keep them apart until crisis hits. Rachel struggles with her new faith, but George has turned away from God. When the island is attacked, Rachel learns that George kept crucial information about their mission from her. They must fight to survive and protect the precious secret they are guarding.
Writing Frasier Island was a lot of fun. My son Jim challenged me to write a science fiction book, and it came out romantic suspense. This is the closest I ever came, but no, it’s not sci-fi. It’s set a little bit in the future, maybe two or three years from now. When the enemy continues to harry the defenders on Frasier Island, it’s Rachel, George, and God against the world. Guess who wins.

Thank you, Susan, for spending this time with us.

Readers, you'll love this book, so leave a comment for a chance to win a copy. After you leave a comment, be sure to come back to see if you won. An easy way to keep from missing any of the announcements is to sign up for Feedblitz (in the right hand column under my profile).

You'll want to check out all Susan's books on her web page:

There's still time to leave a comment on Gail Gaymer Martin's interview for a chance to win her book.

Lisa Harris said...
This comment has been removed by the author.
2:57 PM

As one of Susan's crit partners, I promise you'll love this story!

And congrats on all your recent sales!

What a hoot! I loved the battery story. :) I loved the interview as well. If you enjoyed Frasier Island, you'll enjoy Finding Marie too!

Great interview. Frasier Island is a wonderful read, too!

Thank you, ladies! Yes, the battery episode was definitely my "most embarrassing moment," but I've decided I can laugh about it a year and a half later. I can still here the doctor asking the nurse, "and HOW old dis you say she is?" My dh just says, "She's still going, and going..."
Love ya!
Susan

Lynette, you'll be glad to know that an interview featuring FINDING MARIE will come soon.

My goodness, my "s" was naughty yesterday, so often skipping out and leaving some other letter in it's place. I think I have it back under control now.

i'd love to win a copy of the book! hsmuda[at]gmail[dot]com thanks!

Love the metformin story. I am a diabetic too & can relate. Thanks, Lena for another great interview. Melody msproule1225@gmaildotcom

It sounds like a wonderful book. I really enjoy romantic suspense themes. Please enter me in your contest. I appreciate it! Cindi
jchoppes[at]hotmail[dot]com

It sounds like a really intriguing book, with lots of suspense! Count me in. I would love to read it!

This looks like a really good read! Thanks for sharing with us!

This looks so good - please enter me...

Looks like a good book to read if you ask me. Count on me.

I always love your book giveaways!! Sign me up

Your quirky thing is close to topping mine, Susan. lol Great interview! Thanks!

I would love to read this book. Please enter me, thanks!
carolynnwald at hotmail dot com

Wow, what a great group! Thanks again, Lena and friends.
Susan

I loved the battery story and I love books with a military theme, so count me in! rose