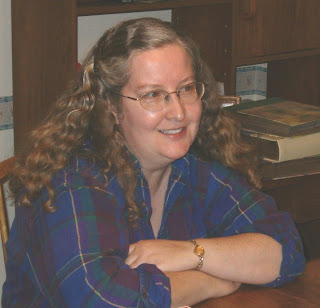 Our interview today is a departure from what we normally feature. It's a craft book for children. That will come in handy during the summer months when school is out. Christine, what has drawn you to writing for children?

For as long as I can remember, I have wanted to be a writer. I write for both children and adults. I love kids; they’re such fun to be around. I guess the reason I like writing for them is because I like the idea of a child enjoying a story I’ve written. I would like to think they would ask their parents to “read it again!”

What is the quirkiest thing you have ever done?
I don’t know if this really qualifies as quirky or not, but it’s not something everyone does: When my daughter was nine and my son was almost two, I took the two of them with me for a month-long stay in England. My mother was British, so I wanted to go to England to meet my British relatives, and I wanted to take my children with me. It was quite an adventure, visiting well-known tourist sites as well as some not-so-well-known ones. Most of the time we stayed with British relatives who were scattered around, so we got to see a fair portion of the country (as well as Scotland!).

When did you first discover that you were a writer?
I remember when I was about eight years old I was going to write a book called The Haunted House. I started it, but never finished it. But, I kept writing, and writing, and writing. And, I’m still writing. I guess that makes me a writer, doesn’t it?

Of course, it does, because a writer writes. Tell us the range of the kinds of books you enjoy reading.
I enjoy reading mysteries, suspense, romance, biographies and historical fiction. My favorite authors are Agatha Christie, John Grisham and James Patterson.

I have written many books, most of which haven’t been published – yet! I have been blessed to have 11 books published so far. They include a series of 8 children’s craft books; Milk Carton Mania is one title from that series. There is another craft book called Craftmania that was published by Random House. A very small press published a children’s picture book called Issac the Frog, and I self-published (along with a couple of friends) a children’ picture book called The Little Lighthouse. Titles of stories written, which I someday hope are published as books, include: "Good-Bye, Zoo," “The Reddle Badge,” “When the Whites Moves In,” “Riddle of the Rainbow,” and “The Three Little Hoggs.”

How do you keep your sanity in our run, run, run world?
Sanity?? Who said I was sane?

What is the accomplishment that you are most proud of, besides family?
I’m most proud of actually reaching my goal of becoming a published writer.

If you were an animal, which one would you be, and why?
This is not something I think about much, but I would probably be a dog. Why? Because dogs, at least the ones that are kept in good homes, seem to truly lead a life of leisure. They are provided with good food, a good home, good medical care and loads of love. What a life!

What is your favorite food?
Prime rib, well done.

I love prime rib, too, but not well done. Is it hard to break into the children’s market?
It’s very difficult to break into the children’s market, especially if you’ve got your heart set on selling a book. If you’ve written a short story, and it’s more suitable for the magazine market than the book market, it’s easier to sell a story that way – but it’s still not easy.

What advice would you give to an author wanting to do that?
If your dream is to be a children’s writer, don’t give up. Also, learn as much about your craft as you possibly can: read lots of children’s books; join a children’s writers’ group; and attend writing conferences and workshops.

What would you like to tell us about the featured book?
Milk Carton Mania is the first book I wrote when I got a contract to write a series of children’s craft books for Children’s Press. When I got an idea for the series, I was inspired by all the things you can do with milk cartons. You can make building blocks with them; use them as bird feeders and doorstops; and create such things as wishing wells, doll houses and jack-o-lanterns (really!) with them.

How can readers find you on the Internet?
They can visit my website, http://www.christine-irvin.com/.
They can read book reviews I’ve posted on the Christian Children’s Book Review website, http://www.ccbreview.blogspot.com/.
Click on this link, http://www.meghan-mccarthy.com/authorstalk_christineirvin.html, to read Meghan McCarthy’s interview with me on the Authors Talk website.
And, you can read an article I wrote about writing on the Writing for Dollars website, http://www.writingfordollars.com/2006/vol10num3.html. You’ll have to scroll down about three-quarters of the page to read it.
Thank you, Christine, for spending this time with us.
Readers, here's a link where you can order Mail Carton Mania:
Leave a comment for a chance to win a free copy. Don't forget to check back a week from Saturday to see if you won. I will not be contacting the winners.
Posted by Lena Nelson Dooley at 6:15 AM

I love crafts for my grandchildren. I have always did every type of craft there is and now it is time to have fun with them.
Good sucess with your books,
Please enter me to win one.

What a neat book! My family loves crafts so I'd like a chance to win this book thanks!

Thanks for your comments on crafts and my craft books. I wish you both luck in the drawing!!!

Oh, I love doing crafts. So does my daughter. I know we'd love to win this book. Thanks.

Children's books are wonderful and Christine's crafts sound like fun!
Please count me in!
Thanks, Cindi
jchoppes[at]hotmail[dot]com

I have three crafty teenage girls so I would love to win.

My family is from South Africa and we moved when I was 8 to the US. When we go visit my mom in Charleston, SC my kids have no idea what she is saying because her accent is still so strong. It's funny to watch. Did you have any kinds of problems like that on your trip to visit British relatives?

I love doing things with kids, even the neighbor kids. This sounds like another great opportunity. Please enter me in you contest.

Thanks for the chance.

I would love the chance to win this book! I have a preschooler here - and my teenage daughter loves to take crafty things for the kids she babysits for! Please enter me for this drawing!

My 9 year old daughter loves to do crafts and we always have milk cartons around so she would love to find creative things to do with them. Thank you for the entry.

Please enter me for this giveaway. Thanks!

Thanks to all who have stopped by and commmented on my books. I wish all of you luck in the drawing!