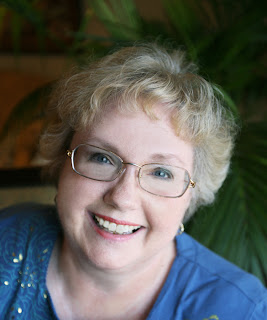 This is my first time to have my friend Lyn Cote on the blog.


When Lyn Cote became a mother, she gave up teaching, and while raising a son and a daughter, she began working on her first novel. Long years of rejection followed. Finally in 1997, Lyn got "the call." Her first book, Never Alone, was chosen by Steeple Hill. Lyn has had over twenty-five novels published since then. In 2006 Lyn's book, Chloe, was a finalist for the RITA, one of the highest awards in the romance genre. Lyn’s brand “Strong Women, Brave Stories,” always includes three elements: a strong heroine who is a passionate participant in her times, authentic historical detail and a multicultural cast of characters. Now, Lyn spends her days writing books that show the power of divine as well as human love.


Lyn helped found two RWA chapters Heart of Iowa Fiction Authors in 1994 and Faith, Hope& Love Inspirational Chapter in 1997. She served as president of both. She is Pan Liaison of FHL now. Lyn has also written three articles for the RWR on Classic Romantic Conflicts and the inspirational romance market. Lyn has also taught regional and national workshops for RWA. Now she is an active member of the Wausau WI group of Wisconsin Romance Writers.


Welcome, Lyn. What is the quirkiest thing you have ever done?

I think that would be when I was a senior in high school. Before dawn one morning, I went with friends (who will remain nameless) to the Republican and Democratic Election Offices in downtown Waukegan IL and put "Ringo for President" Posters on their front window. We thought it was fun.

I love reading cozy mysteries, fantasy, historical sagas and contemporary romantic suspense. I don't care for Thrillers or Horror and am leery of literary fiction though I did enjoy the Secret Life of Bees by Sue Monk Kidd.

What other books have you written, whether published or not?
I've written over 30 books. To see them, drop by my website (ww.StrongWomenBraveStories.com) and click on Buy Books. All the published ones are there. I still have 2 of the 3 book I wrote first that have never been published but I have been thinking about getting them into print. They are stories that aren't as good a market fit as what I write now. But I still love those stories and they will come out sometime. The third, my first attempt at contemporary, I have let die a peaceful death saved on an old disk. Better left undisturbed.
I use a baby name book. Once friends from out of town dropped in and took on

e look at the Baby Name book on the coffee table and asked if I was pregnant again. I laughed out loud and said, just starting another book, a different type of birthing. I go by the names meaning and it's sound and if it fits the story. Naming a character is very important to me because I can't write until I find a name that fits my hero and heroine.

What is the accomplishment that you are most proud of?
Raising two children and staying married to the same man while doing so. Kids! Love 'em but they do push parents to their limits. At least mine did. When Dr. James Dobson wrote THE STRONG WILLED CHILD--he must have been peeking into our yard and windows!

Mine, too. I had one of those, but she's a wonderful godly woman now. What is your favorite food?
Watermelon-always and forever!

What is the problem with writing that was your greatest roadblock, and how did you overcome it?
I am a big picture person, can't be bothered with details. I much prefer telling the story than making myself fiddle with the words. But I learned to go over every line and every word until it was exactly right. It nearly drives me nuts but I do it. If you drop by the Novel Journey Blog, I posted my Dramatic Sentences in Seven Steps there this year. http://noveljourney.blogspot.com/search?q=Lyn+Cote

In 1836 Texas, Alandra Sandoval is the Tejano lady of Rancho Sandoval. She is determined to show the world of men that she, a woman, can run the ranch successfully without a male by her side. Yet she still longs for future love and a family.

Scully Falconer, a loner, is the top hand on a nearby ranch. He has given his loyalty to the Quinn family and doesn’t ask more than honest pay for an honest day’s work.

Alandra, the lady of Mexican descent, and Scully, the American cowboy, think they have very different paths set before them. But greedy relatives burst onto the scene, threatening to change their way of life. And when General Santa Anna crosses the Rio Grande and marches north to keep his rendezvous with destiny at the Alamo, Alandra and Scully’s lives will never be the same.

I'm on Shoutlife, Facebook, Twitter and have a website (link above) and blog http://strongwomenbravestories.blogspot.com/ where I post stories of strong women and other things of interest to women such as recipes. This month I'm collecting Mexican-Style Recipes in honor of my Latina heroine. And I will be putting them into a downloadable PDF recipe collection. I'm also giving away one copy of my latest book each week to women who comment and post recipes.
Researching Her Inheritance Forever, by Lyn Cote 2nd book in Texas Star of Destiny series,
Three generations, Three historic Texas Events 1821-1847
The more I researched Texas history for my Texas Star of Destiny series the more fascinating it became. When the second book takes place, Texas was a state of Mexico. I was especially interested in discovering a people that I had never known as a distinct group. I'm talking about the "Tejano" (the "j" is pronounced as an "h") community in Texas. The Tejanos were the descendants of the Spanish colonial settlers in Texas. The Tejanos then were and are Texans of Spanish descent.
My heroine Alandra Sandoval is a Tejano, not a Mexican as I had thought before I did enough research. At this time, the Americans who had immigrated to Texas still in the hands of the Mexican government called themselves "Texians." These were the two main groups of European descent in Texas at this time. A Tejano Lorenzo de Zavala served as the first vice president of the first Texian Republic government in 1836.
http://www.lsjunction.com/people/zavala.htm

Another prominent Tejano patriot in San Antonio was José Antonio Navarro http://casanavarro.org/(1795–1871) The Casa Navarro State Historic Site is nestled in downtown San Antonio at 228 S. Laredo Street, San Antonio, TX 78207.
http://www.thc.state.tx.us/hsites/hs_navarro.aspx?Site=Navarro
Casa Navarro is the only historic site in San Antonio dedicated to the interpretation of the Mexican history and heritage of Texas, as seen through the life of Navarro, a prominent San Antonio merchant, rancher and statesman.
Tejanos are still a vibrant part of modern Texas.
Thank you, Lyn, for spending this time with us.
Readers, here's a link where you can order Her Inheritance Forever:
Leave a comment for a chance to win a free copy of the book. The only notification you’ll receive is the winner post on this blog. So be sure to check back a week from Saturday to see if you won.
If you’re reading this on Feedblitz, Facebook, or Amazon, please come to the blog to leave your comment. Here’s a link.
Http://lenanelsondooley.blogspot.com
Posted by Lena Nelson Dooley at 3:53 AM

This book looks amazing! Please enter me for this drawing.

Great interview. My family was from Zion, IL so when you mentioned Waukegan I smiled. I used to go cruzing down there years ago on Genesee St.
Anyway, the book sound great. Please enter me in the drawing.

hello what a wonderful interview please enter me for the book. thanks
God bless
Kellie

Great interview. Love Lyn's books, too. Please enter me for this book. Thanks so much for hosting the giveaway.
desertrose5173 at gmail dot com

I like Lyn's books also so please enter me in the drawing.

I love her books. Thanks for the chance to win.

I've read Book 1 The Desires of Her Heart and would love to read the next book Her Inheritance Forever!! I've read Chloe and Blessed Assurance as well and thought they were terrific so I'm sure this book will be as well!

Her Inheritance Forever sounds wonderful! I appreciated the article on Dramatic Sentences in Seven Steps.

Please enter me in your giveaway for this lovely book. It sounds so good and I enjoy Lyn's books.
Thank you!

I love your books. Great post. I would love to win this book.April

Sherry K, I used to live and teach school in Zion. Small world!
Thanks, Lena, for inviting me to be your guest today.

A great giveaway, count me in please.

Thanks for the interview. Love to be included in the drawing.

It does sound amazing. Please enter me in the drawing. ~Abby

I love Lyn Cote's books and so I would appreciate being entered in the drawing. Thank you!

I would love to win this book. Please add my name to your draw.
Thanks.
wandanamgreb (at) gmail (dot) com

I love the sounds of this book. Please enter me.

What a beautiful cover!
Please enter me.
Thanks
Kristen

Great cover. Please enter me to win a copy.
Thanks Pat
grist@mweb.co.za

This was a delightful interview. I'm grateful for the opportunity of winning.

Sounds like a very interesting book. Please enter me.

I love watermelon too. :) Thanks for the chance to win!
carolynnwald[at]hotmail[dot]com

I would love to read this book! I enjoyed the first one!
martha(at)lclink(dot)com

This sounds great!! I love historicals! =)

Hi Lyn,
I will always remember your kindness when I attened my first conference in New Orleans in the late 1990s. I was all by myself and feeling really left out. At supper time, I gathered my courage together and approached two nice woman eating at a table wearing their conference name tags and asked if I could join them.

One of the women excused herself and said she was finished with her meal. The other woman, Lyn, gave me the brightest smile and told me she would be glad to keep me company while I ate. We talked of conference and writing and she shared her experiences in such a loving way.

I will always remember Lyn's kindness.
Thanks Lyn, you're a fantastic writer and a wonderful person.

I'd love to read Lyn Cote's Work. Please enter me in the giveaway.

Connie, what a sweet memory. Was that the SOLA conference? I think I was doing research on New Orleans for my book BLESSED ASSURANCE.

Thanks again, Lena, for having me as your guest.

If you don't win a copy here, drop by http://strongwomenbravestories.blogspot.com and leave a comment. This is my last week to draw a name for a free copy.

Thank you for the interview. It's nice to learn about the writer behind the book. Please enter me in the drawing. Thanks!

Oh please enter me I loved the first book and cant wait to read the second.
I have been sick the past week or so and have gotten behind in blog visiting.