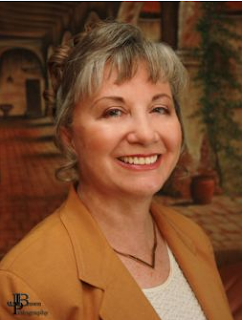 Welcome back, Kathi. What are some of the spiritual themes you like to write about?

I like to focus on issues, such as the persecuted Church, human trafficking, and the illegal immigration issue—all of which I have used in my current series. At the same time I like to incorporate the faithfulness of God in the midst of unimaginable hardships and trials, which all of these issues naturally entail.

In addition to People of the Book, my most current release, which is set in Saudi Arabia and is the fourth and final installment of the Extreme Devotion series, I have a stand-alone novel called A Christmas Journey Home, releasing in October for Christmas 2011. This deals with two young widows, one a pregnant Mexican whose husband died in their attempt to cross the border into America and start new lives away from the violence of their home country, and the other a young mother whose border guard husband was killed in a drug skirmish with smugglers from Mexico. The two find themselves in the most unlikely place on Christmas Eve, bonded in a mutual loss and an unconditional love they had never expected. I also have a new three-book “Freedom” fiction series, based on the topic of human trafficking, which begins releasing in Fall 2011. The books are titled Deliver me from Evil; Special Delivery; and The Deliverer. All are part of New Hope Publishers “Fiction with a Mission” line.

I want to feature each of these on my blog, if you'll allow me. If you could spend an evening with one contemporary person (not a family member of yours), who would it be and why?

Definitely Li Ying, the Chinese woman whose life inspired my book Red Ink. Li Ying is serving a 15-year prison sentence for publishing an underground Christian magazine. She is my hero.

I have a dear friend who is a missionary in China. We are amazed at the stories she sends home to us. What historical person would you like to meet (besides Jesus) and why?

Mary, the mother of Jesus. What an amazing young woman she must have been! I think of that song, “Mary, did you know?” I would probably ask her many of those same questions.

You're the second person recently who has answered that way. Actualloy, "Mary, Did You Know?" is one of my favorite Christmas songs. How can you encourage authors who have been receiving only rejections from publishers?

Oh my, I’m the queen of rejections! I’ve been in the Christian publishing industry for nearly thirty years and have more rejections than I can count. You just have to believe that this is what God has called you to do and keep moving ahead. Continue to network and study and hone your craft—and be willing to take other writing opportunities along the way. My first paying gig was writing an “about town” column for our local paper. I got paid $10/month for four columns—and was thrilled to have it!

People of the Book is a story about three young women who meet on the Internet—in a chat room populated by former Muslims who are exploring the possibility or already come to the conclusion that the prophet Isa (Jesus) is more than a prophet—that He is who the People of the Book claim He is, the very Son of God. One of those three young women lives in the United States, while the other two are cousins who live in Saudi Arabia. One of them has a brother who is very jealous of the attention his parents give to his sister, and he is determined to discredit her—at any cost. People of the Book confronts us all with the question of just how firmly we believe in Jesus and how far we will go to defend our faith.

A very timely subject. Please give us the first page of the book.

Eighteen-year-old Farah Mohammed Al Otaibi lay bruised and bloody on the floor beside her bed. The image of her soft mattress floated in and out of her consciousness, but she had no strength to drag herself from her current position. Even the slightest movement brought stabs of excruciating pain, so she tried to remember to keep her breathing shallow and her body still.

How long had she been here? Hours, certainly. Days? She couldn’t be sure. Her father and brother had covered the windows with heavy, dark cloth, blocking out any light that might help her keep track of time.

Hunger wasn’t an issue, for who could think of food when the pain was so intense? But thirst? Oh, how she longed for just a sip of cool water! Surely her mother would sneak in soon and bring her some. She had always taken care of her before—

The memory was back, though she tried desperately to block it out. Impossible. She could never forget that moment in time, for it was the dividing line between the before and after of her life. Before the tragedy that led to her brother’s discovery. Before her father had flown into a rage over what he considered his daughter’s betrayal and treachery. Before they had threatened to kill her in order to preserve the family’s honor. Before her mother had tried to intervene…

Hot tears pricked the back of Farah’s eyelids, as the vision of her mother’s face before—and after—swam in front of her eyes. The pain in her heart at that moment far exceeded anything she felt in her body. Then suddenly, inexplicably, the meaning of her name—Farah, joy and cheerfulness—burst into her consciousness. Despite her agony and sorrow, Farah was unable to hold back the brief burst of laughter that exploded from her aching chest. How absurd that her parents had given her a name that implied happiness, and yet she now wondered if she had ever truly understood or experienced any of it in her not quite nineteen years of life.

But then she had met Isa, and everything—both good and bad—had changed forever….

Wow! How can readers find you on the Internet?

My websites are http://www.kathimacias.com/ and http://www.thetitus2women.com/, and my blog is http://kathieasywritermacias.blogspot.com/. I am also on Facebook and Twitter and ShoutLife.

Thank you, Kathi, for the fun time again.

http://lenanelsondooley.blogspot.com/
Posted by Lena Nelson Dooley at 2:58 AM

Email ThisBlogThis!Share to TwitterShare to FacebookShare to Pinterest
Labels: Kathi Macias, People of the Book

What a truly stunning post thank you so much for sharing I would adore to read this one !

Sounds great. Would love to win.
Debbie from Michigan

As always, it's a privilege (and lots of fun!) to have an interview posted on this excellent blog. I will check back periodically to read the posts from your followers. May the blessings of God overtake you all at every turn!

Great interview - sounds like a really interesting post - never thot about chat rooms being used in a book! A Christmas Journey Home also sounds like a good book - have to put that one on my preorder list!

I would love to win a copy of this book. Angela from KY

Thank you so much Kathi and Lena for the awesome post. i would LOVE to win this book. Thanks for the chance. mitzi_wanham[at]yahoo[dot]com from Arizona

Thank you so much Kathi and Lena for the awesome post. i would LOVE to win this book. Thanks for the chance. mitzi_wanham[at]yahoo[dot]com from Arizona

Totally love the 1st page of your book...it really draws me in to the heroine's thoughts and feelings:) What a unique setting too...and dealing with justice issues, so timely! Wow, I'd love to read it!
Please put my name in the hat! I am excited for a chance to win this book:)

One of my good friends lives in Saudi, and your story sounds interesting !

I always enjoy the interviews :)

What an amazing intro. I read Kathi's book More than Conquerors and LOVED it! Thanks Lena!

I really like the premise of Kathi's
book! Many thanks, Cindi
Illinois
jchoppes[at]hotmail[dot]com

From Snowflakes To Hotcakes said...

This book looks fascinating, and if I won it, I'd love to review it on my blog. I am hooked already! Writing in from the beautiful state of Georgia.

thanks for the chance to read kathi's latest novel :)

I live in Tennessee and am always looking for more Christians authors to read. This book sounds exciting and I would love to read it.
I recently had an encounter with a Muslim mom and was exciting when she became a Christian. She first wanted to buy when she saw in Christians for herself and her children.

Please count me in for this giveaway - I enjoyed Kathi Macias' other books!

I'm so glad I stopped in this morning to read all these great posts. It's so encouraging to hear from all of you! Many blessings to each one!

Ahhh!! I want to read more:)
What an amazing premise.
Please enter me!
Thanks
Kristen from WA

CHRISTMAS JOURNEY HOME sounds wonderful. Wow. I'm an author who just finished a book about a Mexican migrant farm worker who falls in love with a racist white woman. My ears always perk up when I hear about other authors writing about the Mexican culture in America. Awesome!
-Kevin Ott
www.kevinott.net

I would love to win the book!

I love the reviews of this book. Its a must read!!
Blessings.....Joy
ibjoy1953{at]yahoo[dot]com

Sounds good! Count me in.

Would love to win this book. Thanks

I would love to win this book.Great interview...

Please include me in this drawing. Thanks!