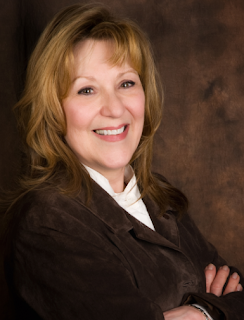 Loree is another dear friend of mine. Welcome, Loree. Why did you become an author?
Like so many other teenage girls, I earned my spending money by babysitting other people's kids. (Keeping an eye on my 4 younger siblings was considered earning my keep. Bet you never heard that before!
Flash forward (quite a few
And then my husband's job brought us back to . I showed my 100+ article "clip book" to editors here, and picked up where I'd left off. Years later, I began to notice a disturbing trend: Editorial changes made to articles' facts to appease advertisers. I figured if I was going to write fiction, I might as well admit it…and pen a novel.
The result was my first book for Barbour's Heartsong Presents line, Pocketful of Promises, which won "Readers' Choice Best Contemporary" award in 1994. It didn't take long for me to figure out that the Lord didn't bless me with a talent for telling stories just to entertain rowdy young'uns!
If you weren’t an author, what would be your dream job?
I believe it'd be a hoot to tend the trees, plants, and flowers at area malls. Think of it: Getting paid to (literally) smell the roses, and walk around with dirt on the knees of my jeans!
If you could have lived at another time in history, what would it be and why?
When people ask what famous person, living or dead, I'd like to meet, I always say Thomas Jefferson. I think being an eyewitness of sorts to what the Founding Fathers intended for this great nation of ours would have been well worth the trade-off of modern conveniences. (But just between you and me? Of them all, I'd miss the Internet most!)
What place in the have you not visited that you would like to?
I'd like to spend a few nights in a tent at so that I could stare into the expansive inky sky, listening to the wolves howl as they did hundreds of years ago.
How about a foreign country you hope to visit?
Wow. That's a real dilemma: I'm half Italian, and would love to return to "the land of my people," but I'd like to go back to , too….
What lesson has the Lord taught you recently?
The importance of “forgive and forget.”
Tell us about the featured book.
This story was inspired by 9/11, a date that will remain in Americans' minds and hearts forever. I kept praying for a way to thank those brave men and women who risked—and in some cases, gave—their lives to save others. And then one night, the Lord woke me at 3 a.m. with the idea for the First Responders series. (Each novel features a different type of first responder; in the first, the hero was a NY cop who, after much tragedy and trauma, leaves the City and becomes and EMT in .) I've given my word to donate 25% of my proceeds from the books to several very worthy organizations (Soldiers' Angels, Special Operations Warrior Foundation, Wounded Warriors, etc.), so I have more reason than ever before to hope this series will be a success.


So wonderful to have you back on my blog, Loree. We'll have to do this again.

If you’re reading this on Feedblitz, Facebook, or Amazon, please come to the blog to leave your comment if you want to be included in the drawing. Here’s a link.
Http://lenanelsondooley.blogspot.com
Posted by Lena Nelson Dooley at 2:28 AM

Oh Loree, your book sounds really good. I know it will be a great read. Like you I would also like to visit Yellowstone. I've seen pictures of it and it looks beautiful.
From: Mississippi
plhouston(at)bellsouth(dot)net

Wow, this book really sounds great and would love to read it. Please enter me.

I've always loved Loree's books, and I'm excited to see this new series from her. It sounds like a book I'd love to read! And review, of course. :)

Please enter me in the drawing. Thank You!!!!!

I love Loree!!!! I'll tell you what, this is going to be a great series! Can't wait to read it. Please enter me in the contest!

Looks so good!
Thanks for the chance to win! I'd love a copy!
Thanks,
Kari in ORegon

The book sounds great. Congrats! I can't wait to read it. Yellowstone is gorgeous. I was there... oh ...well a long time ago but I want to go back! :)

You are all just TOO SWEET! I'm sitting here now, surrounded by stacks and stacks of envelopes, all full of books I've promised to people (who have won drawings or contests, or offered to review, influence or endorse a book). I can hardly wait to add one of YOUR names to an envelope that has THIS book inside it!

So is it smoldering hot outside where you guys live? Here, it's 100 degrees...before the heat index is figured in! You won't see me sticking MY big bulbous nose out the door today, nosiree! LOL

Looking forward to talking with y'all again later today. Meanwhile, stay cool and hydrated. (This message brought to you by your Auntie Loree. )

sounds like an awesome book:) Would love to be entered for a chance to read your book Loree!

Thanks Lena and Loree for another great interview and post. i would love to win this. Thanks for the chance. mitzi_wanham [at]yahoo[dot]com from Peace River Country, Alberta

Looks like a great book! Looking forward to checking it out!

This book looks awesome! I would love a chance to read it!

Sounds great! I really appreciated the story of how the author came to write this book. I would love to read it.

I would love to win a copy of this book. I'm a follower and a subsscriber. I posted this to my blog: http://dancealertreads.blogspot.com/2011/07/christian-writers-world-characters-who_7165.html

Sounds like a wonderful book! Thanks for the chance to win this!

Oops! Forgot to tell you that I'm an Alabama girl! :)

Thanks for the giveaway, Loree! September 11 is something that pulls at my heart every day! Thanks!

this sounds like a wonderful book. thank you for the opportunity to win a copy.

Wow! What an inspirational series. I can't wait to read it.

I just got back from Yellowstone. You have to go! Worth the trip.

Oh, please include me in this giveaway thanks
I live in ND

I have never read any of your books. Sounds like a good one to start with. I'm from Ohio. kristiedonelson(at)gmail(dot)com Thank you.

This looks like such a great book! Please enter me! I'm from NY =)

I would love to read this. Loree is such a wonderful author. I live in S. CA.

From Ashes to Honor sounds awesome. I love NYC and the spirit of the people who live there... please add me!
Merry in TX

I work as an EMT and when 911 occured I was working with the state of Calfornia as a wildland firefighter and it just crushed everyone. I would love to read this story and have added it to my wish list on amazon just in case. Please enter me in the drawing. Thank you.