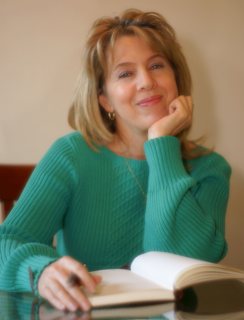 
Snickers and grins interspersed with the occasional salacious glance continued to fire her way. But Cassandra brushed them off. After an hour of sitting in the muggy, male-dominated room, listening to various merchants selling shares for the equipping of their vessels into privateers, she had grown numb to the attention.
When the customs agent had finally announced eight shares offered at two-hundred dollars each to be invested in the Contradiction—a one-hundred-and-three ton schooner out of , housing one long nine gun ten men, and captained by Peter Pascal—Cassandra had raised her hand. With her one thousand dollars, she could purchase over half the shares rather than be one of many investors in a larger, better equipped ship. Owning more of a privateer meant higher returns. And she definitely was in dire need of higher returns.
Mr. McCulloch shoved his thumbs into the pockets of his trousers and shot Cassandra the same patronizing look her mother often gave her younger sisters when they failed to comprehend what she was saying. “Aye, your money is good, Miss Channing. It’s the mind behind the coin that begs concern.”
“How dare you, sir! Why you are no more. . .” Cassandra clutched her reticule close to her chest and spat out, “My money and my mind are equal to any man’s here.”
Again laughter pulsated through the room.
“It’s the comely exterior of that mind that I’m partial to,” one man yelled from the back, prompting yet another chorus of chuckles.
Cassandra narrowed her eyes and scanned the mob. Did these men honestly believe they were amusing? Most of them—with the exception of a few unsavory types loitering around the fringes of the assembly—were hard working merchants, bankers, shop owners, mill workers, and farmers. Men who often tipped their hat at her on the street. Her gaze locked with the wife of the coffee house proprietor, scrubbing a counter in the right corner. Sympathy poured from her eyes.
Mr. McCulloch scratched his head and gave a sigh of frustration. “A share in any privateer gives you a voice in its affairs. A business voice, miss. A voice that needs to be schooled in matters of financial investments and risk assessment.”
The men nodded and grunted in approval like a band of mindless lackeys.
Where can my readers find you on the Internet?
http://www.marylutyndall.com/
http://crossandcutlass.blogspot.com/
http://www.facebook.com/#!/pages/MaryLu-Tyndall-Swashbuckling-Romance/175344859169475

Thank you so much for sharing your book, and life, with us, MaryLu.

If you’re reading this on Feedblitz, Facebook, or Amazon, please come to the blog to leave your comment if you want to be included in the drawing. Here’s a link.
Http://lenanelsondooley.blogspot.com
Posted by Lena Nelson Dooley at 6:28 AM

"Surrender the Dawn" looks so good. Teaching my children at home, I have grown to love history, and I love this time period. Thank you for the chance to win!
Blessings,
Kelly Y. in Virginia

Oh, I love MaryLu's books. Would love to read this one!
from: Mississippi
plhouston(at)bellsouth(dot)net

I have enjoyed MaryLu's books that i have read so far, and would love to win Surrender the Dawn. Thanks, Lena and MaryLu for the interview and chance to win.
mitzi_wanham[at]yahoo[dot]co,
from Peace River Country, Alberta

I need to get reading the first in this series so I can get to this one. :)

I would love to add this one to my collection of MaryLu Books! Please sign me up. :)

Hi Ladies! Thanks for your comments. I wish you could all win! Thank you, dear, sweet, Lena, for having me on your blog!! This series has turned out to be one of my favorites. I learned so much about the War of 1812.. the war they now call the second Revolutionary War. Miracles abounded everywhere! America fought the most powerful nation on earth and won! God was truly with this nation. But the romance in this one between the town rogue and an independent, stubborn, red-head was so much fun to write!

"Surrender The Dawn" looks good!! I read "surrender The Heart" and loved it! Thank-you for letting me enter this contest!
~Joanna in Louisiana :)

I was watching TV last night about the Library of Congress and they talked about books burning in the White House Library in 1812. So sad. I love to read and your story sounds great! I'm from Ohio. kristiedonelson(at)gmail(dot)com Thank you.

I think I've only read 1 of MaryLu's books. Would love the chance to win this one.

I love MaryLu's books & would really love to win this one.

I am in the state of Tennessee.

Oh, yes, I'd love to win one of MaryLu's books thanks for a chance
I live in ND

This is a wonderful novel! I wish you all could win too. Thanks to MaryLu, I am now intrigued by history and closer to God. Needless to say, I do not need to be entered into the contest.

I am dying to read this!
love from Michigan,

I love MaryLu's books, and I'm looking forward to reading this one. Would love to win it too. ;)

I am in Missouri in the United States. I really like MaryLu's novels and I can't wait to find out about Cassaundra and Luke. Luke has been a great minor character and I am glad he gets to star in one!

Thanks for the chance to win the book. I've read and loved all of MaryLu Tyndall's books and hope to get to read this one soon. Enter me please.

I am from Texas.

Dont enter me I have just read this book and really loved it. enjoyed the interview.

Great interview and the book sounds great. Please enter me.

thanks for the chance to read this fabulous novel....

I'm so thrilled to see all your wonderful comments! Thank you so much! Many people don't know that the Brits burned Washington D.C. in 1814. The White House, part of the Capitol, and the Library of Congress were among the buildings destroyed. I tell that story in Book 2 of this series, Surrender the Night. It was a vicious hurricane that finally drove the Brits out of Washington and helped put out the fires. Amazing!
But this book is about the attack on Fort McHenry in which our national anthemm was written. Fascinating, romantic, exciting stuff!

I loved the Interview, it is always nice to hear from the Author, I also love reading your books.
Please enter me in your contest.

I would love to win this book! Thank you! I'm a subscriber and a follower via gfc.

Love the opening page. It looks like a great stroy to read.

I love MaryLu's books! Please sign me up for the contest!

This books looks so good. Please enter me in the drawing.
Linda Cacaci
LinCaca3@aol.com

Sigh me up for the panel!

I have read the first two in this series and want to read this one! Thanks for the opportunity to win.

Please enter me! I live in Nebraska. :)

Incidentally, I'm currently reading Surrender the Heart, by M. L. Tyndall, so I'd love to read this one!

well done MaryLu - great to see your writing everywhere! from CA - thx for the gvway

great interview. i love, love, love her books ad would sooo love to win this one. thanks,
sarahw-MN