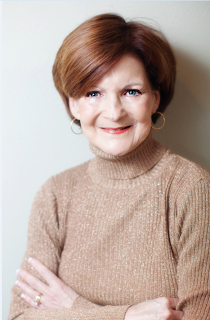 BIO: Award-winning author DiAnn Mills is a fiction writer who combines an adventuresome spirit with unforgettable characters to create action-packed, suspense-filled novels. DiAnn’s first book was published in 1998. She currently has more than fifty books in print, which have sold more than a million and a half copies.

Her titles have appeared on the CBA and ECPA bestseller lists and have won placements through the American Christian Fiction Writer’s Carol Awards and Inspirational Reader’s Choice awards. DiAnn won the Christy Award in 2010 and 2011.

DiAnn is a founding board member for American Christian Fiction Writers and a member of Inspirational Writers Alive; Romance Writers of America, and Advanced Writers and Speakers Association. She speaks to various groups and teaches writing workshops around the country. DiAnn is also the Craftsman mentor for the Jerry B. Jenkins Christian Writers Guild.

She and her husband live in sunny Houston, Texas.

Welcome, DiAnn. I know you speak at various conferences and meetings. What do you have coming up in 2012?


I booked up 2011 so full that I wondered what I was thinking! :) So far, this is all I have scheduled for 2012
Library Conference - January 2012
Writing for the Soul Conference - February 2012
The Creek Writing Conference - March 2012
The Chase - Romantic Suspense release. First book in the Crime Scene:    series  April 2012

If you were planning a women’s retreat, what would be the theme for it?
The power of prayer. I don’t think the average Christian woman understands how much God wants us to pray.

Who would you want as speakers and why?
Liz Curtis Higgs - She genuinely loves women. Liz has the ability to make a woman laugh and cry with Truth.
Carol Kent - She has a powerful message woven with love and her own life experiences.
Brandilyn Collins - Her miraculous healing through the power of prayer is an inspiration to every listener.

Where would you hold the retreat and why?
My church! in . It’s large enough to host several thousand women.

Do you read print books or ebooks? Or a combination of the two?
I read both! Some books I want to own hard copy, and some I simply want to read.

I’m the same way. Attracted to Fire is an interesting title. How did you come up with it?
My hero and heroine are like gasoline and fire. Volatile but exciting!

So what is the book about?
Special Agent Meghan Connors’ dream of one day protecting the president of the is about to come true. Only one assignment stands in her way. After the vice president’s rebellious daughter is threatened, Meghan is assigned to her protective detail on a secluded ranch in . Unfortunately, working with Special Agent in Charge Ash Zinders may be as tough as controlling her charge. Ash has a reputation for being critical and exacting, and he’s also after the same promotion as Meghan. But when the threats escalate and security on the ranch is breached, it becomes clear this isn’t the work of a single suspect—it’s part of a sophisticated plan that reaches deeper and higher than anyone imagined. And only Ash and Meghan can put the pieces together before it’s too late.

Sounds like a book I want to read. Please give us the first page of the book.
“If he doesn’t muzzle his daughter, he’s going to lose the presidential nomination.”

Special Agent Meghan Connors cringed at the TV anchor’s analysis of Vice President Hall’s campaign, even though the statement rang with validity.

“Although early popularity polls indicated Hall to be a strong contender for the presidential race, his ratings are dropping daily.” The blonde reporting the news gave the camera a tilt of her head. “We are currently waiting for a statement from his office regarding Lindsay Hall’s appearance on The Barry Knight Show last evening, where she made the following statement, ‘My father is a poor excuse for the office of President of the .’”

The screen flashed a clip of Lindsay Hall sporting cleavage and lots of leg.

“And she’s our new assignment?” Special Agent Bob Lawson eased back in his chair and stuck his thumbs inside his pants pockets. “I’ve heard she swears like a convict. Smacked a couple of agents in the face.”

Meghan kept her opinions in check. She focused on the TV mounted in the corner of the coffee shop, the one located not far from the White House. Thank goodness the shop was empty except for the barista moving to whatever was playing on his iPod.

The news anchor continued her report. “Take a look at Lindsay Hall’s escapade three nights ago.” The screen reverted to footage taken in a local nightclub. Lindsay toasted the camera with a bottle of beer. Clearly inebriated, she sat in a booth enjoying media attention. The news anchor shook her head with a smile, an obvious display of her political preference. “Many are asking, ‘If Vice President Hall cannot control his daughter, how can he effectively run our country?’”

Ouch. That nailed the situation. Meghan wrapped her fingers around the loop of her coffee cup and walked out onto a patio filled with umbrella tables and chairs. A steady mist filled the afternoon heat with humidity. She needed to focus on her new assignment—and the challenges ahead. Protecting the VP’s daughter was supposed to be a promotion. If she failed, this could mean a permanent stall in her career.

Thank you, DiAnn for stopping by today.

Readers, here's a link to the book. By using it when you order, you help support this blog.
Attracted to Fire


The only notification you’ll receive is the winner post on this blog. So be sure to check back a week from Saturday to see if you won. You will have 4 weeks from the posting of the winners to claim your book.


If you’re reading this on Feedblitz, Facebook, or Amazon, please come to the blog to leave your comment if you want to be included in the drawing. Here’s a link.
Http://lenanelsondooley.blogspot.com

Awesome, I would love to win! Thank you and have a blessed day! Dawn

This book sounds fantastic and one I definitely want to read. Please enter me.

I have read some of DiAnn's books and they are all great! Would love to read "Attracted to Fire" too.

Thank you for the kind comments! And thank you Lena for posting the interview. Writing about Meghan and Ash was a joy and a challenge.

I adore Diann's books, both contemporary and historical. This sounds like a great read.

I think all of you are winners!

I have been wanting to read this book for a while now. I would be over-joyed to win this book. Please enter me in this giveaway!

i would love to win DiAnn's Attracted to Fire. Thank you for the giveaway.

(p.s. Lena when you say the reason some don't win it's because they don't follow the rules, what am i missing?)

My mom really enjoys books like these --I'd love to win it for her!

Sounds like Megan and Ash have the double whammy to deal with. Uncovering a huge security plot and trying to keep their hearts in check...can't wait to read.

"Attracted To Fire" sounds like a very interesting read! I'd love to win a copy of it.

Thanks for this giveaway!

Judy B from IN

sounds very interesting. I would love to read it. enter me in the drawing. God Bless
Joanna Richmond,
Blanch, NC.

Sounds like a great story! I love suspense and would love to win this book. Thanks and God bless!
Sharon Richmond
Blanch, NC.

I love DiAnn's books!!!!!
Thanks for the chance to win this one!

Oops forgot to say that I live in Ohio, the Buckeye State!
Charlotte Kay

Looks and Sounds very interesting. Please enter me in the drawing. Thanks and God Bless!
Abigail Richmond
Blanch, N.C.

Looks interesting!
Please enter me in the drawing.
Thanks for a chance to win.
Nathanael Richmond
Blanch, NC.

Marianne, the instructions at the bottom say to tell what state or region where the commenter is from. The people who don't aren't in the drawing. But you are, because you follow the instructions.

I would love to win a copy of ATTRACTED TO FIRE, but if not, I'll buy one. It sounds like a great suspense story.
Connie Leonard

I really enjoy this kind of book
and I would love to receive a
free copy. God Bless You!

I would love to win your book. They look so interesting. I now live in No. Utah. Grew up on the beaches of southern Calif. and raised my children there also. gr8fullone@gmail.com

I would love to read this book - it sounds great!

Thank you for sharing - and for writing a new Christian novel with strong, interesting women! Strength in Christ, that is - praise God for His faithfulness! I would like to win this - thank you so much! I live in Arizona -

Wow, sounds great! I would love to win and read!
-Bonnie from CA

Attracted To Fire sounds like a great romantic suspense story, I love a little heat!
Merry in TX

Sounds very suspenseful. And romantic. I think that what you said about not praying enough is true. At least for me. I pray "freestyle" just like I talk to my earthly best friend. I think God gets a kick out of it especially since I'm as honest as can be. He knows all my secrets and feelings anyway. *LOL* I'm from Ohio. kristiedonelson(at)gmail(dot)com Thank you.

I would love a chance to win a book by DiAnn! Thanks!
srupp1 (AT) embarqmail (DOT) com

Sounds like a great read! There's a line from a country song about fire and gasoline. :) And I feel like I've been learning more about prayer, the need to pray all my Christian life. Thanks for the interview.

Sounds like a great book! Thanks for the chance.