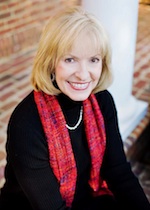 Tell us how much of yourself you write into your characters.
More than I care to admit. It’s pretty scary when you fit comfortably inside the head of your villain. But I couldn’t birth any character without imparting my DNA. That means I’m a little bit of everyone. A little Sybil-like.

What is the quirkiest thing you have ever done?
Hitchhiked up I-75 to with two football players. Purely spontaneous (after losing our ride mid-trip). Purely stupid. And wholly exhilarating, at least for an invincible college kid.

When did you first discover that you were a writer?
When my ninth-grade English teacher told me I was. So I became an advertising copywriter, newspaper writer, and magazine writer. And then I discovered I liked to make things up—not a respectable trait for a journalist. So I shifted into respectable fiction and conjured my first novel, Mortal Wounds, in 1998. My second novel, Fatal Loyalty, was released last year. And now Kregel is launching my new series with the release of The Sound of Red Returning.

Tell us the range of the kinds of books you enjoy reading.
In fiction, I used to read only Frederick Forsyth, Tom Clancy, Robert Ludlum, Patricia Cornwell, John Le Carre, Ken Follett, and other high-suspense authors. Some of my women friends thought that strange. So I tried some of the sweeter, softer novels they liked—and decided to find new friends :-)

Now, though, my reading list is all over the place, from Joyce Carol Oates to Ted Dekker.

How do you keep your sanity in our run, run, run world?
I quit running. I’d rather write.

How do you choose your characters’ names?
I was driving through the mountains alone when the storyline of my first novel sprang to mind. I pulled over as soon as I could to make a few notes and realized I was in a small cemetery. I took my characters’ names from the tombstones in front of me.

If you were an animal, which one would you be, and why?
(Oooh, I hope my answer is better than Miss ’s. Here goes.) An eagle because it stands for power and nobility. Oh, wait. Eagles eat rats, don’t they? Ooooh, disgusting. Can I change my answer?

What is your favorite food?
Blackberry cobbler like my grandmother used to make and nobody else on the planet does. Fresh berries we kids picked in the fields (then clawed chigger bites until we were pulp), fresh milk and butter from her neighbor’s cows, flour and sugar from the circa-1800s country store up the road. No recipe. No discernible measurements.

Time. I was editing a magazine and trying to write novels simultaneously. That tandem effort didn’t work for me. I needed to completely immerse myself in the make-believe world—like disappearing through the back of C.S. Lewis’s wardrobe and letting fiction morph into the virtual. At least until it was time to cook dinner and sort socks. So, I resigned from my magazine position and became writer-in-residence.

Tell us about the featured book.
My new book The Sound of Red Returning is the first book of the Red Returning trilogy. Here’s the storyline:

It’s been fifteen years since famed pianist Liesl Bower saw her beloved Harvard mentor gunned down, since the CIA disclosed his double life as a Russian spy. She was interrogated and released, with no incriminating evidence against her. But now, something has happened to set Russian and CIA agents on her heels. New intelligence suggests that Liesl possesses a coded message critical to a resurgence of Soviet power.

As global tensions mount, the Russians are in a frenzy to find the code before the Americans. Standing in their way, though, is the young pianist from the tidal creeks and secret-shrouded lanes of old . As Liesl outruns the tip of the Russian spear, she must reckon with the wounds of her past, the love of a man she never thought could be hers, and the prevailing power of God.

In the final hour, on a world stage, Liesl must deliver a message of her own.

Sounds very interesting. Please give us the first page of the book.

It was just three small paragraphs in the Boston Globe that morning in October 2011:

Eugenia C. Devoe, wife of the late Schell M. Devoe—a prominent Harvard music professor who was murdered in his Boston home in 1996—died of natural causes Friday in Canada. She was 78.

An accomplished musician, Eugenia Devoe had been a popular band director at for many years. Shortly before her husband’s death, Devoe resigned her position and left the couple’s home near the Harvard campus. Until now, her whereabouts had been unknown.

From , Devoe had moved to the small farming community of Curien, west of , where she assumed her mother’s maiden name, Holbrook. Neighbors say she rarely ventured from her small rural home, where she taught piano lessons. The couple had no children. Mrs. Devoe had no surviving family.

By dawn the next day, the isolated cottage that had been Eugenia Devoe’s hiding place lay in ruins. Even the boards had been stripped from the ceilings and floors. Yet when the intruders left, they took only one thing from the house—a letter Schell Devoe mailed to his wife just hours before he died.

How can readers find you on the Internet?
Visit my website at www.sueduffybooks.com. I’m on Facebook as well. You can visit my page at www.facebook.com/SueDuffySuspense. Aaaand, I’m thinking about joining Twitter… yes? no? maybe so?

I’d love to connect with you on Twitter. Let me know if you do. My twitter username is: lenandooley

Thank you, Sue, for dropping by and sharing with us today.

Readers, win a Kindle Fire from @SueDuffy2 and @KregelBooks in the "Red Returning" Giveaway! Sue Duffy and her publisher, Kregel Publications, are celebrating the release of The Sound of Red Returning by giving away a Kindle Fire prize package worth over $200 to one lucky winner!!!! (1/23-2/11)

Enter the Sue Duffy’s Giveaway today and you could win:

To enter click one of the icons below. But, hurry! The giveway ends on 2/11. Sue will be announcing the winner of the “Red Returning” Giveaway on February 13th on the Litfuse website!

Readers, in addition, here’s a link to the book. By using it when you order, you help support this blog.
The Sound of Red Returning: A Novel (Red Returning Trilogy)

Email ThisBlogThis!Share to TwitterShare to FacebookShare to Pinterest
Labels: Sue Duffy, The Sound of Red Returning

Sounds like a great read--and I'm glad to hear it will be a trilogy. I bet they will all be exciting.

This book sounds AMAZING! Please enter me. I'm from NC.

Sounds like a great book. I love anything Russian. Please enter me.

This book is very interesting! Please enter me!

This sounds like a book that would be hard to put down. I'd love to win a copy of "The Sound of Red Returning."
Thanks.

Sounds like a very interesting read. Please enter me.

It was quite the leap of faith to quit your day job to write full-time. Your book sounds very interesting. I don't much about Russia and the CIA and the subject of your novel but I'd like to read it. I can learn something useful from fiction. Yes I can! I'm from Ohio. kristiedonelson(at)gmail(dot)com Thank you.

I had to laugh!! Best if a journalist doesn't make things up. THE SOUND OF RED RETURNING looks wonderful.

Enter me I would love to win a copy of this book it sounds like a great story! Thanks and God bless.
Sharon Richmond
Blanch, NC.

Ooohhh... this sounds like a great book!!!!! I love anything based in Russia. Please enter me!

I've heard that this book is very good and I enjoyed the interview.
Beth from Iowa

Greetings from Arlington, TX. I would appreciate reading this book because I'm trying to cultivate an interest in other genres that I haven't read much of. Thank you for this giveaway and the chance to win.

I would appreciate winning this book. The whole trilogy sounds great.
Thanks,

Wow, this sounds exciting and full of suspense, please add me!
Merry in TX