WORDS IN THE WIND - Yvonne Anderson - One Free Book 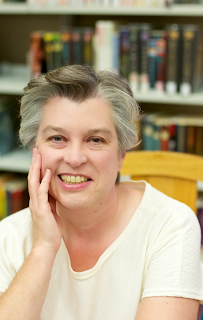 Welcome back, Yvonne. Why do you write the kind of books you do?
Good question; we must always establish a motive for our characters’ actions. In my case (and I’ll admit, I’m a character), my motive is following the Lord wherever He leads. But I sure never expected it to take me here. In 2001, if you told me I’d be a published author in ten years, I might, possibly, have believed you. But if you told me I’d be writing Christian sci-fi, I’d have said, “That’s not even funny. What will I write, really?” Because, you see, I never much cared for either sci-fi or Christian fiction. No doubt about it, this is a God thing. I’m just along for the ride—and enjoying the adventure.

Besides when you came to know the Lord, what is the happiest day in your life?
Because my joy increases the older I get, I’d have to say that “happiest day” is still in the future.

How has being published changed your life?
I can’t say it’s changed my life at all, at least not substantially. Saying goodbye to the old, familiar “wannabe” status and entering the ranks of published authors was a bit of a mental shift at first. In fact, I’m still learning about it all the time. Perhaps the biggest change is the way I now have to give so much attention to marketing and publicity. Like a lot of other writers, I’m not fond of that aspect.

What are you reading right now?
Jill Williamson’s By Darkness Hid, first in her Blood of Kings series. Since I’m a latecomer to this genre, I have a lot of catching up to do.

What is your current work in progress?
The fourth and final book in my Gateway to Gannah series. (Book #3 is completed and in the publishing pipeline.) I haven’t settled on a title yet, but I’m excited about the direction the story’s going. When you’re a seat-of-the-pants plotter like I am, you never know what’s going to happen next, and the story’s already taken a couple of turns I hadn’t seen coming.

That is so much fun. What would be your dream vacation?
Two weeks in the mountains in the woods by a lake. Hubby can fish from dawn to dusk and leave me alone to for long, glorious, uninterrupted hours to do whatever I want. At first, I’d probably write most of the time. But since this is a vacation, I’d probably get that out of my system the first week and then spend the second half hiking, exploring, and reading. I’d also like someone to prepare me gourmet meals—small portions—and keep the room clean. I’d like cool or cold weather for this, please—a snowstorm would be enormously fun. And, of course, I’ll need electricity and Internet service. That’s not much to ask, is it?

How do you choose your settings for each book?
The only books I have published or contracted are set in the same place, the planet Gannah. But I wrote a few others earlier (not in the speculative genre) that were set in places I’ve lived in or am otherwise knowledgeable about. I started writing one that took place in NYC but gave it up because I wasn’t familiar enough with the setting to pull it off. You can’t fake that sort of thing.

When I initially created the world of Gannah, I thought it would be cool to start the way God did: with a garden. “Gannah” is from the Hebrew word for garden, and I designed to be a rather Eden-like place. But sin entered, as it did on Earth. There’s no story without conflict, after all, and creating conflict is the one thing sin is good for.

If you could spend an evening with one person who is currently alive, who would it be and why?
I can’t imagine a more enjoyable evening than spending it at home with my husband. Boring answer, I know. But I’m a dull person.

What are your hobbies, besides writing and reading?
Just about everything that has to do with food, starting with leafing through seed catalogs in the winter to plan my garden: I love to grow my food, plan meals, shop for the ingredients I don’t grow, cook and experiment with recipes, and, of course, eat. Especially eat.

What is your most difficult writing obstacle, and how do you overcome it?
Time management. It takes determination to set aside the time you need and to use it for the purpose you set it aside for. Sometimes you have to smack yourself upside the head once and make yourself do what you need to do. I can blame other people for causing interruptions, but the fact is, I get in my own way as much or more as anyone else does.

What advice would you give to a beginning author?
Learn the craft, learn the business, swallow your pride and learn as much as you can from people who are a little farther along than you. Don’t measure your success in manuscripts sold, but in growth, wisdom, and maturity. You might knock yourself out for decades without being published, but there’s no shame in that. Remember that you’ll never be published if you quit trying.

Tell us about the featured book.
Words in the Wind is the second in my Gateway to Gannah series. When I wrote Book #1, The Story in the Stars, I discovered too many fun things about Gannah to include all of them in one book. So, while I pitched Stars to every publisher and agent I could find, I busied myself writing the sequel.

Book #1’s protagonist, Dassa, and the male lead, Pik, are the stars again. They’ve returned to Gannah with a small group of Earthers with the intention of repopulating the planet. The story opens with Dassa on a starship, where she’s been doing her husband’s people a favor by translating some ancient documents left by her Gannahan ancestors on their planet centuries earlier.

As she returns to the surface, a magnetic storm interferes with the landing craft’s controls. It crashes 10,000 kilometers from the settlement just as a blizzard begins, bringing with it sub-zero temperatures. Injured from the crash and wearing only light indoor clothing, she takes refuge from the storm in a nearby canyon.

The canyon is called Ruwach Gorge. In the ancient Gannahan language, ruwach means both “wind” and “spirit,” and Dassa’s not sure which meaning applies. Seeking food and shelter, she seems almost supernaturally led to an older-than-old stronghold she recognizes from ancient legends—stories she’d been taught were myths. As she explores, she finds evidence that many things she thought she knew about her planet were in error, and she struggles to discern the difference between truth and lie.

Meanwhile, back at the settlement, Pik has to take charge without her. Ruling the settlers is difficult enough, especially when one of them rallies a group to take things into their own hands. When his daughter decides she’s not going to listen to him either, things get worse. But when the animals threaten to break the ancient treaty and resume the old Wildlife Wars, Pik’s hard-pressed to hold things together. He’s afraid that if Dassa ever gets back, she’ll have no home to return to.

Alone in the mysterious canyon where reality and fairytale are flipped, Dassa wonders the same thing.

The story illustrates the theme of the authority and reliability of the Spirit-breathed scriptures.

Please give us the first page of the book.
“End.” Dassa’s command shut off the voice recorder. She pulled her hands out of the flexible gloves protruding into the transparent thermoplastic box and rubbed her bleary eyes. The translation project was finally finished.

Stepping back, she turned to Heegokuk, the Official Protector of Karkar Antiquities who had hovered nearby through the entire project. “That wraps it up. Any word on the magnetic storms?”

His pale, impassive face towering above her expressed no more emotion than would any other of his race. But she saw his Karkar sneer in the subtle jerk of his ears even as he tipped his head in pseudo respect. “I have not heard, Madam Toqeph. You will have to inquire of someone with knowledge in that field.”

She pursed her lips. “I’ll check with Navigation. And if all’s clear, I’ll head for the surface immediately. I’m sure you’re all eager to return to your homes.”

Though his face remained unchanged, Heegokuk’s ears lifted in what was evidently a smile of relief as he bowed. “If you are finished here, shall I put the book back in secure storage?”

“Yes, I’m through, thank you.” She nodded to the waxen-faced giant and, with one last glance at the ancient book within the hermetically sealed case, left the room.

How can readers find you on the Internet?
You can also find me on Facebook and Twitter. I blog at www.YsWords.com, and I am the contest administrator for the Launch Pad Contest for unpublished writers at www.NovelRocket.com.


Thank you, Yvonne, for another interesting visit.


Readers, here are links to the book. By using one when you order, you help support this blog.
Words in the Wind

- print book
Words in the Wind (Gateway to Gannah)

Email ThisBlogThis!Share to TwitterShare to FacebookShare to Pinterest
Labels: Words in the Wind, Yvonne Anderson

Yvonne, I think your "happiest day" will be when you're reunited with your creator. :)

I'm sure after I read "Story in the Stars", I'm going to want to dive right into the sequel ... so please enter me. Jennifer Rogers, Maine.

New author to me...will look for her first one! Thanks again, Lena for introducing a new author. If i win this one, i'll have to buy the first one.

Hi, Sarah and Marianne. Thanks for your interest! I wish you could all win a copy, but I don't have that many to give away.

Please don't enter me... just finished (and really enjoyed) my review copy of Words in the Wind.

Interesting interview, and I so agree with Yvonne's point about the only way to know we'll never be published is to quit trying.

Looking forward to Gannah books 3 and 4!

Thanks, Janet - you're a wonderful encourager.

I don't see a lot of Christian sci-fi like this. Sounds neat.

I'm from the Black Hills of SD!