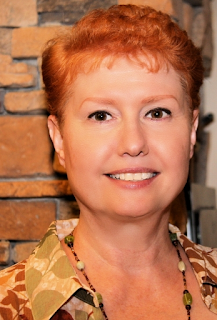 Welcome back, Joan. What are some of the spiritual themes you like to write about?
Family and home are recurring themes for me, especially the brokenness that happens so often between generations and how you get from there to true forgiveness and reconciliation. These themes undoubtedly arise out of my Mennonite upbringing as they form such a large part of the community’s consciousness.

What other books of yours are coming out soon?
We’re redoing Book 3 of the series, Wind of the Spirit, in the new Heritage Edition, and that will release next spring. The next new volume, Book 5, Valley of the Shadow, is projected to publish Fall 2014. I do intensive research for each volume, which is why it takes me so long to complete them. I want each installment of the story to be not only exciting, involving, and heart-tugging, but also historically correct so the series could be used as supplementary reading for students of history.

Valley of the Shadow will inaugurate the move into the naval war during the Revolution, and that will expand further in the last two volumes of the series. I also plan to take Jonathan and Elizabeth to France, where they’ll come into contact with the American commissioners who are negotiating an alliance with France against England, and where Jonathan will meet John Paul Jones. So the story is going to delve into more intrigue and danger. At the very beginning, however, Jonathan is going to have a much more urgent problem to solve . . . but I won’t give away any spoilers to those who haven’t yet read Crucible of War!

If you could spend an evening with one contemporary person (not a family member of yours), who would it be and why?
Chesley “Sully” Sullenberger, the pilot who brought his crippled plane down safely in the . After reading his memoir, Highest Duty, a while back, I came away with such respect and admiration for him, far more than only as a hero—which he truly is despite his disclaimers—but as a truly kind, insightful, and admirable human being. What he shared of his story made me realize how much someone who is thoughtful and earnest can learn from the people and experiences God puts into their paths, enabling them to step up to the plate in a time of crisis and do what a person ordinarily can’t do. I’d love to talk to his copilot, Jeff Stiles, too, who, Sully reminds everyone, was so instrumental in saving all the souls aboard that plane on that day, as well as the rest of the crew. If you haven’t read the book, I highly recommend it.

What historical person would you like to meet (besides Jesus) and why?
I’ve always wanted to meet Abraham Lincoln. He was truly a man of integrity and wisdom, and he served as president at a pivotal point in the history of our nation. Had he not been at the helm and exercised the foresight he did, things could have gone in a very different direction, and that would have had considerable impact on the world stage as well. I’d love to hear a first-hand account of what Lincoln’s rationale was for the decisions he made and what he was thinking and feeling as events played out right up to that fatal night at Ford’s theater. I’m also intrigued about what he would think about where we are as a nation today.

Tell us about the featured book.
In Crucible of War, Elizabeth Howard’s love draws Brigadier General Jonathan Carleton, now the war chief White Eagle, reluctantly back from to rejoin General George Washington’s army at , on Christmas Eve. They find the patriot cause on the verge of extinction. Against all odds, however, in a daring gamble the tattered American force crosses the Delaware River during a raging nor’easter to attack the Hessian outpost at Trenton. While anxiously awaits news of the outcome, the Americans win a stunning victory, then fight the British to a draw at Princeton before vanishing into the mountain bastions around .

Returning to New York with her aunt, Tess Howard, Elizabeth is drawn ever deeper into the dangerous intrigues that swirl around General William Howe and his mistress. Somehow she must also sidestep the increasingly insistent attentions of Dr. Pieter Vander Groot, who, disillusioned by brutal British tactics, now gives his allegiance to the rebels. When Carleton is forced to take the doctor prisoner, Elizabeth and her aunt move to Philadelphia to gather much needed intelligence before Howe attacks the city.

With the Americans digging in at Brandywine Creek, Carleton is betrayed by a trusted aide and comes within a hair’s breadth of being captured. Washington orders him to the upper Hudson Valley, where a force commanded by British General John Burgoyne closes in on Saratoga. With decisive battles looming on all fronts, Elizabeth and Carleton are once again torn from each other’s arms, and this time they face a crucible of war and trial that will test their mettle and their love to the very limits—and beyond.

An hour earlier the level of misery had finally surpassed the worst Brigadier General Jonathan Carleton had suffered as a slave of the Seneca.

Things hadn’t improved since then.

Carleton directed a wry glance at the two Shawnee warriors who hunched on either side of him, silent and grim-faced, blankets hooded over their heads beneath their heavy bearskins. Shifting from one foot to the other in the effort to restore a measure of circulation, he drawled, “Not to worry, Charles. Once we make the New Jersey shore we’ve but to march a mere nine miles to reach Trenton.”

“A cheery prospect, considering that, if anything, this infernal storm’s getting worse.”

Squinting through the Stygian gloom against a driving sleet that threatened to scour the skin from his face, Carleton assessed the faintly blacker line of the frozen New Jersey shore still some distance ahead. Their progress was agonizingly slow, and at every moment the water’s surge drove jagged ice floes against their clumsy vessel, threatening to either stave it in or capsize it. Or both.

I love historical novels that really depict the true history of the day. How can readers find you on the Internet?
www.theamericanpatriotseries.com
www.jmhochstetler.com

Thank you, Joan, for sharing this series with us.

Readers, here are links to the book. By using one when you order, you help support this blog.
Crucible of War (The American Patriot Series)

would love to win. angela from KY

Thank you so much for stopping by, ladies! And thank you so much, Lena, for this fun interview. It's always a pleasure and an honor to appear on your blog!

Wonderful interview, Joan! And I just ordered a PB version through this site. :) Blessings!

Elaine, thank you so much for stopping by--and for ordering a copy! You're a sweetheart!

Really enjoyed the interview and thank you for sharing the book gift.

wow! This sounds like a book I would love reading. I'd sure like to win it. Please enter me in the drawing. I live in MO. Darlene

Really enjoyed the interview and thank you for sharing the book gift.

Bobbe and Darlene, I'm so glad to meet you! Thank you for stopping by and posting a comment, and I wish you good luck in the drawing!

I don't usually read about this time period but the story seems interesting. Always looking for a new author. Kristie from Ohio. kristiedonelson(at)gmail(dot)com Thank you.

Crucible of War is on my wish list.
Amy C
VA

Hey, Kristie, I think you'll find this period an exceptionally interesting one, especially in light of what's going on in our nation today. :-) And Amy, it's good to see you here too. Thank you both for leaving a comment, and I wish everyone good luck on the drawing!

thanks for chance to win
live in ND

Would love to win a copy! This is a great series; I'm trying to get my friends hooked on it. :)

I would enjoy reading this book. Thanks for the chance to win it!
Beth from Iowa

Elizabeth, thank you so much for helping to spread the news about the series! I sure appreciate it. And apple blossom, Sharon, and Beth, I'm so glad you stopped by and entered the drawing!

Would love a chance to read this. The first one is in my TBR pile.