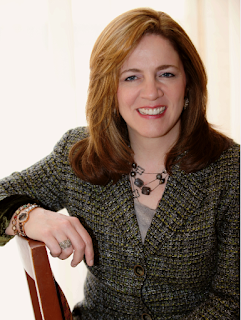 Welcome back, Ronie. Why did you become an author?
Although I never intentionally decided, “I’m going to become an author,” I have always loved writing. And with the help of my husband, I overcame my fear of failure enough that I launched into the deep waters of publication. I loved writing, and that’s why I pursued the dream!

If you weren’t an author, what would be your dream job?
I think my dream job would be one of two options: either I’d be a licensed counselor, working with military families and/or those with PTSD, or (and this is a huge gap) I’d work as a dog trainer, which is really funny to me, since up until about 2 years ago, I was a cat person!

If you could have lived at another time in history, what would it be and why?
This is probably a killjoy-type answer, but I really do not think there’s a period in time that I’d prefer to live. My mind won’t escape the thought that God has me in this period for a reason, and I’m too aware of the ills of each time period to want to have lived in any of them. Perhaps ... I’d love to live when Jesus lived, and would hope that my heart/life would’ve compelled me to find/seek Him.

What place in the have you not visited that you would like to?
I’m torn between two options again: either the Grand Canyon or . These stunning natural wonders are high on my lists of must-sees here in the States.

I haven’t seen either one of these, and would also love to. How about a foreign country you hope to visit?
Aha! Finally—no deliberation here! I want to visit Israel, to walk where our Lord walked, to see the land God chose for His people, where King David ruled, where Ruth won the heart of Boaz ... *sigh* Definitely Israel.

What lesson has the Lord taught you recently?
We’ve all heard about obeying the Lord, doing His will. But when you step out and take risks, attempt what you’ve never done before, there’s the inherent fear (at least, for me) of making a fool of myself. And this week during the Blue Ridge Mountains Christian Writers Conference, award-winning actor and screenwriter Torry Martin said: “don’t be afraid to make a fool of yourself.” I’ve been playing it safe. Time to take some risks.

Tell us about the featured book.
Talon is the second book in the A Breed Apart series, and it features a gorgeous yellow that suffers from post-traumatic stress connected to an explosion that ripped his handler from his life. But now, the mission of the handler’s sister and a covert operative depends on this dog.

Please give us the first page of the book.
Prologue
Kariz-e Sef id,
Two Years ago

Flames roared into the sky. A concussive boom punched the oxygen from the air. Eating an IED, the lead Cougar MRAP in the convoy flipped up. As if dancing atop the raging inferno. Shrapnel hurtled from the blast.

“! !” Sergeant Lee Dawson shouted into the mic, hoping to hear from the first vehicle.

“Anything?” Gunnery Sergeant Austin Courtland coiled his hand around the lead of his Combat Tracking Team dog. Talon stood braced, alert. His bark reverberated through the steel hull in warning.

Lee slanted a glance at the “observer” who’d come along. “Report!” Peering through the cloud of black smoke and debris, he searched the chaos to make sure the others were still alive.

A breeze stirred the flames just in time to see an RPG streaking toward the front end of their MRAP.

The MRAP bucked against the blast but held. Whiplash had nothing on the ramming sensation pounding into his chest now. Fire burst through the engine.

Fear of being cooked alive or choking to death on smoke shoved Lee from the Cougar MRAP. Coughing and with a hand over his mouth, he choked out, “This way!”

Sand and dirt blasted up, peppering his face. Tiny grains and dust particles swirled under the blazing Afghan sun as he took cover, shouldering his way around the side of the mine-resistant ambush-protected vehicle and out of their attacker’s line of fire. Plumes of heat warbled along the hull.

“Find me some terrorists,” Court shouted over the roar of the fire, then keyed his mic. “Base, this is Echo One. Ambushed and taking fire!”

Peering down the sights of his M16A4 gave Lee nothing but dirt ... crumbled building with dirt ... and more dirt. “I got nothin’.”

“Same,” came a shout from behind as Truitt “True” slid up behind him, a nasty cut across his cheekbone. “Where the heck did that RPG come from?” The muzzle of his M4 swept Lee’s periphery.

Lee kept his sights aligned, adrenaline pumping through his system faster than the blood. “Court,” he yelled over the gunfire that crackled in the blistering afternoon, “what d’you have?”

Staying behind the disabled vehicle, Lee searched the road. Only two buildings north. Several south. Focused ahead, he studied the structures. He scanned the roofs. Since the RPG’s trajectory had been downward, whoever fired it held an elevated position. The roof of one didn’t look strong enough to hold someone, and the other had more holes than coverage. He whipped back to the first, waiting. C’mon! Show your coward head so I can—

Only crackling and the shouts of the other teams dragging the lead team to safety met the command. Mind locked on the white plastered structure with the right half of the front wall missing told him that’s where the attack had originated.

“Use the drone?” Lee shouted, not lifting his gaze from the scope.

Lee wanted to curse. Everything had gone wrong. With the drone down, they’d have to do this the old-fashioned, bloody way. Mano a mano. Hand to hand.

Powerful! How can readers find you on the Internet?
I love hearing from readers and other writers! I can be found:
On my website – www.roniekendig.com
On Twitter – www.twitter.com/roniekendig
On Facebook – www.facebook.com/rapidfirefiction
On Goodreads – www.goodreads.com/roniek

Thank you, Ronie, for sharing this new book with us.

Readers, here are links to the book. By using one when you order, you help support this blog.
Talon: Combat Tracking Team (A Breed Apart)

If you’re reading this on Google +, Feedblitz, Facebook, Linkedin, or Amazon, please come to the blog to leave your comment if you want to be included in the drawing. Here’s a link.
Http://lenanelsondooley.blogspot.com
Posted by Lena Nelson Dooley at 6:53 AM

Ronie, I would love to be a dog trainer with you but I am glad you are sharing your writing talents. I love your facebook posts where you share about the working dogs. I love your books. I was just recommending them to an English teacher who is looking for books for boys.
Thanks for sharing. Donna, Founder of More Than a Review.

Thank you so much, Donna! I don't think I could ever give up writing, thank the Lord! :-D

I would love to read Talon. Thanks for the giveaway.

I would love to read your book -- thanks for the giveaway!

great giveaway! sounds so good to me!

What a fascinating subject for a story. This sounds exciting.

I would love to win a print copy of this book for the high school kids at Alamance Christian School. The guys would love this - action, big-guy stuff, and a wonderful dog.

I am amazed with the trained dogs and their trainers. They are special.
Amy C
VA

Thank you for doing the giveaway
God bless you
Chris

Ronie, this sounds like an awesome book. I lose my little Yorkie a year ago February and miss him so much. I have RSD and he was such a wonderful part of my life. More people need to realize that dogs have feelings, too! I wish you all the best with this book. Please put me in the drawing. Thank you and God Bless, Tracey

I would love to win this book! Looks so suspenseful!!

I would love to win and read TALON about a dog. sharon, CA

I love Ronie's books and would love to win a copy of Talon. Thank you so very much for this giveaway opportunity.

Would love to read this book! Please enter me! Thanks!!!

Haven't read this author's books yet, but I've been hearing great things about them!

Thanks for the giveaway.

I've heard these books are great! I'm in MN.

I love Ronie's books! Talon sounds like a terrific story, please add me.
Merry in MN