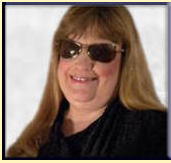 Welcome back, Laurie Alice. Why did you become an author?
Calling is the simplest answer. I thought about other careers and have held other jobs, and being an author was the primary goal in my life as far as careers go. No matter where I worked or in which career—high school teacher, HR administrator, office manager … everything led back to me becoming an author.

If you weren’t an author, what would be your dream job?
This probably won’t surprise anyone who has read my books, and I’d like to be a college history professor.

If you could have lived at another time in history, what would it be and why?
Probably the turn of the 20th century. It was far enough ago to still hold elegance, style, and old-fashioned values, yet late enough to have modern conveniences like electricity, hot water baths, and telephones. Doctors had even realized that wounds needed to be kept clean and surgery performed under sterile conditions. They had anesthesia. Antibiotics were a ways off, but medicine was getting modern.

What place in the have you not visited that you would like to?
The far northeast or the far northwest like , , or .

How about a foreign country you hope to visit?
I’ve been to numerous countries outside the , including , and I’ve yet to get to , one of the primary countries I’ve always wanted to visit.

What lesson has the Lord taught you recently?
Stop worrying. He has everything under control.

A Reluctant Courtship is the third book in the Daughters of Bainbridge series, a Regency Romance series. This one features the youngest sister, who has a little problem with falling in love with the exact wrong man. So now she fears that the man she is falling for might be guilty of the crime of which he is accused because … Well, she loves him. In other words, she has lost all the youthful innocence and surety that she holds the world in her hands with which the series began. She needs to work her way back to her faith and her belief in herself as a beloved child of God—and faces danger, heartache, and romantic fun along the way.

Please give us the first page of the book.
September 1813
Miss Honore Bainbridge was about to fall off a cliff. One minute she stood examining a fissure in the stratified rock, and the next, the crack turned into a gaping hole—ready, able, and apparently eager to swallow her whole. Her feet plunged off solid ground. Her pinwheeling arms grasped a spindly shrub struggling for life above the sea, and she clung to it with about as much hope of survival as the infant bush.

She did not scream. She had opened her mouth to do so, but her middle slammed into the rock, driving the breath from her lungs in an ignominious squeak.

And there she dangled with her arms around a sapling, her feet swinging two hundred feet over the sea, and a hawk circling above as though trying to decide if her feathered hat was some kind of new small bird.

“I am not your dinner,” she gasped out to the hawk.

At least Papa would never know that his youngest daughter had culminated her disastrous penchant for falling in love unwisely by falling off a cliff.

“I suppose this is one catastrophe you can't get me out of, Lord?” Through gasps for air from her constricted lungs, she managed the kind of cynical prayer that had become her usual way of communicating with God of late. “I suppose you can, but it looks like—“

The shrub began to loosen from its precarious hold on the thin soil.

What a wonderful hook. I can’t wait to read the next page. How can readers find you on the Internet?
My web site is: http://www.lauriealiceeakes.com
My Twitter handle is: @LaurieAEakes

Dear Readers, one of Laurie Alices's relatives had a heart attack this weekend. She may or may not be able to answer comments. When you do leave a comment on the blog for a chance to win a copy of the book, please leave a prayer for her family if you feel led to. I know how caring all of you are.

Amazon.com
Reluctant Courtship, A (The Daughters of Bainbridge House Book #3): A Novel

If you’re reading this on Google +, Feedblitz, Facebook, Linkedin, or Amazon, please come to the blog to leave your comment if you want to be included in the drawing. Here’s a link.
Http://lenanelsondooley.blogspot.com
Posted by Lena Nelson Dooley at 6:12 AM

This really sounds like a read for me. Thank You!
Amy C
VA

I love Laura's writing and always look forward to her new books!

I haven't read her books yet but I'm sure looking forward to it! Thanks!

I enjoyed the first two books in this series and I'm looking forward to Honore's story!
Abbi (PA)

Thank you, Lena for the interesting interview. I haven't read Laurie's books but I sure would like to. I am sorry to hear of the health issues of her family member and will certainly remember them. Thank you again!

Laurie, I am so sorry to hear of your loved one's heart attack. Please know you and your family will be in my thoughts and prayers.

Thank you, Lena, for sharing this interview and giveaway!

Your family will be in my prayers Laurie! Thanks for the opportunity to win your books!
Live Oak,Fl
sarajohns95@yahoo.com

My thoughts and prayers are with you and your family Laurie.

Thank you for the chance to win Reluctant Courtship.

I look forward to reading A RELUCTANT COURTSHIP.

I pray your family member gets well soon!
I enjoyed this first book in this series and look forward to this one.

I would love to read Honore's story!

Don't know if I am in time to enter to win her book. But there isn't a book she writes I don't want to read. They so encourage you.
jrs362 at Hotmail dot com
Live in Missouri

Laurie Alice came by the blog and read all your comments and prayers. She thanks you for them very much. I had forgotten to turn off the word verification feature for her. She can't use it.

Her mother is very ill, and she welcomes every prayer you sent up to the Lord for her.

She also said to keep them coming.

I think the turn of the century would also be great to live in. Never thought about it much, but, yes! It would be just the right amount of old fashioned and modern to be enjoyable!

Praying for you and your family, Laurie.

Love your book. Thank you for the opportunity to enter this giveaway.

What a horrible decision to make- date a criminal or turn against him, but you've already fallen in love! I would love to read this one. sharon, ca

Thank you all for stopping by. My family and I appreciate your pryers for my dear mother.

If you don't win the book this week, next week, at the online launch party, I am giving away a total of 5 Amaon or Barnes and Noble gift cards (winner chooses). Plus chocolate. http://www.regencyreflections.com. The Book Club network is giving away five copies, and you ahve to join, though I think it's free.

I would love to win this awesome book, enter me!
If I win I would choose the paperback!
Thanks for the wonderful giveaway and God Bless!
Sarah Richmond
NC

Whoa, what a beginning! I'd love to win A Reluctant Courtship. You are in my prayers.
Merry in M

Praying for Laurie Alice and her mother and family.
Tennessee

I know this is a book I would enjoy. Thanks for the nice interview.
Beth from Iowa

Praying for healing for your mother, & strength, & peace, for you & family!

The character in your book, A Reluctant Courtship, seems to have the same problem I used to have - falling for the bad boys! Haven't read any of your books, & would love to read this one - thanks for the opportunity to win a copy!