Dear Readers, Brandilyn is a big name in Christian fiction. Her books have won numerous awards, and my husband always takes her suspense novels as soon as they arrive and I’m the one who has to wait to read them. Cast a Road Before Me is the other side of Brandilyn’s writing. The Bradleyville series is women’s fiction. I know you’ll love it. 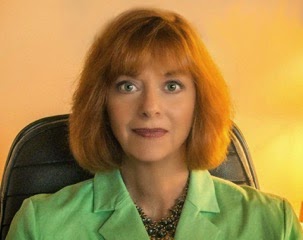 Welcome back, Brandilyn. As an author, I know it takes a lot of people to birth each book. Who were the people involved in the birthing of this book, and what were their contributions?
Cast Before Me was my first published novel, released in 2001. At that time, I had recently signed with my wonderful agent Jane Jordan Browne (who was known for bringing her author Francine Rivers to the Christian world from secular publishing). Thanks to Jane I was able to break into Christian traditional publishing, first with this contract, followed by many others.

If you teach or speak. What’s coming up on your calendar?
1. Teaching at the Writers Conference March 20-21.
2. Keynoting at a writers workshop on Sunday morning at the annual International Christian Retail Show in June. I’ll also be leading other workshops there.

If you had to completely start over in another place, where would you move, and why?
Oh, please don’t make me move! We live in what I consider paradise—in the forest, at the lake—in the . I wouldn’t want to go anywhere else. 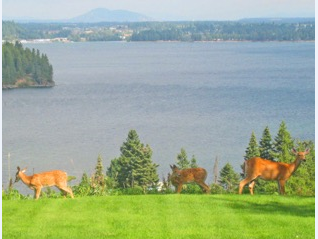 Looking at this picture of the view from your office, I would completely agree with you. If you could only tell aspiring novelists one thing, what would it be?
Give your gift and dream of writing to God and live by the command and promise in Philippians 4:6-7. “Be anxious for nothing. But in everything by prayer and supplication with thanksgiving, let your requests be made known to God. And the peace of God, which surpasses all comprehension, will guard your hearts and minds in Christ Jesus.”

You’ve been asked to be in charge of a celebrity cruise. Who would you ask to take part, and why? (AS in what program, singers, etc. [it doesn’t have to be writing related])
Oh, goodness, it would be full of music. Classic rock, of course. The bands , Journey, Styx, Little River Band, , to name a few. Along with the best gospel choirs I could find.

Sign me up. Tell us about the featured book.
Right now Cast a Road Before Me is a FREE download in e-book form. This is book one in my Southern contemporary Bradleyville Series, set in small-town . The series covers three generations of women, one in each book, from the 1960s to the turn of the century 2000. The other two books in the series are Color the Sidewalk For Me and Capture the Wind For Me ($3.99 in e-book). When these novels were first published in 2001 to 2003, they won quite a few awards and were finalists in more. I have now re-released the series, giving the books a fresh edit and new covers. You can find links to Amazon, B&N, etc. for Cast a Road Before Me on this page of my website.

Here is the back cover copy:
“A course-changing event in one's life can happen in minutes. Or it can form slowly, a primitive webbing splaying into fingers of discontent, a minuscule trail hardening into the sinewed spine of resentment. So it was with the mill workers as the heat-soaked days of summer marched on.”

City girl Jessie Calton, orphaned at sixteen, struggles to adjust to life with her barely known aunt and uncle in the tiny town of , . Eight years later (1968) she plans on leaving—to following in her revered mother's footsteps of serving the homeless. But the peaceful town she's come to love is about to be tragically shattered. Threats of a labor strike rumble through the streets, and Jessie's new love and her uncle are swept into the maelstrom. Caught between the pacifist teachings of her mother and these two men, Jessie desperately tries to deny that Bradleyville is rolling toward violence and destruction. 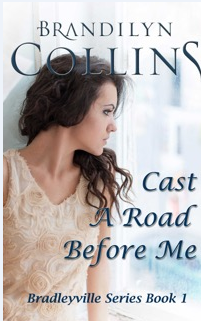 The last time I saw my mother alive, she was on her way to serve the poor.

She was wearing one of her favorite dresses, a blue cotton knit with a sash at the waist. She’d had it for years. It was her favorite not because of style, but because it was comfortable and easy to wash. “This dress will do just fine,” she would say whenever I bewailed the notion that she wore it so much to Hope Center, people might think she slept in it. She was far more careful in dressing for work, starching blouses and skillfully mending old skirts so they would not betray her lack of a wardrobe. She’d add one of her three pairs of dime-store earrings, sometimes an inexpensive necklace. But any jewelry was out of the question at the Center, where it would only get in the way or, worse, remind the homeless and hungry that their needs were far beyond our own. As for the blue cotton dress, it had been spit up on by crying babies, dirtied by the spilled soup of children, even torn by the clutching hand of a frightened young mother. Mom would drag home from another long evening at , her beautiful face lined with fatigue and a thick strand of her dark auburn hair straggling out of its rubber band, and shake her head good-naturedly over the day’s ruin of her dress. Then she’d wash it by hand and hang it up to dry for the next time.

I often volunteered alongside Mom at the Center. After my homework was done and her workday as a receptionist at an insurance firm was finished, we’d hurry through a simple meal, then drive to the two-story brick building in downtown that provided room and board to the poverty-stricken. On Saturdays I always went with her. Except that Saturday. My high school sophomore finals were the following week, and Mom insisted I stay home to study. “You stay home too,” I said. “You’re exhausted, and you haven’t given yourself a day off in weeks. Let somebody else fill in for you just this once.”

“Oh, but I can’t.” She smoothed my hair in her gentle way. “I promised little Jianying and a whole group of children I’d read to them today, and then I’ve got to teach that class on how to interview for a job. And besides, Brenda’s sick, so I’ve got to oversee cooking dinner.” Brenda Todd had founded the Center ten years previously and acted as manager. Mom had been her “right-hand woman” for eight years.

And so, on that horrific Saturday, my mother kissed me good-bye and walked out the door of our small rented house and down our porch to leave. I followed, still protesting.

Where can we find you on the Internet?

Thank you, Brandilyn, for sharing this book with us today.

Readers, please answer this question if you've read any of her books. Which one was your favorite so far?

And thank you, Brandilyn for giving each of my readers a free copy of the ebook.

Readers, be sure to follow the link near the scene from her office to find the links to the free ebook.
Posted by Lena Nelson Dooley at 6:49 AM

Email ThisBlogThis!Share to TwitterShare to FacebookShare to Pinterest
Labels: Brandilyn Collins, Cast a Road Before Me

This sounds like it's going to be a wonderful series.

I love Brandilyn Collins' books. My favorite so far was Exposure, but that may be because it was my first and got me hooked.

I just finished an audiobook of Brandilyn's I loved it & I hope to read this one too.. Enjoyed todays post,
DK Stevens, NE

Love to win this one! Shelia from Mississippi