Dear Readers, Christy Barritt is one of the authors who writes the kind of suspense novels I love. She almost always surprises me, which isn’t easy to do. My copy of Dubiosity hasn’t arrived yet, so I can’t give a review of it. But every novel of Christy’s I’ve read keeps me turning pages. 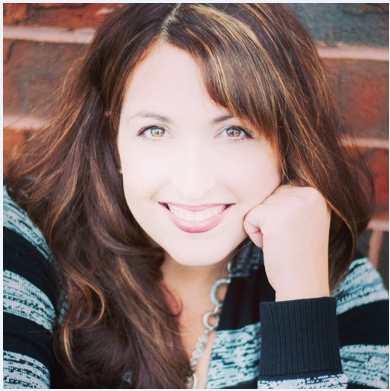 Welcome back, Christy. What are some of the spiritual themes you like to write about?
I think a common spiritual theme you’ll see in my books is the fact that God often takes hard things in our lives and makes them into something beautiful. I’ve seen it time and time again in my life, and I know that hardships can build character. Closed doors can lead to unexpected invitations to walk different—many times, better—paths.

What other books of yours are coming out soon?
I have a new Love Inspired Suspense novel coming out in March called Hidden Agenda. Also up in 2015 are Random Acts of Deceit (the second book in the Holly Anna Paladin series), Gone by Dark (Carolina Moon series), Dust and Obey (Squeaky Clean series), and Rattled (The Sierra Files). Yes, it will be a busy year. J

Wow, you really have been busy. I’d love to feature those books on the blog as well. If you could spend an evening with one contemporary person (not a family member of yours), who would it be and why?
The head of the CIA. J I wouldn’t even want to talk to him because I know he wouldn’t tell me anything. I’d just like to be a fly on the wall as he’s meeting with some friends. Yes, I write suspense.

What historical person would you like to meet (besides Jesus) and why?
Queen Esther from the Bible. I just think her story is so fascinating and inspiring. She’s my hero for her bravery.

Queen Esther has been my favorite Bible character for a long time, too. How can you encourage authors who have been receiving only rejections from publishers?
The good news is that if you’re receiving rejections, that means you’re doing something! You’re writing and getting yourself out there. Keep doing it. Learn as you go. Welcome feedback. Always try to grow. Don’t give up!

Tell us about the featured book.
Thanks for asking! Here’s the back cover blurb:

Savannah Harris vowed to leave behind her old life as an intrepid investigative reporter. But when a friend raises suspicions about two migrant workers who’ve gone missing from the sleepy coastal town calls home, her curiosity spikes.

As ever more eerie incidents begin afflicting the area, each works to draw out of her seclusion and raises the stakes—for both and the surrounding community. Even as ’s new boarder, Clive Miller, makes her feel things she thought long forgotten, she suspects he’s hiding something too, and he’s not the only one. Doubts collide in ’s mind: Who can she really trust?

As secrets emerge and danger closes in, must choose between faith and uncertainty. One wrong decision might spell the end … not just for her, but for everyone around her.

Will she unravel the mystery in time, or will doubt get the best of her?

I have to say that out of all the books I’ve written, this is one of my favorites! It has conspiracy theories, secret societies, and hidden motives, and it’s set in one of my favorite places ever: the sleepy towns along ’s .

I can’t wait until my copy of the book arrives. It’s the next book I’ll read. Please give us the first page. 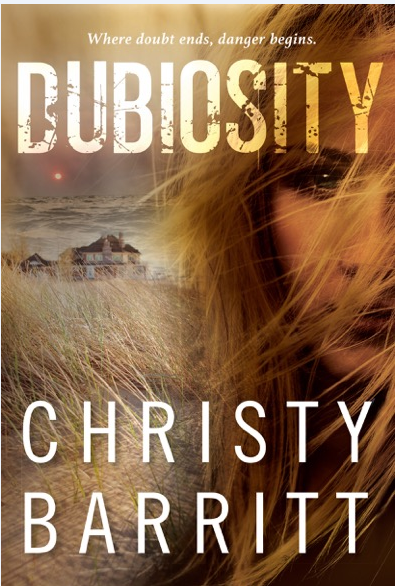 In the depths of the forest, the rough bark of the pine tree scratched the skin of his back through the thin flannel of his shirt. The discomfort didn’t dissuade him from his mission to watch the grand house situated down the lane.

Or rather, to watch the woman inside the grand house.

As he did nearly every evening, he crept through the woods at dusk until he reached his hiding spot. He’d searched for weeks for the perfect place—a nook where he couldn’t be spotted from either the road or the bay. And in his fortress of trees, he settled back. He watched the lights in the windows flicker on and off. He watched the woman walk about unaware of his eyes soaking in her every move.

She didn’t know what was coming, the great glorious things waiting in her future.

She couldn’t know. Not yet.

He’d much rather convince her to agree to his plan of her own free will. But if she didn’t, he had other ways to get her to come around to his way of thinking. Delighted prickles danced over his skin in anticipation.

He rubbed the penny in his pocket as he watched her move into her office, just as she did every evening. She sat at her desk, which faced the lane, and even though he couldn’t see her clearly, he knew she was crying.

When he was nine years old, two neighborhood boys had goaded him into going to the train tracks that slashed across the landscape behind the neighborhood. They’d convinced him to put the change he’d been saving onto the metal there, promising something wonderful would happen. Instead, his coins had been flattened and were no good anymore. The money he’d saved was worthless.

The townspeople of were just as naive as he’d been that day so long ago. They were like pennies on a railroad track. They thought they were valuable. Soon they’d realize they were worth nothing.

I’m eager to start reading this story. How can readers find you on the Internet?
There are a few places readers can find me: www.christybarritt.com, www.facebook.com/christybarritt, and www.twitter.com/cbarritt.

Thank you, Christy, for sharing this new book with us. I know my readers will love it.

Readers, here are links to the book. By using one when you order, you help support this blog.
Dubiosity

Posted by Lena Nelson Dooley at 6:47 AM

Hey Lena, thank you for the great interview with Christy. She is a new-to-me author. Suspense is my favorite genre. DUBIOSITY sounds like an amazing read.

We have Christy's books in the church library.
I would love to win this book to add to our shelves.
Janet E.
von1janet(at)gmail(dot)com
Florida

This sounds like an interesting story that I would enjoy reading.

Sounds like a very suspenseful read. Thanks for the interview and giveaway.

Sounds scary right from the start.... why was he spying on her, why was she crying????? And then I grew up on the coast of North Carolina, what coastal area is this setting?

I'm in middle of North Carolina.

Thanks, everyone, for your comments, and good luck to all of you!

This book is set on the Eastern Shore of Virginia, on the Chesapeake Bay. I live in Virginia myself, only about 20 minutes from both the ocean and NC.

This sounds like a good read. I really like inspirational suspense. Thanks for the interview and giveaway!

So thrilled to hear you have my books in your church library!

I enjoyed todays post.. The first page is drawing me in .. would love to win a copy.
dee in NE

"Pennies on a railroad track" What a great image. I'd love to read this. Sheila from OR

Thank you so much for the introduction to Christy Barritt! I am intrigued by DUBIOSITY!

Great interview, and a new author for me. Thanks.
susanlulu@yahoo.com
Susan in NC

Love the suspense starting from the beginning of the book.
Even the cover of the book looks suspenseful.
Thanks for the chance to win a copy of Dubiosity.

Sounds like a great read! Never read her books, but am always looking for new authors! Thanks for the chance to win!

I love Christy's books! Dubiosity sounds full of twists and turns, please add me to the drawing. Thanks!
Merry in MN

the cover alone makes me want to read it!!! Another New author :D