TEARS OF THE SEA - MaryLu Tyndall - One Free Book

Tears of the Sea 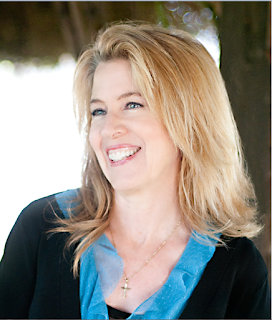 Welcome back, MaryLu. If you weren’t an author, what would be your dream job?
Either an oil painter or I’d love to work in an aquarium taking care of the fish and marine life

If you could have lived at another time in history, what would it be and why?
Definitely colonial .  What an exciting time! The birth of a new nation, the struggle for freedom from tyranny. How incredible it would have been to have seen that and been a part of it.

What place in the have you not visited that you would like to?
There’s so many places I’ve yet to visit, the Grand Canyon, Yellowstone, . I’d also love to see . There’s so much history there. We don’t have much history out here in , so I’d love to visit places with historic landmarks and museums. One of my favorite things to do is walk through old graveyards and read the gravestones!

How about a foreign country you hope to visit?
Definitely . But aside from that, I’d love to visit . I’ve never been overseas.

I’ve been to other countries, but they are in Central America, so I have’t been overseas either, except on a cruise in the . What lesson has the Lord taught you recently?
To be more accepting of the differences in others, to be more tolerate of people’s weaknesses and failings and their level of faith. We are all so different and have come from different pasts with different struggles and trials, that in my limited understanding, I have no right to judge anyone else.

I’m with you on that.  Please tell us about the featured book. 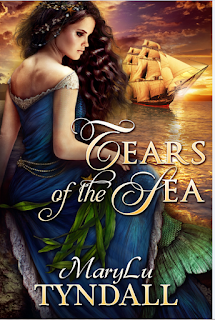 Tears of the Sea is a Mermaid Romance, but it is much more than that. It is an allegory of the Gospel story of the sacrificial love of Jesus in order to rescue mankind from the curse of eternal doom.
Here’s the back cover:
Doomed by the evil warlock Forwin to wander the ancient seas as a mermaid for all eternity, Perdita longs for the release death would bring. Every ten years she has a chance to break the curse when she emerges from the sea fully human for one month. The catch? She must find a man willing to die for her.

Captain Savion Ryne wants nothing to do with beautiful women. It was one such woman whose betrayal ruined his life and his reputation. After nearly drowning in a storm at sea, he wakes on an island with visions of a dark haired mermaid pulling him from the water. When a woman similar in appearance begs for his protection, he is suspicious.

Perdita has never met anyone as honorable as Savion. Even though he shuns her every advance, she falls for him. But as the end of her time on land approaches, she faces the hardest decision of all, save Savion and remain cursed for all eternity or break the curse and watch the man she loves die.

I’m reading the book now. Please give us the first page of the book for my blog readers.
Immortality ends tonight.

Standing on the ledge of a mountainous cliff, Perdita gazed over the majestic storm raging beneath her. Mountainous swells thrust foamy claws into the sky. Black, slick as ink, spewed from angry heavens. Lightning hurled white-hot forks toward Erden, while thunder announced the doom of all in the tempest’s path.

Perdita had been waiting endlessly for such a violent squall. Mayhap this would be the night. Mayhap this would be the moment the unbearable pain in her heart would end. Oh, let it be so! What would it be like to die, to finally close her eyes forever? To know naught but darkness and emptiness. Nothingness. Part of her feared it. Most of her yearned for it. At least her agony would be no more. The pain, the loneliness gripping her heart would finally cease.

Tears spilled from her eyes but the wind stole them away. Even her tears were not her own. After tonight, she would cry no more. Finally, her three hundred-year nightmare would come to an end.

Wind whipped her naked body, forcing her against the cliff wall. Jagged rock slashed her skin as the tempest roared madly all around her—berating voices from a thousand rejections. She jammed her hands over her ears, but the voices taunted her mercilessly…reminding her that no matter how hard she tried, she failed to obtain the one thing she desperately craved, the one thing that continually eluded her, the one thing—the only thing—that could liberate her from infinite torment.

She trembled. Rain pelted her like rocks from a cruel god. Welts rose on her skin. Ignoring the pain, she drew a deep breath and fought through the wind to the edge of the cliff. It wrenched around her, punching her, pulling her hair, beating her for being so worthless, so useless. Then lifting her arms, she closed her eyes, and leaned over the precipice. At first, like a benevolent friend unwilling to let her go, the wind held her back, buffeting her in place. But soon even the gale couldn’t hold her up, and she felt herself tumbling down … down … down …

She shattered the surface. Seawater engulfed her, ramming into her from all sides. Deeper and deeper she descended. The jolts mutated to gentle caresses and the sounds of the storm muffled to mere whispers. Her legs melded together. Awkward kicks transformed into one efficient, powerful stroke. Tingling skittered over her body, molding skin into scale.

Perdita released her breath. Bubbles rose. She gulped. Water flooded her lungs—always uncomfortable at first, but then as her skin breathed in the sea, more natural than she cared to admit. More normal to her than breathing air. As normal as the grief that ripped through her every time she dove in the water and became a creature she loathed.

Slipping with ease through the dark sea toward her destination, she soared upward and punched through the surface into the storm once again. Wind spit salty foam in her face. A massive wave carried her high into the night sky like a princess on her chariot. Scanning the turbulent scene, she spotted the monstrous rock—the one they called Hades’ Gate—just half a mile away, aptly named for the number of sailors who had died upon its barbed spikes. Sharp, craggy spears stuck out in every direction as if Natas himself crouched in the sea with a thousand claws extended.
Natas or not, Perdita hoped she would be the next victim.

Thank you, MaryLu, for sharing the book with us. I knew I had to feature it on my blog when I found out about it.

- Amazon
Tears of the Sea - Kindle

Posted by Lena Nelson Dooley at 6:35 AM

I don't usually read fantasy, but this one sounds very interesting. I too would love to visit England. Thanks for the chance to win!


This book sounds very interesting. I like to read all kinds of books. Would love to win this one.

Brenda Arrington - I live in VA.

I haven't read anything by MaryLu yet, so I would love to win! Danielle in Indiana

Hi everyone! Sorry for the late comment, but I'm actually in Hawaii at the moment celebrating my 23rd anniversary! While I'm here, I've been scouting for mermaids! LOL Seriously, I'm not a fantasy writer or reader normally. But I've always had an obsession with mermaids and this incredible mermaid story has been swimming around in my mind for years. The heroine of the story actually spends most of the book on shore, for those of you who don't like sea-faring tales. Plus the entire story is an allegory of the Gospel. My goal is to reach people who otherwise wouldn't pick up a Christian novel. There's no preaching in the book, just hopefully a glorious display of God's love for us!
Thank you for stopping by!

I still haven't convinced my husband that pirates can come to know the Lord, so can you imagine when I start talking about mermaids? I can't wait to read this book!

I'm hooked. (LOL) Sorry I couldn't help myself. This first page has my attention. I'm ready to read it. Happy Anniversary Mary Lu and your husband.

LOL Melody! Jesus sought after Tax collectors and prostitutes... why not pirates and mermaids!?
Thank you Karen! We are heading out now to do some shopping. Will come back later to say Hi. Blessings!

Anything written by MaryLu is a treat!!! I'm sure this one is no exception :-) Loved the interview & the book excerpt....such glorious descriptive words! Thank you for interrupting your anniversary in Hawaii to come talk to us today! Happy 23rd to you...and maybe you just might spot a mermaid in those waters....who knows? ;-)

A great first page thank you & a stunning cover.

I enjoy MaryLu's books and would love to win her new one. Thank you for the chance. Angela from St. Cloud, FL

What a beautiful cover. i would love to win a copy.

I would love to win this for my wife. She enjoys reading.
Edward Arrington, Martinsville, VA

Enter me in your awesome giveaway!!
Conway, SC.

Hope you had a wonderful vacation! Deanna from Nebr. would love to read your book :)
thanks for the giveaway!

Love your books! Please enter me! Thanks. :)

What an exciting book. I've heard so much about it, I know I would enjoy it. Books can absolutely take us anywhere !