Bio: Laura V. Hilton is an award-winning, sought-after author with almost twenty Amish, contemporary, and historical romances. When she’s not writing, she reviews books for her blogs, and writes devotionals for blog posts for Seriously Write and Putting on the New.

Laura and her pastor-husband have five children and a hyper dog named Skye. They currently live in . One son is in the U.S. Coast Guard. She is a pastor’s wife and homeschools her two youngest children.

When she’s not writing, Laura enjoys reading and visiting lighthouses and waterfalls. Her favorite season is winter, her favorite holiday is Christmas. 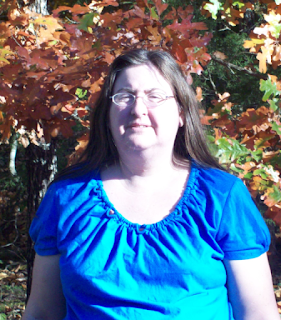 Welcome back, Laura. How did you come up with the idea for this story?
We were on vacation and visited a glassblower shop in . Plus I was reading a book about Chasing Lions. God merged them together.

If you were planning a party with Christian authors of contemporary fiction, what six people would you invite and why?
Susan May Warren, Liz Johnson, Colleen Coble, Denise Hunter, Rachel Hauck, and Beth Vogt. Because they could talk and talk and have a seriously good time and I wouldn’t have to say anything.

That would be a fun party. I love those women, too. Now let’s do that for a party for Christian authors of historical fiction, what six people would you invite and why?
Margaret Brownley, Mary Ellis, Jan Drexler, Suzanne Woods Fisher, Vickie McDonough, and you.  Same reason.

That would be great fun party for the same reason as the other one. Many times, people (and other authors) think you have it made with so many books published. What is your most difficult problem with writing at this time in your career?
I have a lot of outside stress in my home and life. I’m doing more sinking than swimming and honestly, I’d like to curl up in a cave and hide. Creativity is a struggle I have to give God daily. The story is His.

That is so true. Tell us about the featured book. 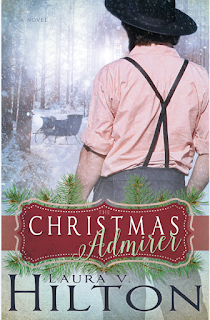 Benaiah Troyer has loved Susanna King for as long as he can remember, but other than a lone summer filled with romantic buggy rides, marrying her remains an elusive dream. When his parents died in an accident a year ago, he broke up with her—for her own good. After all, they left him as the sole caregiver for his three younger sisters and his grandparents. What woman wants to step into a ready-made family like his? Still, he leaves her monthly gifts from “A Secret Admirer,” hoping she’ll know that someone loves her, even though he isn’t free to step forward.

Susanna has never gotten over losing Benaiah, and hopes he’s her secret admirer, but now the clock is ticking. Susanna’s father is remarrying in January and his wife-to-be doesn’t want to leave her Amish community and family in . So when Susanna’s daed sells his glass-blowing business to his right-hand man, Benaiah, she’s left with three options: 1) Go with Daed to his new home with a new frau and step-kinner, 2) Flush out her mysterious secret admirer, or 3) Resign herself to life as an old maid. She doesn’t want to follow Daed where his new frau is leading him. And number three isn’t happening. Marrying Benaiah is her greatest desire—but he broke her heart, and now he treats her like a pesky younger sister. Can she make him see her as a woman, one who could stand by his side as he cares for his family?

As Christmas approaches, Susanna and her friends start making gingerbread houses for select members of the community. Susanna plans for hers to go to Benaiah’s family. But while her gingerbread may find a home—will her heart?

Please give us the first page of the book.
Susanna King paused midway through the door to the kitchen and stared at the single, long-stemmed red rose, artfully arranged with baby’s breath and a green fern-type plant, sitting in the middle of the table.

She’d been the last one to bed the previous nacht. She’d stayed up late reading A White Christmas in Webster County and had trailed Daed upstairs over an hour after he’d gone.

There’d been no rose, red or otherwise, on the table then, for sure and certain.

With trembling fingers, she set the lit lantern on the table and touched a soft red petal. She pulled the white envelope free from the long plastic card holder. Susanna was written on it in a neat, block print.

Her breath quickened and she looked around, hoping for some clue to who had been in the unlocked haus.

Nothing. Not even a footprint left on the recently swept and scrubbed floor.

She carefully lifted the flap and pulled the card free. White, with a red rose on the left side. “With love” was printed in gold script on the upper right corner.

Thank you, Laura, for sharing this holiday season book with us. I love reading the new Christmas stories each year.

If you’re reading this on Goodreads, Google+, Feedblitz, Facebook, Twitter, Linkedin, or Amazon, please come to the blog to leave your comment if you want to be included in the drawing. Here’s a link:


Http://lenanelsondooley.blogspot.com
Posted by Lena Nelson Dooley at 10:55 AM

This sounds like a sweet love story in the making. If the two of them would just say what's in their hearts instead of keeping it to themselves, of course. I'd love to read it.

I love Christmas books and would love to read this one.

I absolutely love books set during Christmas and would love this one. Thank you for the chance to win a copy.

Christmas Amish Fiction books are the best! I'd love to win this book to read over the Christmas break. Thank you.
susanlulu@yahoo.com
Susan in NC

I love reading Christmas stories. I read them all year long. :-) ahenderson312(at)gmail(dot)com

I love to read Christmas stories and would like for this one to be my first for this season! I have it on my wish list. Thanks for the giveaway.
Jackie in GA

I love the combination of the Amish and Christmas! This sounds wonderful and I so would love to read it. Thanks for the interesting interview and the opportunity to win this one!

I can't wait to read THE CHRISTMAS ADMIRER! I love Laura V. Hilton's books. Thanks for the chance to win a copy.
Kay from Mountain View, AR
2clowns at arkansas dot net

Looks like another great Laura V. Hilton book! Can't wait to read it!

Wow, thanks everyone for stopping by! Thank you Pam and Kay for the kind words. Best wishes everyone!

This sounds like a delightful book, and I would love to win a copy, especially since Laura is a new author to me. I found it interesting that she is a pastor's wife with 5 kids, as was my mom. I am a pastor's wife, also, but only have 3.
VanG in North Carolina

Thanks for stopping by VanG!

Love reading Amish Christmas books and Amish in general. Thanks for a chance to win. I'm from Herriman Utah
kris-win@mynamehasbeenstolen.com

I am Heather from Lykens pa i definity would love to read this .

I love Christmas stories.I can read them all year.Plus my favorite genre is Amish books.I am looking forward to reading this book.My name is Jackie and I live in N.C.

Amish fiction is my favorite genre. I would love to read Laura's new book. She is a wonderful writer!
marypopmom (at) yahoo (dot) com
Maryann in New York

Fabulous author and I am so looking forward to this story!
Susan from Michigan

A secret admirer!!! What fun! Thanks for sharing!
Robin in Raleigh, NC

Christmas books are so much fun to read and Laura Hilton's books are tops. This is a must read for me.

Thanks for entering, Heather.

I love Christmas stories, too, Jackie. Thanks for stopping by.

Thank you so much for you kind words, Maryann! Good luck. My son was stationed near Buffalo when he was there last year with the Coast Guard.

Thank you for your kind words, Susan! I'm from MI and my next series will be set there in the UP.

Thank you for entering, Robin.

And thank you for your kind words, Deanne. I hope you enjoy the story!

Very interesting section of the book. Sounds like a tender love story. Would love to win a copy.

Thanks for entering Vivia.

Sounds like a great book! Shelia Hall sheliarha64@yahoo.com from MS

Thanks for stopping by, Shellia

I have a few of your books on my shelf Laura and would love to add this one to my collection. It sounds so good :-)

Thanks for the opportunity!

Thanks for your kind words, Trixie!

Good luck, Dianna! Thanks for stopping by.

Sounds like a wonderful book!
I love Amish books set during the Christmas season!
I would love to read this♥️,
Hello from Virginia!

Hi, Annie from Virginia. I was just there - my son was in A School with the Coast Guard in Yorktown. Lovely state.

Thank you Laura for sharing your thoughts and offering us a chance to have our own copy of The Christmas Admirer.
Blessings!
Connie from KY
cps1950(at)gmail(dot)com

Thanks for stopping by, Connie!

Thanks for entering, Sharon