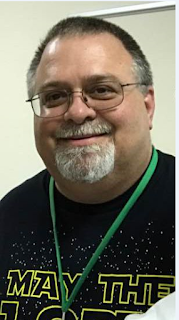 Welcome back, Kevin. What are some of the spiritual themes you like to write about?
When I write fiction, I like to have an overarching theme (sometimes two) that covers the story from cover to cover. For The Serpent’s Grasp, it was the question of “What is Truth?” I looked at this from a scientific perspective as it relates to creationism versus evolution. One of the main characters, Dr. Evelyn Sims, wrestles with this dilemma as a Christian in the world of science, dominated by evolutionary theory, throughout the book.

For my Blake Meyer Thriller Series, it’s the question of “What is True Peace?” Blake has spent his life “protecting and serving” his country in various ways to make sure all Americans can live in peace. However, as his personal world gets turned on its head, he starts to see how peace can never be had through guns and laws and wars and alliances. He’s got to look somewhere else to find true peace, and his friend, Harrison Kelly, will help him in the end “get his God thing” going.

In my upcoming standalone novel, The Letters, it deals with the topic of abortion, but it’s more about how interwoven the physical and spiritual worlds are around us…much more than we tend to think or believe, even as Christians.

What other books of yours are coming out soon?
Besides Book 4 of my Blake Meyer Series, When the Clock Strikes Fourteen, I have Book 5, A Pulse of Time, coming out in the latter part of 2019. Then, in January of 2020, the e-book of The Letters will be released, with the paperback coming out in February. Then, in the fall of 2020, Book 6, the final installment of the Blake Meyer Series, titled Devil of a Crime, will be released.

If you could spend an evening with one contemporary person (not a family member of yours), who would it be and why?

In a previous interview, you asked me a similar question about spending time with “a person who is alive.” My answer was Steven Spielberg. Since he is alive and a contemporary, I’ll use someone else this go around, because there is more than one. J

Another person I’d love to sit down and meet is Tim Tebow. I’ve seen him play a lot (Go Gators!), and have followed his career after his years at the . For a celebrity, he is—in my opinion—the closest thing to how we should live our lives for Christ. He’s never strayed from who he is in Christ. His message has remained constant. Despite all the successes and failures on the field and baseball diamond, despite all the positive and negative press coverage, despite all the people who lambaste him because of his faith, he remains true to God’s calling, and does it with a joy that’s unfortunately rare. He’s really a missionary in the world of sports and entertainment.

What historical person would you like to meet (besides Jesus) and why?
In a previous interview, my answer to this question was William Shakespeare, because of how he was light years ahead of his time. We still use so many of his writings, his themes, and writing methods today. But there is more than one answer to this question as well.

Besides Shakespeare, I’ve always wanted to meet Gerard Groote, founder of the Brethren of the Common Life. He was an educator (so we have one thing in common) who came to a saving knowledge of Christ (now there’s two things in common) and founded a group which later became known as the Brethren of the Common Life in the mid-fourteenth century. A Roman Catholic pietist (we do not have that in common), Groote believed following Christ was to be a simple devotion, not cluttered with all the things his former life had espoused as necessary and worthwhile. I wrote a paper on the Brethren many years ago when I was in seminary, and found it hard to locate materials on them. However, they had an influence on such notables as Erasmus, who was educated as an orphan in one of their schools, and later wrote a work titled Enchiridion militis Christiani, or Manual of the Christian Soldier. It was this book that rejected monasticism and lobbied for true piety (which was a Brethren of the Common Life belief), and became a major reference for the Protestant Reformation.

How can you encourage authors who have been receiving only rejections from publishers?
I have two answers for these authors. First, understand that rejections come in all forms. Some rejections are solely subjective. That particular editor at that particular publishing house didn’t like your work. That doesn’t mean ALL editors will feel the same way. And it doesn’t mean that publishing house will always be scratched off your list. Editors move. They leave for myriads of reasons and are replaced with new ones. That new one may love your work. So always keep up on who the editors are as much as which house rejected your work.

In other instances, the publishers may be going through reorganization of duties, so that editor isn’t sure his or her imprint will even be doing that type of fiction next month. Maybe they are being bought up by another company, and nobody knows if they even have a job next month! The point is, there are a hundred scenarios that could be painted, each one particular to that specific editor and/or house at that moment in time. Like the thunderstorms in , wait thirty minutes. Things will change.

Second, don’t take it personally. The old saying is, “This isn’t personal. It’s business.” There are no truer words in publishing. That editor, for whatever reason, did not believe your work would make economic sense AT THIS TIME…FOR THEM. But there is another saying, too. “Where God is, the doors always open wide.” So if the editor slams the door shut, just know it’s only one of a thousand doors you can knock on. And God said to keep knocking, right? We are to ask, seek, and knock, according to Jesus’s sermon in Matthew. However, when we do, we not only need to be knocking on the right doors, we must—more importantly—be knocking for the right reasons. Now, that’s probably the hardest part for a writer!

Tell us about the featured book.
Here’s the Back Cover Copy:

An Insane Retribution. An Insidious Radical. An Intense . 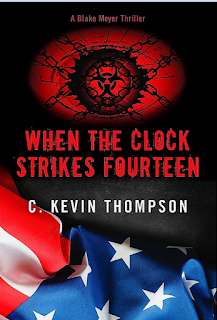 When he got married, Supervisory Special Agent Blake Meyer worried that shielding his family from his past would prove to be formidable. Now, as precious time ticks away, Blake finds himself flying over the ocean at twenty thousand feet, searching for his family, and watching helplessly as his greatest fear wraps its tentacles around his past, present, and future, inextricably weaving them into a deadly game of vengeance.

With the help of his longtime friend, Harrison Kelly, and a small band of soldiers, Blake sets out to rescue the only people he has ever, truly loved…before it’s too late.

However, unbeknownst to Blake, retooled plans have been set in motion to keep the contagion in play. To keep the threat alive. To bring a country to its knees. And forge the dawning of a new era.

One free of American interference.

One dominated and controlled by those who survive the carnage.

One without Blake Meyer.

Please give us the first page of the book.
Genforma Laboratories
On the outskirts of Novosibirsk, Russian Federation
Lazar Nicolescu entered the decrepit backroom of the Genforma Laboratories’ biohazard lab every twenty minutes to check on a gray-colored marmot that looked like a large, overweight groundhog with a squirrel’s tail, otherwise known as specimen number fifteen. He grabbed the clipboard hanging inside the door and headed straight to the animal.

This experiment—the last one, if Lazar’s plans worked out—began two hours ago. Unlike the others, especially the last one involving Peter Zakayev, the Russian dissident handcuffed in the next room over, this one was designed to “reset” the contagion’s timeline. Lazar believed that if he was to expose Peter to the contagion now that he was theoretically immune, he needed to replicate the best and most realistic scenario he could muster in this God-forsaken hole of a lab.

As Lazar bent over to examine the test subject, he noticed specimen number fifteen shaking slightly, as if the animal was afraid. He tapped on the glass, and the animal lifted its head slightly but was not reacting the way Lazar thought it would or should have.

Then, the marmot shook its coat, like a dog trying to dry itself after taking a bath, and crawled into the corner, snuggling in like it was going down for a nap. The exertion caused the animal to breathe heavy.

He is not his perky self. And his breathing seems labored. Lazar jotted his thoughts down in the log. Test subject is showing signs of distress. Nothing substantial, but definitely a change from the last check twenty minutes ago.

Thank you, Kevin, for sharing this new book in the series.

Readers, here are links to the book.
When the Clock Strikes Fourteen (The Blake Meyer Thriller series)

If you’re reading this on Goodreads, Feedblitz, Facebook, Twitter, Linkedin, or Amazon, please come to the blog to leave your comment if you want to be included in the drawing. Here’s a link:
Http://lenanelsondooley.blogspot.com
Posted by Lena Nelson Dooley at 11:58 AM

Thanks, Lena, for having me as a guest!

This sounds very intriguing! Thanks for your giveaway.
Connie from Kentucky
cps1950(at)gmail(dot)com