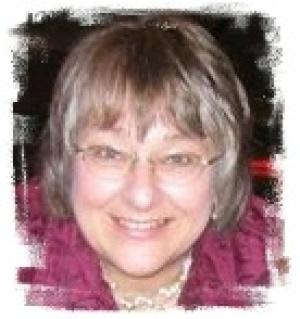 Robin Shope is back with a different kind of book this time. Welcome, Robin. What are some of the spiritual themes you like to write about?

I love to write about salvation and forgiveness. They are the most precious gifts I have received from the Lord. Many of us still struggle with forgiveness even after we have become Christians. My husband struggled with forgiving himself for his past mistakes when he came to the cross, many years ago. We say we know God forgives us, but do we really? Once this truth has become rhema to us, then we need to grant that forgiveness to ourselves and to others who have wronged us. We need to let go of the bitterness, allowing in God's perfect peace and joy.

In The Christmas Edition our hero feels unworthy of God and therefore an incident in his past holds him captive from moving forward with his life. In The Valentine Edition Jodi Williams, our heroine is struggling with unforgiveness of her father, holding onto the past with a terrible vengeance. In The Easter Edition (release date Easter 2010), the minister struggles with the sins of his past. They are keeping him from moving forward into the fullness of what God has for him.

Wildcard will be out late April. The official release date is May 5th but it should be available on Amazon by the mid to the end of April. I am really excited about this book in particular because this is a return to my mystery writing roots. I think men and women alike will thoroughly enjoy the suspense and the surprises in the plot. It starts with a touch of romance which I think always adds another layer.

I love mysteries, but they're even better with the romance, too. If you could spend an evening with one contemporary person (not a family member of yours), who would it be and why?

Make that two contemporary persons. I would love to spend an evening with the Obama girls, Malia and Sasha. I think they are bright and a whole lot of fun. What cuties!

How long have you known that you wanted to be novelist?

The desire was there from an early age but I first considered it as a real possibility in college and took several creative writing classes. That's when I started my very first novel. Someday I will finish it.

What can you tell authors who have been receiving only rejections from publishers?

There is a niche for you, there is for me, and I have enough rejection slips to wallpaper my living room. I just keep plugging. I used to become very upset over getting one of these slips, or email turndowns. And then I figured, I would just keep going, learning, improving, reading, writing, going through any open door…it's me. It's what I do. Consequently, I have hundreds of articles in print, dozens of short stories in various popular collections, and books out. I keep on going. Working hard. So you keep learning, improving, reading, putting yourself out there.

Wildcard is about a diabolical plot to take over the government from the inside out. Sounds f

arfetched to you? How about, the government is taken over by way of the voting machines? What would happen if someone secured a microchip that could be manipulated to give his or her candidate the edge to win the next presidential election? Not enough votes for a landslide, but just enough to put their candidate over the top in a decisive win. The Wildcards are a group of maverick agents who want to take over the outcome of the next election for President of the United States.
During Ivy Dillon's last week as a Washington Intern, she and Ms. Geneen Waters, the secretary to the President of the United States, overhear a conversation about voting machines and missing software. Months later Ms. Waters body is found floating in the Potomac River. FBI Special Agent Ian Serby, who swears he will give his life to protect her, takes Ivy into protective custody. Ian is smart, sexy and seems to have a hidden agenda all his own. Will Ivy follow her heart and believe what Ian tells her about trying to stop the Wildcards or is he actually a member of the Wildcards?

He stared at her with superb green eyes the color of a calm sea, but it was his slow smile that pierced her heart. Eyes and smile. Together they pulled her into the deep waters of wild imagination. The six-footer awkwardly tugged on his collar and no wonder, he seemed totally out of place at the theater's cast party.
Ivy Dillon was ripe for romance. She had to meet Whatzhisname.
"Here's your fruit punch," Jordan nudged. "I snagged you a cup."
"Thanks." Ivy turned toward her roommate. "By the way, who's that?"
"Who?"
"The great looking guy near the window." Ivy tipped her head in that direction.
"You can't mean Martin?" Jordan snorted.
"Martin?" Ivy whipped around and squinted.
Sure enough, the man she set her sights on meeting had disappeared and in his place was Martin, still wearing his theater garb and full makeup. He waved at her. Ivy waved back, disappointedly.
"No, not him."
Ivy cruised through the stage director's apartment, trying to catch sight of the man with the interesting angular features, the hair that curled up along his neckline, and, oh yes, those amazing eyes. On her way by the dessert table, the chocolate covered strawberries distracted her. She bit into one, enjoying the meeting of two rivers of flavors, and just like that Whatzhisname appeared in front of her. Magical!
"You have a bit of chocolate right there," he told her pointing at the corner of her mouth.
"Thanks," Ivy croaked.
"May I?" he asked permission to touch her skin and wipe the chocolate away.
Ivy moved closer and felt the gentle stroke of his touch. Just like strawberries and chocolate, Ivy knew they were meant to be.
"There, you're perfect again."

Interesting, How can readers find you on the Internet?

http://www.shoutlife.com/Robin_Shope
http://write2robinshope.blogspot.com/
Thank you, Robin, for spending this time with us.
Readers, leave a comment for a chance to win a free copy of the book. Don't forget to check back on Saturday in a two weeks to see of you won. Or you could sign up for Feedblitz, and you won't miss any of the posts.
Posted by Lena Nelson Dooley at 6:52 AM

Love this author, can't wait to read the book!!

Sounds like an interesting book. I'm looking forward to reading it.

Thanks for featuring Robin!

Robin sent me over. Sign me up for the contest!

Thank you for the great interview! I would love to read this book!
Love and prayers Melody
msproule1225 at gmaildotcom

Hi Everyone,
great to read your comments. It means a lot to me that you have taken time to comment. What a beautiful Palm Sunday it is today.
God Bless you, Robin Shope

Thank you for sharing the interview, Lena. Robin, your book sounds great! I'm so glad you gave the link on Facebook.

Sounds like a great book. Please include me in your giveaway.
Thanks
Debbie
debdesk9@verizon.net

Looking forward to reading Wildcard. I will have to get all my work done because once I start reading Robin's books I can never put them down!

Cool excerpt! And a fun interview. Thanks for the encouragement.

Hi all...Wildcard was a really fun book to write. It has drama, mystery, love and some humor. Also the book is set in several locations which always makes it more interesting. It took me several years to write this one, I think the result is well worth the time. I think you will agree. Ivy Dillon, the heroine, is easy to identify with; a working girl who is trying to find her first job. However, just as she thinks her future is secure with a great career, something happens that changes everything.

Thank you for featuring Robin. I am anxious to read one of her books. Please enter me in the contest!

Robin, so looking forwaard to Wildcard, and, well, everything else you've got coming out! You are very talented, and extremely deserving of all the blessings coming your way!

I'd love to read this book!

Read Robin's Christmas Edition and loved it. Love to win this book. Thanks.

My first two books, The Christmas Edition and Valentine Edition, of The Turtle Creek Series are contempory romance stories that readers have found heart touching with a good message. Wildcard is a book with a strong multiple plot with many twists that keeps the readers guessing from page one. I love the element of surprise and also having my readers piece together clues. Readers will feel as though they are my heroine, figuring out the clues as she takes on a new identity. I hope you all enjoy reading it as much as I did writing it. And be sure to watch for the release of more of The Turtle Creek Edition books in 2010. Thanks to you all, Robin

I love a good mystery. Please sign me up to win Robin's book.

Yeah! A new book by Robin! I loved The Christmas Edition and The Valentine Edition - and a romantic mystery sounds great! Please sign me up for the giveaway!

Wildcard sounds so exciting. My husband and I both enjoy your mysteries. Please include me in the drawing, thanks.
worthy2bpraised[at]gmail[dot]com

Wildcard doesn't sound so far-fetched in todays world. I would really love to win this book. I've read other "fiction" books that are now coming about.

I'd love to read this book, too. Sounds like a good one :)

I love this author, I have read both of her Turtle Creek Edition books and would love to read this one.

I have the valentine edition, and i can't wait to start it now!

It doesn't sound far fetched to me!
Interesting plot! I would appreciate being entered in your book drawing.
Many thanks, Cindi
jchoppes[at]hotmail[dot]com

Thanks for the chance!

I love books with this kind of plot. Thank you for the entry.

ok im behind but I do want to enter. I love all Robins books so far so would love to read this book too.
please enter me

Great Interview. Thanks for letting us know about this book. Could you please put my name in the hat for this book.