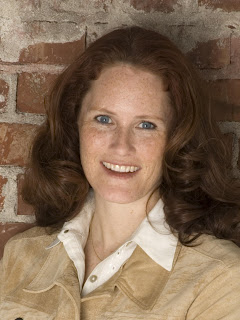 Welcome, Terri. I just love reading these series by Love Inspired Suspense. What is the name of the series this book is in, and where in the series does it occur?

The 2009 Love Inspired Suspense continuity series is titled Without A Trace. My book is the last installment of the six book series, titled HER LAST CHANCE.
Who came up with the idea for the series?
Continuities are developed by the editors. Each author then takes the information provided and develops their own story using all of the elements that tie the books together. That way each story reflects the author’s voice.
How much research did you have to do to make your story authentic?
This series is set in the Deep South. I’ve never been to that part of the country so I had to immerse myself in the culture and as much geographic information as possible to get the feel for Louisiana.
Would you like to be part of another series of Love Inspired Suspense books?
Of course. I really enjoy writing for Love Inspired Suspense and Love Inspired Romance. The continuities are both challenging and rewarding. And being a part of a series is a special time of bonding for the authors involved.
I agree. I have a collection out right now that contains a series by three different authors with the stories tied together. I loved working on that series. What book are you working on right now?
I’m working on two books at the moment. 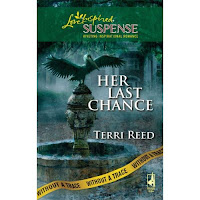 The first is titled CHASING DANGER, to release in spring 2010, about a female homicide detective who goes on vacation in Florida and finds herself embroiled with gun runners and an undercover ICE agent. This heroine also appears in my November 2009 release CHASING SHADOWS.
The second book is a continuity for Love Inspired Romance. The book is untitled at the moment but will be released August of 2010. This series is set in Alaska where a town is saved by romance amid a bit of intrigue and treasure hunting.
What would be your ideal vacation?
My ideal vacation is a few days at Disneyland or Disneyworld, sandwiched between days at the beach or lounging by the pool.
What is your favorite snack for when you are writing?
I like snacks that aren’t messy and that are small; usually, animal cookies, raisins, tea biscuits, or nuts. Maybe some chocolate pieces, too.
I agree with that no messy part. Who needs to clean up a mess when you're embroiled in a story? If you could live anywhere else in the world, where would it be?
I love living in Oregon so it’s hard to say where else I’d want to live. The only place that comes to mind would be Maui but I’d want to live up in the hills where it’s lush and cool, yet such an easy drive down to the beach for some sun and fun.
Tell us about the featured book.
The mysterious man at her door swears he recognizes her. She's Leah Farley. Mother, wife—and suspected murderer. But her amnesia has wiped away memories of her former life. When a shower of bullets follows the man's claims, Leah is forced to accept the truth. She's in danger. And unless she can make herself remember, there's no way to stay safe. With bounty hunter Roman Black's help, she must uncover her lost memories—before the killer succeeds in keeping Leah's past and future buried forever

Sounds intriguing. How can my readers find you on the Internet?
http://www.loveinspiredauthors.com/
http://ladiesofsuspense.blogspot.com/
Terri, thank you for spending this time with us.
Readers, here's a link where you can order the book:
Leave a comment for a chance to win a free copy of the book. The only notification you'll receive will be the winner announcement post on this blog. So be sure to check back in two weeks on Saturday to see if you won.
If you're reading this on Feedblitz, Facebook, or Amazon, please come to this blog to leave the comment:
http://lenanelsondooley.blogspot.com
Posted by Lena Nelson Dooley at 3:07 AM

To loose your memory, your identity would be so frightening. I would love a chance to win Her Last Chance. Thanks!

Mez, I agree it would be frightening and I tried to bring that out in Leah. Thanks for stopping by.

That would be terrible I have read stories about that and seen movies. that is something like when someone get aztimers (can't spell)

I love the premise of this book and can hardly wait to read it!
I have to agree that there are few places in the world that could tempt me away from Oregon.

Her Last Chance sounds fantastic! I love suspense, and I think it's really interesting that even though we love Oregon, you've got stories set all over. Alaska sounds really different! Take me away somewhere I've never been, add some danger, suspense, and of course a to-die-for hero, and I'll follow you anywhere! :-)

A story of an amnesiac--great! However, I don't think I'd like to be the one with amnesia. 'Senior Moments" are enough!

I love living in Oregon too. Sounds like a great read.

I would be afraid that if I had amnesia or something similar, I would go off alone somewhere and no one would know how to help me!
Thanks for the chance to win this Love Inspired Suspense Book!
Cindi
jchoppes[at]hotmail[dot]com

Great blog today. This story looks so good. Please enter me to win.

Her Last Chance sounds like a very intriguing read. Losing a memory over your previous identity is scary especially when there are people who knows more about yourself than you do.

It sounds like a fascinating book. I find the loss of identity an interesting concept. How much of ourselves is in our memories.

Thank you for the opportunity to win this book.

The idea of forgetting who you are but still having your faith is intriguing. I'm always impressed with the way you blend the suspense and inspirational genres to show faith put to the test. Your people just don't declare themselves Christians, they have to act it, while under fire. Very inspiring.

I love the Love Inspired Suspense. This sounds like a series I am going to have to get. Thank you for the giveaway, Lena!

I love LI books and this one sounds great! :)

Thank you all for stopping by and commenting. Its been hectic here with the last few days of school for the kids. And the rain storm we had this weekend. Wow! The lightning was terrific.
One thing I found intriguing in researching amnesia was the sense of smell can trigger memories. I played with that in my book.

This book sounds so interesting. I would love to read it.

Sounds like a very good book. I would love a chance to win a copy.
carlyberd[at]yahoo[dot]com

I've read this book and let me say it was VERY good. I don't normally read suspense books but the cover blurb reeled me in so I had to get it and enjoyed it! Since I've already read it don't enter me!

This sounds like a really good mystery book. Please enter me in the drawing for this book.
Thanks
Katherine

Well I guess I should have left my e-mail address on the above post to be entered.