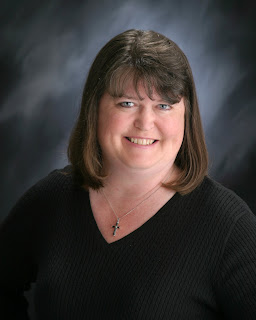 Today, I'm welcoming back one of my favorite authors, Mary Connealy, who is at ICRS right now. Mary, tell us about your salvation experience.

I accepted the Lord publicly at a Lowell Lundstrom Concert when I was about 16. But I remember sincerely believing the truth about Jesus Christ at a much younger age. I was raised in a wonderful Christian home and we were really raised up in the way we should go.

How did you and your husband meet?

My husband, Ivan and I were high school sweethearts. Our first date was a few weeks after my sixteenth birthday. We dated for nearly four years and married about six weeks after I graduated from college. The only reason I hesitated to go out with him was because he was one of my best friends and I was afraid dating wouldn’t work out and I’d lose my best friend.

Thirty-two years and four children later, I’d say I made the right choice by saying I’d go out on that first date.

You’re planning a writing retreat where you can only have four other authors. Who would they be and why?

You are such a brat, Lena. I’ve got about twenty friends I’d like at this retreat, and forty more acquaintances I’d love to have. And sixty more people I’d love to meet.

So how am I supposed to pick four?

I’ve got my Seeker buddies that I love and miss desperately. I’ve seen some of them just recently so maybe I should go for some of the ones I haven’t seen.

I know you have a speaking ministry. Tell us about that.

Yes, I suppose you could say I have a speaking ministry. Despite my desperate attempts to avoid one. Public speaking is soooooo not my thing. But I’ve been trying to be brave in my attempts to market my book, so I’ve done a little speaking. Yeesh.

Oh, for heaven’s sake, Lena. Are you even going to use this on your blog? Or are you just looking for blackmail material? I once started laughing in front of the camera when I was doing the news during a college television broadcast. This was live. I couldn’t stop. The teacher went to a commercial and came and threw me off the set. Which I suspect he was right to do, but I still hated him for it. Awful experience.

People are always telling me that they’d like to write a book someday. I’m sure they do to you, too. What would you tell someone who came up to you and said that?

I tell them to write. Don’t even think about being a writer until you’ve written one whole book. Then get back to me. We’ll work on revisions.

Good advice. Tell us about the featured book.

Montana Rose is something kind of different for me. I’ve had a grand old time writing heroines that are so strong they’d almost dangerous. So I wanted to go the other way, just to see if I could.

Montana Rose’s heroine is a damsel in distress. Cassie is a pregnant widow on the western frontier. At her tyrannical husband’s funeral every man (or so it seems to her) in Montana Territory shows up to try and marry her.

She finally says yes to one man just to escape from all the pressure. Expecting her new husband to be like her old, she quietly waits to obey his orders. Red married her to save her. He couldn’t stand by and let her be dragged off by any one of the men who wanted her. Now he’s married, and because he’s never seen Cassie or her husband darken the doorstep of his church (he fills in when the circuit rider is gone) he suspects he’s married an unbeliever. A terrible sin to his way of thinking.

Red soon learns that he can’t believe anything Cassie says, because she will only say what she thinks he wants to hear. Cassie needs to grow up and learn to respect herself and her opinions. Red needs to teach her how to be a western wife before she destroys his whole ranch.

They both need to believe that this sudden, ill-advised marriage, is all part of God’s plan.

Sounds wonderful. I just received my copy this week. I'm anxious to read it. How can readers find you on the Internet?

Thank you, Mary, for spending this time with us.

Readers, here's a link where you can order a copy of Montana Rose:

Leave a comment for a chance to win a free copy of the book. The only notification you’ll receive is the winner post on this blog. So be sure to check back a week from Saturday to see if you won.

If you’re reading this on Feedblitz, Facebook, or Amazon, please come to the blog to leave your comment. Here’s a link:

Http://lenanelsondooley.blogspot.com
Posted by Lena Nelson Dooley at 3:26 AM

I love Mary's interviews because she is so real and so funny. I did not know she married her high school sweetheart! :)
This book sounds great and I love that Mary stretched herself in doing something new! Sounds like another winner!
sherrinda(at)gmail(dot)com

This book sounds so good! Please enter me. Thanks.

Renee (BlacknGoldGirlsBookSpot) said...
This comment has been removed by the author.
7:27 AM

don't enter me, as i'm already the proud owner of the book. i just wrote on mary's blog yesterday how realistically she wrote mental illness in this book in the form of her villain! :)

I loved Mary's interview. What a great sense-of-humor. It shines through in her writing.

I am REALLY looking forward to reading Montana Rose. I love the marriage of convenience thing.

i have marys other set and i would sooo love to have this one. i really enjoy reading her books, and this one sounds great. please enter my name in the draw.thanks,
sarahwoll at hotmail dot com

I'd love to read montana rose!

Good morning everyone.
I'm in Denver right now at the International Christian Retail Show.
I need to do two book signings and an interview today. It'll be fun and I promise to behave, but seriously I'd much rather just stay in my room and talk to you here. :)

I loved the interview. Not your usual questions, which is awesome.
Please enter me in the drawing.
Thanks

Great Interview!!! I can't wait to read this book!! Her Lassoed in Texas series, is one of my favorites!!!!
Rae Byuel
raebyuel(@)gmail(.)com

I love this interview.
great fun.

This book sounds great! Some of my favorite books are ones where people get married for some sort of obligation and then fall in love. i can't wait to read it.

Great interview. So much personality!!! =)

Great interview! It was a lot of fun. I can't wait to read some of her books. They're sure to be just as great. :)

Talk about a fun and personality filled interview! And the books sounds really good too! Hope I win

Mary is a fave of mine! :D
Can't wait to read this one!

Thanks for the very enjoyable interview with Mary and a chance to win Montana Rose.

I can't wait to read Montana Rose, and the rest of the trilogy! Please enter me.

Montana Rose looks so good. I can't wait to read it.

Gotta love embarrassing moment questions! Poor Mary, but it sounds like it would have been funny to be there!

I'd love to be entered for Montana Rose. It looks cute.

Hi Mary,
You can't beat a good romance book and Montana Rose promises to be just that. Looking forward to reading about things that happen in real life.
Debbie

This book definitely sounds like a "must read." Please include me in the drawying. Thanks!

I'm excited to see another series by Mary Connealy! Please enter me for this giveaway.

I think the premise of this story sounds really sweet! I'm sure the characters do a lot of "growing up" during the book! Thanks for a chance to win!

The book sounds intriguing and I look forward to reading it. Thanks for a great interview. It was reassuring to hear of others having embarrassing moments, as I've been known to repeat some of MY moments too! I'm thinking, "If you can't beat them, join them" or "If you can't laugh at yourself, who can you laugh at?" ... but maybe it really is, "There's no fool like an old fool!" THAT would pertain to me, ha ha!

Hi, please remove my name from the drawing, I just won a copy elsewhere and want someone else to have the chance to win! Thank you!