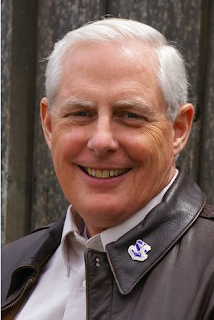 Welcome, Jeff. Tell us how much of yourself you write into your characters.

Sometimes a lot more than I intend to; while I was writing America Under Attack, I had to guard against giving the protagonist too many of my characteristics, but I suppose that some of them inevitably showed up. Not surprisingly, he and I share a number of likes and dislikes; like me, he is an engineer; unlike me, he fearlessly pursues adventure.

As a college student, I edited a science fiction magazine; sales weren’t so good, so I made a sandwich board advertizing it and toured a very conservative engineering campus wearing it and looking like a fool, but sales picked up briskly!

In Junior High school, where I had my first exposure to stories like Red Badge of Courage and Moby Dick. I began to write paragraphs describing scenes and soon expanded them to short stories. I have written in one form or another ever since.

I love adventure stories, especially well written techno-thrillers, as well as science fiction. For non-fiction, I devour histories, especially those about WWII and the surrounding eras. For a change of pace, I like light poetry and biographies.

I am very active in my church, including being a co-leader in two Bible studies and singing in the choir. Being with my friends and fellow believers is a wonderful antidote to the crazy things going on in our world today. My three granddaughters are the best stress relievers God ever invented!

I collect names; I’m always on the lookout for interesting or unusual names and keep a 3x5 card in my shirt pocket to record them. I have found that using a book of names from other cultures and countries is very useful as well. For my WWII story, I researched lists of popular names given to babies 20-30 years prior, since names go in and out of favor – no Trevor’s or Traci’s here!

I was able, by the Grace of God, to raise my two kids to become productive adults and mature Christians. Between them, my wife and I have been blessed with five grandchildren.

Interesting question! I suppose I would be a dog, because their faithful and protective natures appeal to me.

Now I’m in trouble! My wife does a killer pot roast I always look forward to; pizza is a favorite and so is the occasional home cooked hamburger. Unfortunately for my waistline, I like a lot of different foods!

The fear of criticism and ridicule really held me back. I took writing classes I where everyone wrote something and then the whole class discussed it; I discovered I wasn’t much worse or any better than anyone else. Knowing that gave me the confidence to write more and encourage others to read it.

America Under Attack is an alternative history of WWII based on the premise that Germany could have developed heavy long range bombers just like America and Great Britain. How Germany might have used such bombers is the crux of the story. New York City has long represented America to the world, and so becomes the initial target. The poor state of preparedness of the country and a nation still reeling from the aftermath of Pearl Harbor set the stage. The hero is an outstanding pilot who has been kept in the states as an instructor pilot despite his desire to fight in Europe; the villain in the piece is a vindictive pseudo-aristocrat Nazi out to destroy the hero specifically and America in general.

A real "What if" situation. Please give us the first page of the book.

Straight down; the gray-white runway rushing up at him. Heart pounding, stomach clenching. Bile in the throat. The deep roar of the engine now a banshee’s scream; the ground hurtling up at him. Time slowed.

The seat cushion pinched his leg as the G’s built.

Spectators flashed by on the left, then the nose came up. More G’s.

Fifteen hundred feet, knife edge turn to the right. There!

Joel Knight took measured breaths, to slow down his heart. He grinned; this Curtiss P-36 Hawk fighter was a sweetheart. He completed the 180 degree turn.

Around now, roll to the left, runway in sight. Nose down, airspeed building.

“This has to be perfect,” he said out loud through gritted teeth, his gut a hard knot, eyes intensely focused, his left leg all but dancing with adrenalin, the control stick a live thing in his hand.

He hurtled toward the grandstands from the opposite direction.

Careful; the aircraft was so low the propeller tips were clearing the runway by inches. Unseen by him, little tornados of dust blew back from the wings.

Right wing down – a great cascade of sparks arced into the air from the steel rod on the wing tip. Unheard by him, a ragged wave of gasps raced through the crowd.

Wings level. Left wing down, a second shower of sparks.

Kind of makes the reader breathless. How can readers find you on the Internet?

I have a blog at whataboutalternativehistory.com and a page on Facebook

Thank you, Jeff, for a peek inside your ming.

http://lenanelsondooley.blogspot.com/
Posted by Lena Nelson Dooley at 3:06 AM

This book sounds very different and I like something different. I would love to win this book! Thanks ybutler@oppcatv.com

It sounds exciting. If I don't win it, I'll definitely buy it.

I enjoy reading books about WW11..lost my Uncle and many years later my Dad. Please include me.

This book sounds interesting. I would love to read it. I live in S. California.

Would love to win this one. And why havent I thought of the sandwich sign idea???
thanks for sharing.

What an interesting premise for the book. I love the idea of an alternate reality story. Please enter me to win.

This sounds like a great read!
I can share this book with my son after reading!
Thanks for the giveaway!
Charlotte from Ohio
Chakasa58 at gmail dot com

I have read Jeff's book and thoroughly enjoyed it. He did an extensive amount of research to keep the background historically accurate while diverging to the alternate history events. I am eagerly looking forward to the sequel. Jeff and I have been friends for many years and I had the privilege of reading the book in manuscript form prior to it being published and then reading the final, personally autographed version.

This book sounds great. would love to win it! Thanks for the chance.

I think this would be another good book to read.
Miriam from Ohio

Thanks for the chance to win this book!

please include me in this giveaway 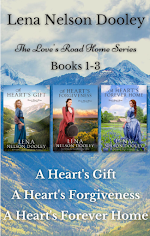 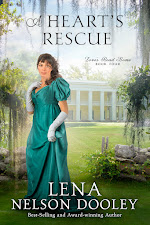