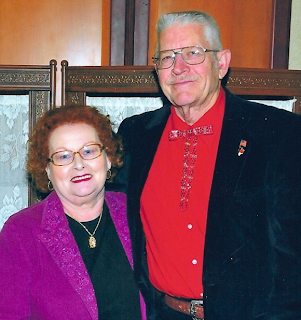 Thank you, dear readers. You make this blog what it is. I love reading your comments and my guests are happy to connect with you.

Since this is one of the most important holiday seasons of the year, we haven't had quite as many interviews post this week. We will announce winners tomorrow, but our next author interview will be on Monday. Today I want to share one of the Christmas stories I wrote several years ago as a gift from me to you. It has been used as a dramatic monologue as well.

Yahweh, I do not know why it is so hard to understand your ways. Eli has studied the scriptures and shared with me the many wonders about you in them. We have tried to live by all your laws . . . but there is so much I cannot understand . . . especially about Mary.
Mary, the joy of my heart. When you blessed our marriage with her, my mother’s heart nearly burst. Even as a tiny baby, she was different . . . so pretty everyone mentioned it. Of course I was proud of her. Hadn’t she come from the great love Eli and I have for one another? Everything I did for her was such a pleasure . . . and she rewarded me with her sweet smiles. She would gurgle with laughter at the slightest attention. Yes, the whole family enjoyed caring for Mary.
A more obedient child I have never known. She thrived on pleasing Eli and me . . . and so smart she was. So young when she could sew a fine straight seam. And no one surpassed her cooking after she learned. I preferred her bread even over my own. I knew she would not be mine very long.
Oh yes, I saw Joseph studying her. At first, he was amused by her. Then a light began to show in his eyes when he looked at her. He thought no one noticed, but a mother sees. I knew he was waiting for her to grow up.
I hoped she would be one of the girls who takes a little longer becoming a woman . . . so young she was when the bloom of life touched her. I hoped no one would know for a while, but I saw the startled expression in Joseph’s eyes when next he saw her.
Very soon Eli told me Joseph had spoken to him about Mary. I was not sorry it was Joseph. Such a good carpenter. He would be able to provide for Mary and their children as Eli had always provided for us. I had wondered why Joseph had not married sooner. He had been established for several years. I think I had known a long time that he was waiting for Mary to grow up, but I did not want it to be so soon.
Their betrothal was such a special time. Mary was busy sewing fine linens for their home and clothing for herself as Joseph built furniture for them. Mary shared their plans with me. After all, I am her mother. Joyfully, I helped her.
I cannot pinpoint the exact time I knew something was different about Mary, but I knew long before she talked to her father and me. I could see the change in her, but could not explain it. I even thought I was imagining it.
The day she talked to Eli and me was a very busy day. She called each of us from an important task. As she began to talk, I knew by her second sentence that she was going to have a child. You remember, Yahweh, I prayed in my heart, “Oh Yahweh, no, anything but that, please. It would break her father’s heart. She has been the apple of his eye.”
Her story was hard to believe. We knew that the scriptures told of visitations from angels, but that was long ago. We did not know anyone who had seen one.
It would have been easier to believe that Joseph could not wait to have her. I know how strongly a man desires a woman. He had waited so long for her to grow up. It has happened before . . . but when she told Joseph, he was so upset. I knew the baby was not his. Maybe her story is true.
I was so hurt buy the talk after she returned from visiting . Other mother had been jealous of Mary for years. She was so much prettier than their daughters, and she did things so well. The story of a visitation from an angel to explain a baby coming too soon was convenient. No one believed it for a minute. I dreaded going to market or to the well. I could hear the whispering that stopped as soon as they saw me. No one would say anything to my face. My heart broke for my sweet Mary . . . and for my pain as her mother.
Then when the child came, I was not even with her. She and Joseph were in . I told her not to go. She could have stayed with us while Joseph went to register in the census, but she would not be parted from him. I even told him the journey would be hard on her and the baby, but would they listen to a mother?
When they decided to stay in , I could not stand it. At least Eli agreed to let me accompany him on this business trip. I had to see my grandchild.
Now, Yahweh, I am holding this tiny baby boy. I still do not know if Mary’s story is true. He looks enough like Joseph to be his son. Yet there is something about him. Not just because he is my grandchild. Surely he is a gift from you.
Of course, every child is a gift from you. Maybe he is something more. Right now only you and Mary know for sure.
As for me, I am going to love him, and tell him how special he is. The rest is up to you.
© Copyright 1989 Lena Nelson Dooley

So from the Dooley household to yours, a very Merry Christmas and a Happy New Year

www.lenanelsondooley.com
Posted by Lena Nelson Dooley at 6:04 AM

Love the story...inspiring:-) Thanks for sharing it and for all the wonderful posts you've had over the year!
Merry Christmas to you!

Wow--what an inspirational story. I can see it as a dramatic reading...I might use this next year at church. It's wonderful.

I loved this story Lena! Tears are stinging my eyes as I write this. I wanted the story to go on and on. I could just picture this story being narrated in our church. With just the right background and music playing softly it would be wonderful.

Merry Christmas to you and your loved ones!

Judy B from IN

Loved the story! Merry Christmas from Beth in Iowa!

So precious..thanks for sharing, and i love it. Merry Christmas, Lena and family

Thanks for sharing the story, I loved it!
Merry Christmas!!!
And God Bless You!
Abigail Grace Richmond
Age 16
Blanch, N.C.

Thank you, dear readers, for letting me know how much the story blessed you. I actually have a set of six early Christmas stories that are also dramatic monologues of people directly affected by the birth of Jesus.

Wow, Lena! I love this story. Thanks for sharing.

What a beautiful story! I enjoyed it immensely! Thank you for sharing with us.