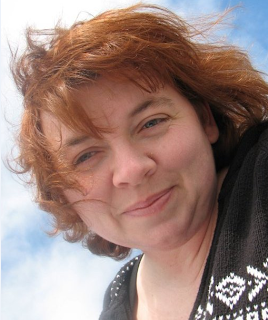 Tell us how much of yourself you write into your characters.
Wow. Probably about a little bit of this and a little bit of that. Some of the characters insecurities I write from experience, as well as the traumas and grief. I also take the temptation of addictions, such as alcoholism, and broaden it a little to create conflict for my character as I did in Mississippi Nights.

What is the quirkiest thing you have ever done?
I danced in the middle of Wal-Mart. A cool song was playing in electronics and my sons didn’t think I would. Never doubt me! I boogie danced down that aisle.

When did you first discover that you were a writer?
When I was six I wrote a poem titled “Cats.” I still have the original manuscript. When I was fourteen, that’s when I learned about my passion for writing and creating stories. I think it all came from vivid dreams I would have and still have.

Tell us the range of the kinds of books you enjoy reading.
Westerns, such as Louis L’Amour, Classics (Shakespeare, Poe, Tennyson, etc), Action (Ludlum, Forbes, Flynn, Kendig, etc), Sci-fi (I have an out of print collection by Simon Lang), General Fiction, some historical and romance…my interest is never set on just one particular genre or style or author. But I am particular about what I read.

How do you keep your sanity in our run, run, run world?
I don’t run, run, run. That is probably why so many in my family become perturbed. I’m a laid-back-in-my-own-time-don’t-rush-me kind of person. I just never see a reason to rush around.

I’m married to one of those. How do you choose your characters’ names?
They literally will pop into my head. I choose a first name and then play around with last names until it sounds like my character.

What is the accomplishment that you are most proud of?
My first book in print. It was a dream and now it came true.

If you were an animal, which one would you be, and why?
A panther. Ever since I seen one at the zoo I loved how graceful and sleek the black panthers are when they move. They are such beautiful creatures.

What is your favorite food?
It’s a toss-up between strawberries and figs. Too bad you can’t live on that alone because I sure would.

One of the men that my husband does volunteer work with had a fig tree, and this year, he invited James to come over and pick some. What a treat! What is the problem with writing that was your greatest roadblock, and how did you overcome it?
I’m still trying to overcome brain-deadness. That’s what I call it when I can only pound out less than 500 words during the day.

Tell us about the featured book.
Mississippi Nights was a book that started when I was sixteen. I changed the characters around a little, changed some names, brought one back to life, and added more to the story. Basically I experienced life and put “life” into the story. Touching on the subject of alcoholism wasn’t hard for me because I knew of the temptation it creates and the addiction it holds; but, I wanted to show how someone can overcome that problem with the love of family and Christ.

The best part, I think, is the interaction between the two brothers, one is a firefighter and the other a police officer. They were extremely close until tragedy struck. Now they have to overcome their estrangement to help bring the younger brother back from the brink of destruction.

I wanted to take real life and real words and show readers real faith. Through the younger brother’s struggle and through his reconciliation with God and his family, I hope that the words and story will help in bringing someone closer to Jesus.

Sounds great. Please give us the first page of the book.
Prologue:
The squad car radio blared its announcement and caused Sergeant Jeremy Boyette to dribble coffee down the front of his uniform. Nine o’clock at night with four more hours to his shift, Jeremy needed the extra caffeine kick to stay awake. He swiped at the wet spots and scowled.

The radio blared again, asking for J forty-three to contact dispatch. Jeremy reached over to turn it down. Same-o, same-o. A quiet May night. The flickering neon light from the movie theater’s sign beat a tempo against the hood of his car. He had parked his squad car by the building and decided to enjoy his rare Jack’s Express coffee, taking a much deserved break. His only battle was the one he waged against the jumbo jet mosquitoes.

“You sleeping in the squad car again?”

Jeremy grinned at his brother’s teasing, “Naw, just taking a break. It’s quiet tonight. Where are you?”

“Thought you were off tonight.”

Thank you for spending this time with us.

Readers, here are links to the book. By using one when you order, you help support this blog.
Mississippi Nights

would LOVE to win.

Breanna said...
This comment has been removed by the author.
3:21 PM

Love the cover. Best wishes on your debut novel. I live in the north georgia mountains.
Debbie m
debbiejeanm@gmail.com

I do love fresh figs.

For many reasons I would LOVE to win this book

I would really enjoy reading Mississippi nights. I'm from Mississippi and my husband and I are both volunteer firefighters. The book sounds great!

This sounds like the best book ever.....hope I win it....Faith's Nana

Hi, everyone. I wanted to stop by and say that I have enjoyed reading the comments. I really appreciate the interest in my debut novel. Forgive me for not replying to each comment. My internet is out for a while and replying by a supposed-to-be-smart phone is difficult. I look forward to hearing what y'all think of the story! :-)