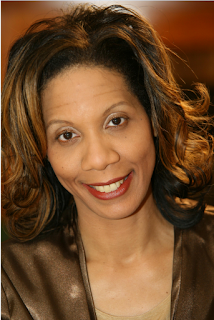 Welcome, Pat. Tell us how much of yourself you write into your characters.
My strengths and weaknesses can be intertwined in one or more characters’ personalities in any one of my novels. But it’s not limited to me, I might write other people’s personalities and mannerisms into the characters.

What is the quirkiest thing you have ever done?
You want me to limit my craziest to just one? Hmmm. I still can’t think of anything recent.

When did you first discover that you were a writer?
It’s more like I first accepted that I had indeed become a writer after my first novel was published and I received that first encouraging email. That’s when I said to myself, “I really am an author.” Up until that time, I didn’t know if I had what it took to hold a person’s attention with my musings or not.

Those emails from readers are so important to us as authors. Tell us the range of the kinds of books you enjoy reading.
Christian romance, biographies, and anything connected with genealogy, especially African-American related material.

I loved the way you used the genealogy information in this book. How do you keep your sanity in our run, run, run world?
Take naps when I’m exhausted. I’m deadline oriented, so I’m a stickler when it comes to making a schedule whether it’s cleaning, writing, or sewing, I believe in sticking to it. That’s the only way I can be productive.

How do you choose your characters’ names?
Sometimes I have a name, but I have also changed names several times before I finish the story because the name didn’t fit the personality I wanted to portray. For example, in a recent ebook, I had Juanita as the main character’s name. By the time I finished, I had changed it to Jillian. I couldn’t see a woman named Blanche being a spitfire character in my book, but I could see Cheney or Tyra.

What is the accomplishment that you are most proud of?
First off that God chose to use me to share the good news about His salvation plan and purpose through entertaining Christian tales. Second is that others have nominated my work for awards.

If you were an animal, which one would you be, and why?
Considering I never wanted to be an animal, it would be a toss up between a bird and fish because they both are beautiful creatures. But seriously, I prefer being a person.

What is your favorite food?
Candy, hot dogs. and popcorn (a must have when watching a movie).

What is the problem with writing that was your greatest roadblock, and how did you overcome it?
Learning to manage my time, so I’m not burning a candle at midnight to meet a deadline. I’m a slow writer—about two pages an hour. Based on that calculation, I know how long it will take me to finish a 70-85,000 word novel if I write 5 days a week.

Tell us about the featured book.
In The Guilt Trip, Aaron “Ace” Jamieson is living a carefree life. He’s good-looking, respectable when he’s in the mood, but his weakness is women. If a woman tries to ambush him with a pregnancy, he takes off in the other direction. It’s a lesson learned from his absentee father that responsibility is optional.

Talise has a bright future ahead of her. She’s pretty and has no problem catching a man’s eye, which is exactly what she does with Ace. Their chemistry is undeniable and their passion explosive, but there’s one catch. Trapping Ace Jamieson is the furthest thing from Talise’s mind as she is determined to be a good parent when she learns she is pregnant and Ace rejects her. “I want nothing from you Ace, not even your name,” Talise means it.

But Ace’s big brother and cousins don’t plan to let the child who represents the twelfth generation descendant of a royal African tribe leave the fold. Whether Ace decides to accept his responsibility or not, Ace’s family embraces Talise to his shame. Before long, it’s his own guilt trip that leads him to the prayer altar.

He learns the blessings from his Heavenly Father to overpower the sins of his earthly dad.

The Guilt Trip is Book II in the Jamieson Legacy, but is actually a spinoff of the Guilty series.

Twenty-eight-year-old Aaron “Ace” Jamieson wasn’t married and never had been married. He wasn’t planning to pick out a tuxedo to meet a woman at the altar any ime soon. To maintain that resolve, Ace displayed the highest level of professionalism when it came to playing the dating game.

He had learned from his buddies that at the three-month mark, women began fantasizing about permanent residency. Therefore, his benchmark was seventy-two days or less. Ace was upfront with the ladies that he wasn’t looking for anything serious.

As he shaved, he snickered, recalling some of the tactics women used to trap him into marriage: lavish gifts, on-demand intimacy, or claiming to carry his love child.

Shaking his head in disgust, Ace rinsed off his razor. He methodically massaged aftershave on his face and throat. Women’s bluffs didn’t make him blink. He would not be lured into any baby momma drama.

But something had happened to his determination three months ago when his cousin’s friend introduced him to Talise Rogers. She swept him off his feet on the first date. There was something alluring about her independence, confidence and her exotic dark features on brown sugar skin.

Humph! Their connection was more than the explosive physical attraction. If there was a soul mate, Talise was it. Friends called her Tallie. To Ace, she was his . He was convinced she had an invisible grip on him that was about to bring him down, and he wasn’t complaining. It took some back-and-forth battling between his mind and his heart, but Ace thought Talise just might be the one he couldn’t let get away.

How can readers find you on the Internet?
Besides www.patsimmons.net, I’m on twitter @patsimmons and FB @patsimmonsauthor. I also have a Guilty series fan club page on Facebook.

THANK YOU SO MUCH FOR THIS !!!

And thank you, Pat, for agreeing to be on my blog when I contacted you. The premise of your book intrigued me for a lot of reasons, and I read it as soon as it arrived. I loved your story and had a hard time putting it down. It was written from an African-American perspective, but the story could be pulled from almost any culture in these modern times. A very good book. My readers will love it, too.

Readers, here are links to the book. By using one when you order, you help support this blog.
The Guilt Trip (The Jamieson Legacy)

Posted by Lena Nelson Dooley at 6:54 AM

Thank you Lena for showcasing my work and I look forward to interacting with your readers!

thanks for the chance to read this wonderful story, lena.

Wow, Pat sounds like a powerful novel about families and responsiblities. i would be honored to win. Thanks, Lena

Sounds like a book that covers some serious topics but also has a definite sense of humor! Thanks for the interview and book review!

Breanna said...
This comment has been removed by the author.
10:25 AM

Thanks, I enjoyed that :)

sounds most interesting. thanks for the chance to win a copy
live in ND

Definitely sounds very interesting and very different from other books that I have read. Thanks for the opportunity of reading this book.

Thanks for the chance to win this book and for the great interview.
Beth from Iowa

Ladies, thanks for your interest.
I have more excerpts at my website
and I hope the reader who wins will post an honest review on Amazon.
www.patsimmons.net

I'll have to find all the other books related to THE GUILT TRIP, because it looks wonderful.

Love to win "The Guilt Trip." The interview is great and the storyline seems really good. Count me in please. Blessings! Darlene from MO
spangldlady[at]gmail[dot]com

Hi Darlene from one Show-me-State resident in St. Louis to another, I receive your blessings. Thank you.
Thank you Mary Preston for your interest in my other books. God bless you!
Sharon, I have great reviews posted on Amazon and Christianbooks.com.
God bless everyone who is interested in giving me a try!
Thank you again Lena.

This sounds really good! I like the redemption aspect to it. I'm in MN.

Oh wow, loved the blurb. I HAVE to read this book! Thank you for the giveaway!

A great interview! The storyline follows a age-old scenario in the lives of many people I think. I would love to read it. Blessings! Darlene
spangldlady[at]gmail[dot]com

Enjoyed reading the interview! :) The story sounds interesting! :) Thanks for sharing the excerpt!

Unknown said...
This comment has been removed by a blog administrator.
9:23 PM

I'm in suspense. Seems like an awesome Christian novel. I must readIt! 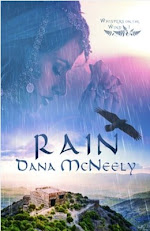