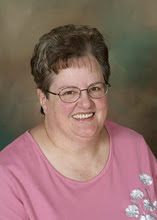 Welcome back, Darlene. Tell us about your salvation experience.
I was blessed by being seven when my mother was saved. I saw the difference the Lord made in her life. Two years later, during Vacation Bible School, I raised my hand when our teacher asked who wanted to ask Jesus in their hearts.

Another factor was the fact only people who were born again could take communion. I wanted to belong to God’s family, too!

You’re planning a writing retreat where you can only have four other authors. Who would they be and why?
Oh, my. I would love to be in a retreat with Susan Page Davis. We have been each other’s critique partners, sounding boards for brainstorming, and encouragers, and working face-to-face would be lovely.

There are many writers, past and present, whom I admire. But during a retreat I would like to work and to fellowship. For that reason, I would like to include the other two members of our critique group: Cindy Hickey and Carla Olson Gade.

To round out our group, Tracie Peterson would be awesome; she’s an amazing historical author with a real heart for writers. She was also the first person to believe in my writing; she contracted bought my first book, Romanian Rhapsody.

Tracie also contracted at least six of my Heartsongs. Do you have a speaking ministry? If so, tell us about that.
Not as much as I would like. I have spoken some to local writers groups, but that has slowed as my health has declined.

People are always telling me that they’d like to write a book someday. I’m sure they do to you, too. What would you tell someone who came up to you and said that?
I ask them what they’d like to write about, or if they’ve done any writing. I give them information about our local ACFW chapter and share my basic, always-true tip for writers: read, read, read and write, write, write.

In other words, I give them information that will help them realize their dreams without giving away my time.

I feel the worst about people who want to write but don’t know the most basic information. One lady (from my church) wanted me to read her handwritten manuscript. After I requested a typed copy, I never heard back. When I gave another lady basic formatting information, her revised manuscript was worse than ever.

Tell us about the featured book.
This is from the back cover of the book.
Love and faith collide in a .
Penniless and brokenhearted following her mother’s death, Blanche Lamar is surprised to receive a mysterious summons from a father she’s never met. Then ship purser Ike Gallagher informs her that her father, Captain J.O. Lamar, has died and left her the steamboat Cordelia as her inheritance.
In spite of her reservations about life aboard a steamboat and without other resources, Blanche agrees to travel downriver from , and talk with her father’s lawyers. She soon discovers a different side to her father as she’s befriended by the curmudgeonly pilot, Old Obie. As Obie teaches her to pilot the steamboat, he also encourages her to trust her growing feelings toward Ike, something she’s resisting.
But as circumstances conspire to tear Blanche and Ike apart, they must act on faith or sink a possibility of a future together.

Please give us the first page of the book.
Salt residue marked the trail of Blanche Lamar’s tears down the front of her black twill suit. “At least I didn’t need to buy new clothes for the funeral.” A hiccup interrupted her sobs.

Dipping a washcloth in a basin of cool water, she blotted away the evidence of tears from her face and dress. She raised her face to look in the mirror. Mama always said that a lady should present a neat appearance, no matter what.

Hollow brown eyes stared out of her pale face, whiter than usual beneath her always bright auburn hair. Her black hat would cover the chignon, hiding the riot of color that had irritated Mama so.

“Oh, Mama.” Blanche rubbed her eyes, but nothing stemmed the flood of tears.

A gentle knock fell on the door, and Mrs. Davenport, the pastor’s wife, slipped in. “It’s time.” Clucking, she put her arms around Blanche’s shoulders. Mama would be mortified by Blanche’s puffy eyes. She sniffed the tears. . .and grief. . .inside.

Nodding, Blanche followed her down the hall to the sanctuary. If only she had some other family member to accompany her—a father, brother, sister, aunt, grandparent—but she and Mama had been a tight family of two. Did one person constitute a family? I’m alone. Reverend Davenport and his wife were kind, but they couldn’t tuck her in at night or tell her stories about the past. Tell her about the father Blanche had never known and now never would.

Organ music streamed through the open door of the sanctuary. “Rock of Ages.” Mama loved that hymn. Blanche bit on her bottom lip against renewed tears.

“There’s a good turnout. People admired your mother. You’re not alone.” Mrs. Davenport gestured at the sanctuary, three-quarters full of people, men and women, dressed in the same sober black as Blanche.

Except for one blot of color. A lone man, his hair nearly as red as her own, sat by himself on the back pew. His dove-gray suit glowed in the sea of black that made up the congregation. She searched her memory but couldn’t place him. What was a stranger doing at her mother’s funeral?

Dear readers, I have read this novel and loved it. I’ve been interested in riverboat books for quite a while, even contemplating writing one myself a few years ago. I learned a lot about riverboats from Darlene. I hadn’t realized that they ran on in this time period. I think you’ll love it, too.

Darlene, how can readers find you on the Internet?
They can find me at the blog/website: http://darlenefranklinwrites.blogspot.com.
I’m also on Facebook under my name.

Thank you, Darlene, for sharing this story with us.

Readers, here are links to the book. By using one when you order, you help support this blog.
A Bride's Rogue in Roma, Texas

I have been wanting to read A Bride's Rogue in Roma, Texas.
Amy C
VA

I love these books, thank you for hosting this giveaway.

thanks for the chance to read this story

I WOULD LOVE TO WIN. ANGELA FROM KY

Wow, this book does look quite interesting... I have been interested in riverboats since I found out that they even came to my own home state of Montana not to mention having read enough Mark Twain.
Jasmine in Montana

I love historical westerns - would enjoy reading this
cheryl in IL

I don't think a writer could read or write too much. It's all a learning experience.

I enjoyed the interview and would certainly like to read the book. Thank you for the chance to enter. Judy C. in Louisiana.

Thanks for the review and giveaway!
Living on a steamboat would certainly be an interesting life, I'm sure you would meet many interesting people.

i love it when heroines are pushed outside of their comfort zone, and A Bride's Rogue sounds like that. Thanks for a great post, Lena and Darlene, and the chance to win.

i did it again. Sorry Lena...i am from northern Alberta

Looks and sounds interesting,Enter me!!
Thanks for the giveaway and God Bless!!
Sarah
Blanch,N.C.

I really enjoyed this interview and review. A riverboat sounds like such a great setting for a book!
Beth from Iowa

Hi Sarah, Beth. Thanks for stopping by! And Lena, thanks for your kind words! I'm so glad you enjoyed the book.

thanks for chance to win Darlene's book
live in ND

Oh, this sounds like a wonderful read! Hope it's me!

Melody, Apple Blossom (Abbie?), Sharon, thanks for your interest in my book!

Sounds great, as always! :) Please enter me. I'm from NC.

Sounds like a great read. Will have to put it on my wish list! Thank you for the chance to win a copy.

Katie, Karen, I see you're both from the east coast. I pray that all is going well with you. Thanks for stopping by.

A riverboat setting sounds fun, I'd love to be entered for A Bride's Rogue in Roma, Texas.
Merry in TX

No wonder I love my gambler, Ike--I fell in love with James Garner as Maverick years ago! Riverboats are fun.

This sounds fun! I'd love to learn more about steamboats. I'm in MN.

Hi Sharon, thanks for stopping by!

How very interesting--riverboats on the Rio Grande---didn't know that. I think this sounds like a wonderful read. Lovely interview. Please put my name in for a chance to be drawn. Blessings! Darlene, Springfield, MO
spangldlady[at]gmail[dot]com

Well, hi! Darlene--from Darlene. Thanks for stopping by.

Thank you for the contest.
NylaKay from Indiana

This book sounds really good. I would love to win. Will have to check the library and see if they have it.

The book sounds very interesting. Want to read more. Thank you for a chance to win it.