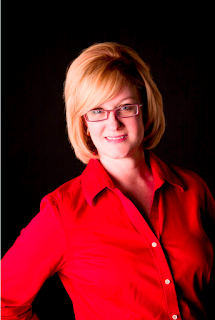 What other books of yours are coming out soon?
The third book in the British Missive series, The Bride of Thistleloch Castle comes out Nov 1

James and I were in the studio audience when Beth and her husband were interviewed by James Robison. We really enjoyed it. What historical person would you like to meet (besides Jesus) and why?
I would love to meet Corrie Ten Boom. When I was 12, I saw the movie about her life, The Hiding Place—set in WWII about how her family hid Jews in their home in , and read the book by the same name about 12 times. That story of selflessness gave me such a heart for the Lord.

How can you encourage authors who have been receiving only rejections from publishers?
Try e-publishing. If your work is good, you will do very well. If your book doesn’t sell, you’ll know that you don’t have the craft of writing down well enough, and then you’ll know it wasn’t just the editors.

Tell us about the featured book.
In a world where position and rank are everything, can two souls stand firm in their desires and their faith?

In the courts of King Louis XVIth and Marie Antoinette, a storm is brewing that will overthrow a monarchy. Caught up in the maelstrom is a young peasant girl, who becomes a pawn in a hopeless attempt to quell the peasant rebellion. But the cost to her is greater than she could ever imagine.

Aimee is forced to leave her family to live as a Princess Claire, the adopted daughter of to appease the growing unrest among the peasants. Unfortunately pretending to be raised as a royal requires that she accept a betrothal to an English duke. Now living in the Queen’s House () and dreading the day of her marriage, she clashes with the duke’s secretary, the one man who could reveal her true identity. But when his life is at stake, can she learn to wait the Lord to give her the desires of her heart.

Please give us the first page of the book.
I can do this…

Aimee scurried into place, wishing a pox on her unforgiving corset. Two footmen opened the high double doors, leading into King Louis and Queen Marie’s Grand Appartement du Roi at the . She ceased tugging on the flounce at her waist, attempted to take in a breath, and hiccupped.

Not now. Pressing her lips together, she willed them to absorb the sound. She braced herself for another performance as Princess Claire, the adopted daughter of , as she had come to be known.

She moved into the gilded chamber, the courtiers whispers echoing around her. Their attentions bore down on her like the light from the corpulent chandeliers adorning the painted ceiling. She swallowed back another hiccup with a small jolt to her shoulders.

Richly colored Persian carpets gave way to hand-polished wood floors as she stepped past window-sized portraits of frightful-looking deceased members of the French royal family. With each movement she took, her silk dress, the color of a fading sun, rustled and the heavy jewels clutching her neck bobbed. Not paste this time, but real gems.

Her pin-pricked fingers hidden beneath silky white gloves itched to secure the diamond and jade tiara that gripped her elaborate coiffure. This was by far the grandest she’d ever been displayed. It did not bode well.

A hiccup burst from her lips. Despite the burning of her cheeks, she kept her gaze fixed straight ahead, as her shoes tapped on the parquet floor. A dozen or so courtiers receded in her procession. Typically, the sovereigns only called for her when they needed their former peasant girl, dressed up like a stuffed pig, albeit minus the apple, to appease the masses, thus showing their subjects evidence of their great benevolence.

But this regal gathering was considered a private audience, which could only mean she’d done something wrong. But why had her guardians commanded that she be out-fitted in such a grand fashion to be chastised? She forced another hiccup to die in her throat.

No matter the reason, these royal summons never failed to bring a plunging wave of dread. Her neck aching, she tugged on the rope of jade balls that hung like heavy fetters, and suddenly with a snap, the string broke. With a gasp, Aimee watched as the asparagus-colored balls fell to the floor and scattered in all directions, resembling frightened mice. A few attendants tittered behind their hands.

Aimee snuck a glance at Queen Marie. Even a fair distance away, the queen’s lips looked thin and white. I can do this… Aimee gulped in air, forcing her terrified thoughts to slow down. At least the hiccups had stopped. She had to act as a princess.

I can hardly wait to read this one. How can readers find you on the Internet?
www.theresestenzel.com

Thank you, Therese, for sharing this ebook with us. I know how much research you do to make your stories authentic.

Readers, here’s a link to the book. By using it when you order, you help support this blog.
Forever and a Day (British Missives Series)

Posted by Lena Nelson Dooley at 6:40 AM

Email ThisBlogThis!Share to TwitterShare to FacebookShare to Pinterest
Labels: Forever and a Day, Therese Stenzel

from the Black Hills of SD!

I love my history wrapped up in a great story. FOREVER AND A DAY looks wonderful.

Wow a great story, at least page one. I look forward to reading it.

OMIGOSH, I haven't talked to you in years, my friend, and I am SO thrilled about your books!! The excerpt sounds WONDERFUL and I LOVE the cover too!

thanks for the chance to win this book

I'm always looking for good books to add to my Kindle, and I love a good historical!

What a lovely cover!
Jasmine in Montana

Read from MY KINDLE all the time, so a free book would be fabulous. Thank-you for the contest. Sharon, San Diego

Oh, this sounds very interesting. Would love to read it.