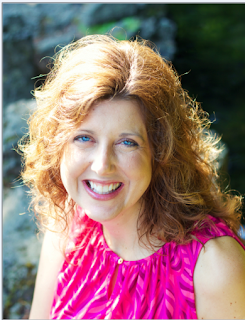 Welcome back, Melanie. Why did you become an author?
I’ve enjoyed dreaming up story ideas and keeping a journal since I was a child.

When I was nine, I typed out my “autobiography” (it was only a few paragraphs J) and eventually went to college for journalism. After a few years working in public relations, I felt as if God was prompting me to pursue my dream to write fiction. It took seven years—and multiple manuscripts—before my first novel was published. I’m grateful for the opportunity to continue writing down the ideas that spark in my mind and heart.

If you weren’t an author, what would be your dream job?
Probably an archeologist or history professor. A job where I’m continually learning new things and visiting new places.

If you could have lived at another time in history, what would it be and why?
I don’t think I would want to live during another time, but my daughter is planning to invent a time travel machine when she grows up. I’m planning to borrow it and travel back to the time of Christ so I can sit at His feet and learn. Then I’ll journey forward through the centuries, stopping along the way to meet a long list of people and experience firsthand their stories of sacrifice, courage, and adventure.

That sounds like the beginning of a novel to me. What place in the have you not visited that you would like to?
One of my dreams has always been to explore ! Our family just got back from a week kayaking, hiking, horseback riding, and swimming in . It was an amazing experience.

How about a foreign country you hope to visit?
I’ve always wanted to visit . About fifteen years ago, my husband accepted a job there, north of , and we shipped over our things. Right before we left, we received a phone call that the company’s contract fell through so our things came back via boat, and Jon took a job in instead. One day we’ll go!

I’ve always wanted to go to and . What lesson has the Lord taught you recently?
1 Chronicles 28 says: “Be strong and courageous, and do the work. Don’t be afraid or discouraged by the size of the task, for the Lord God, my God, is with you. He will not fail you or forsake you.” I’ve been so encouraged by this verse recently as the Lord has been showing me that if I am faithful to do the work that He’s given me to the best of my ability, I don’t have to be anxious or discouraged at the sometimes seemingly overwhelming size of these writing or editing tasks. 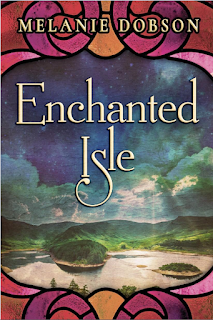 Tell us about the featured book.
Enchanted Isle is a historical mystery and love story inspired by an amusement park that I loved as a child. Sadly this park is now abandoned but the wonder and beauty of it is still very much alive in my mind.

As I began crafting this story, I visited ’s Lake District, near the border of , and I quickly realized that this magical, rugged land of lakes and fells, legends and lore, would be the perfect location for Enchanted Isle. And so I began to build my park on an island there, each ride inspired by the legends and beauty of the sea.

The story begins in the spring of 1958 as Jenny Winter embarks on a two-month adventure to a quaint village in the . Adrian Kemp, a handsome and enigmatic local, makes the sightseeing even more beguiling—and he invites Jenny into one of the area’s most enduring legends.

When shows Jenny his late father’s abandoned dream, a deserted island amusement park, she glimpses a kindred spirit in this reckless, haunted young man. Yet as she opens her heart to , the two stumble into a labyrinth of mystery leading back a generation to an unforgettable romance and an unsolved murder that still casts a shadow over the lakes. As long-held secrets come to light, it’s left to Jenny and Adrian to put the past to rest and restore a lost dream.

I just finished reading the book last week. Please give us the first page of the book for my blog readers.
August 1935,
Gilbert Kemp whistled as he trekked down the steep hill to Windermere, whistled as he circled the water’s edge toward the boathouse. Not that he was happy about retrieving his older brother from the park tonight— Simon should have been home hours ago—but earlier this evening, Liz had said yes. Yes, she would marry him and stay here in this district of lakes. Yes, she loved him, just as he loved her.

The thought of Liz leaving for had completely wrecked him, but now, with a simple question, everything had changed. They would be married in the spring, along these daffodil-spiked banks of this lake.

A sound—the trill of a tawny owl—echoed through the beech trees along the bank. He glanced across the sparks of starlight on Windermere’s surface, toward the island where Simon Kemp and Curtis Sloan had sparked their own version of magic. An amusement park that thrived in as the economy struggled to recover from its depression.

Most of the rides were hidden back in the trees, but he could see the light from the Torrid Typhoon, a wooden roller coaster that peaked above the forest and then plunged down toward the water, the cars surfing through the waves of trees.

Tonight the park had closed for the season, most of the summer visitors returning home after their holiday, but his brother was still on the island. Maria, Simon’s wife, was worried and for good reason. Simon’s behavior had been odd the past month, even for an eccentric man. His park was making money, hand over fist it seemed, but paranoia had begun to plague him. Several nights ago, he’d even told Maria that Curtis was stealing from them.

Tomorrow, he’d take Simon to a doctor over in Kendal. The man, he suspected, would tell his brother to hibernate during the winter season. Then Simon would return to his typical eccentric self when he and Curtis reopened their park next spring.

How can readers find you on the Internet?
I love to connect with readers! The best places to find me online are at on my website (www.melaniedobson.com) or on my Facebook author page (www.facebook.com/MelanieDobsonFiction/).

Thank you, Melanie, for sharing this book with me and my readers. I loved reading it. The well-defined characters with different personalities and quirks really interested me. The setting shone through the happenings, giving me a feeling that I was there in the Lakes District, too. And I always love a romance and a mystery in the book. With this one we had a few bonuses.

I love books by Melanie Dobson and this sounds like a great read. Thank you for the chance to win a copy.

This book sounds very intriguing. Thanks for sharing the first page and for offering this giveaway.
Blessings!
Connie from KY
cps1950(at)gmail(dot)com

What a great book....I would love to read it! And, by the way, I love your name!!! Melanie Backus, TX

I LOVE LOVE LOVE your books Melanie! :) And this one sounds extra good, I LOVE mysteries! I hope I get to read and review it.

Enchanted Isle sounds like it has a few mysteries and some romance. After reading the first page on this blog, I want to read the book.

Oh this sounds like such an excellent story! And the cover is stunning!
Thanks for the interview and giveaway! :)
Raechel in MN

Such a beautiful cover and intriguing story. I would love to win a copy! 😊
Vangie in NC

I haven't read any of Melanie's books yet. This looks and sounds like a wonderful book. I'd love to win a copy.


I love Melanie's books. This one sounds like a winner. Thanks for the chance to win a copy.
Brenda In
VA

Thank each of you so much for your kind comments! I like your name, too, Melanie Backus. :)

I've read and enjoyed several of Melanie's books. Enchanted Isle sounds like a great book. I love a good mystery with some romance. Thanks for your interview with Melanie and the book giveaway.

I've not yet had the pleasure of reading Melanie's books. Enchanted Isle sounds amazing. Thank you for the opportunity to win a copy.

Melanie is such a talented author. Her new book looks like another that I would enjoy reading!
marypopmom (at) yahoo (dot) com
Maryann in New York

Melanie Dobson's books are always a hit with me.
Dianna in TN