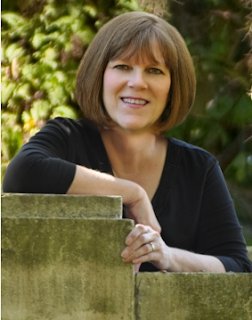 Welcome back, Susan. I just finished reading the featured book today. It is wonderful. What are some of the spiritual themes you like to write about?
I find that I write about trusting God a lot. I know this theme comes up often because I struggle with this in my life. I was raised to be very independent and to do for myself. To take charge and make things happen. It wasn’t until I was an adult that I learned to rely on God and at times I still fall back into the old me where I want to do things my way.

What other books of yours are coming out soon?
I have a new romantic suspense series called The Justice Agency releasing in 2012. This series is about five adopted siblings who work in various fields of law enforcement until their adoptive parents are murdered. When the police can’t figure out who killed their beloved parents the Justice siblings come together to solve the case. They discover in the process that they like working together and they form an investigative agency called The Justice Agency. They dedicate the agency to helping people who traditional law enforcement is either unable or unwilling to help. Double Exposure, the first book of this series will release in June 2012 and Dead Wrong will release in November 2012.

We need to get them on my 2012 schedule. If you could spend an evening with one contemporary person (not a family member of yours), who would it be and why?
I’d love to spend time with Charles Stanley. I listen to his weekly TV show every Sunday before church and during the week his radio program when I need encouraging. He is such an amazing man of God and I would just love to discuss life with him.

What historical person would you like to meet (besides Jesus) and why?
I’d like to meet John F. Kennedy. He was assassinated when I was a child and I’ll never forget that time. Then of course there is still talk of a conspiracy theory so I would like to meet him and find out who the real man is behind all the media hype.

How can you encourage authors who have been receiving only rejections from publishers?
The most encouraging thing I can say is that all published authors have been rejected so you are in fine company. Some authors more times than others, but it is extremely rare for an author to have their first book published. So don’t give up. Keep trying and your time will come.

The Christmas Witness, my third romantic suspense book in the Morgan Brothers series releases this month. This book features Reid Morgan, the oldest brother in the family. Here’s the back cover blurb.

When a criminal threatened to kill Megan Cash if she testified against him, she didn’t back down. Years later, he’s out of jail and ready for revenge against Megan and her daughter. The only one who can protect them is the former FBI agent who broke Megan’s heart.

But Reid Morgan isn’t the same man—he’s now a widowed father with a harrowing past. . .and a heart more guarded than ever. Still, he’s the only one who believes Megan when she says she’s in danger. Because someone wants to make this a Christmas she won’t live long enough to forget.

Norman Fowler was free to terrorize her again.

Terrifying, breath stopping, the man who’d held her at gunpoint during a bank robbery coming back into her life. Now he was here, striding across the gas station lot, heading toward her car. Had he seen her? Worse yet, followed her to make good on his threat?

Averting her face, she considered flooring the gas pedal and fleeing, but where could she go?

Two cars in front. One behind. Three at the island to the side. All with nozzles feeding gas tanks. She was trapped unless she wanted to jump from the car and take off running, making herself even more of a target.


She’d seen him hundreds of times in the twelve years since she’d testified against him. The pockmarked face with the long jaw jutted out in anger, a tattered Tacoma Rainiers baseball cap snug on his head and hiding long dishwater blond hair, thinning in the back.

Hundreds of times she’d been wrong. Had to be wrong. He occupied a federal prison cell for robbing the bank where she’d worked. But today was different. He’d served his twelve-year sentence and could be free.


Thank you, Susan, for the interesting interview.


Readers, here's a link to the book. By using it when you order, you help support this blog.
The Christmas Witness

I really enjoy the previous books in this series and look forward to reading this one as well. After listing your books and what they are about on my blog, they all look good!

sounds like a wonderful book thanks for chance to win

The novel sounds great. Would love to win. i find being dependent on God is difficult. All our lives we are encouraged to be independent ..from the time we start walking. So i find it not so surprising that this topic is written about so much. Thanks for the great post and giveaway

Thanks so much for the sweet comments, Judy. I really appreciate all you do to promote my books and other author's books on your blog.

Thanks for stopping by Apple Blossom. You must be cold up there in North Dakota! I grew up in WI and Christmas is the one time of year I miss the cold and snow?

Marianne I so agree. I frequently wonder when I should take charge and when it's running ahead of God!

Sounds like a great read, thank you for hosting the giveaway.

I live in FL

What a scarry situation to be in!
Please enter me in the drawing.

I live in TX. I love to read. teddytukufu(at)gmail(dot)com.

The little excerpt you gave of the book had me on pins and needles. The Christmas Witness sounds awesome!
jennydtipton[at]gmail[dot]com

I'd love a copy! I'm in Ohio :)
cbus.blogger@gmail.com

Patty, all I can say is I am glad I don't find myself in the situations I put my characters in.

Thanks for the kind words about the book Wfnren, Bethany, and Jenny!

This sounds like a very interesting book. I love Christian suspense and I love to find new authors. Would love an opportunity to read this book.
Rebecca from NC

A christmas mystery - love it you don't see a lot of those
cheryl in il
msboatgal at aol.com

I'm always looking for new books and new authors. This sounds like a very interesting book. Would love to win it.

A first page full of tension & suspense - I love it. I'm looking forward to reading THE CHRISTMAS WITNESS.

You've got me hooked..loved the 1st page:)
Thanks for sharing your heart on struggles with trusting God...I have my many moments too, Susan.
Thanks for a chance to win:-)

Sounds like the right amount of suspense to keep me on the edge of my seat.

Lourdes, Rebecca, Scotsgal, Jo, Linda, MaryBelle, and Robyn - thanks for the kind comments about The Christmas Witness and the upcoming series. And Lorna thanks for sharing your faith moments, too! Merry Christmas to all of you!!

I really enjoy Christian suspense
novels. Please enter me in the
drawing for a chance to win your book. God Bless You!

Would like to win The Christmas Witness! Merry Christ-mas! from Missouri
lanehillhouse[at]centurylink[dot]net

Lane, Dennie, Abigail and Mona thank you so much for stopping by. Blessings to you on your Christmas this year!

Looks like a wonderful story, I enjoy romantic suspense. Thanks!
Julie in MN

Enter me I would love to win a copy of this book it sounds like a great story! Thanks and God bless.
Sharon Richmond
Blanch, NC.

I'm really anxious to read this book. Thanks!
from Iowa

Thank you for the chance to win this book- please enter me in the giveaway! One of my favorite genre is Romantic Suspense!

I live in New York.

I just read this over the weekend - loved it! So - I don't want to enter the contest, but would be interested in any books you write for other publishers (I get L I Suspense every month so I don't miss any!)Blessed Christmas!