THE SCHOOL OF MINISTRY: THE WINDGATE - Braxton A Cosby - One Free Book

Readers, I'm happy to welcome Braxton back to our blog with his newest book.

In the words of Braxton’s “Uncle Bill” Cosby, the book, the first in a trilogy, is,
“A memorable, unpredictable journey of hope, identity and courage.
The Cosby gift of storytelling lives on in this page turning adventure.”

Braxton, why do you write the kind of books you do? 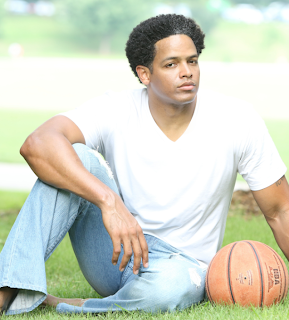 I have a love for creation. I appreciate those who have creative minds and love to take their thoughts and ideas to the next level. We have all been given gifts and talents in some form and writing has really become an avenue of expression for me through the characters and stories I tell. Writing Young Adult and New Adult genres give me the liberty of being as free as I can with my imagination because most readers who like these kinds of books, have an easier time traveling with me (the writer) as I world build.

Besides when you came to know the Lord, what is the happiest day in your life?
I would have to say it’s a big mix between getting married and having my firstborn child. With both experiences, there was an unmistakable feeling of expectation and unknown, which made my life very exciting at the time. Now, both marriage and fatherhood is an experience that cannot be compared to anything else. There is such an appreciation I have for being selected and trusted with both responsibilities.

How has being published changed your life?
I’m very busy now. I always find myself either fleshing out a new book idea, or doing interviews or just reading a new book. is much more fulfilling to me now because it gets my creative brain going and I am able to pour much more into my works because of it.

What are you reading right now?
I just finished two Young Adult novel series, Divergent by Veronica Roth and Legend by Marie Lu.

What is your current work in progress?
I am currently working on building out The Star-Crossed Saga’s (Sci-fi Romance) franchise. Protostar (Book 1) will be released in early 2014 and the novella that chronicles one of the main characters road to the first book (William) is undergoing the editing process now.

What would be your dream vacation?
Traveling to an island with my family and having someone feed, clean up after, and take us all fishing. Then I’d love to settle down and read a good book.

How do you choose your settings for each book?
My settings have a tendency to jump around because I like to keep the readers involved. Protostar is a space epic, which settles on planet Earth in , while The Windgate (Book 1 of The School of Ministry) is right here in . None of the characters in each story stays in one place though. I like to think of the main cities as origin points just so people understand the characters better.

If you could spend an evening with one person who is currently alive, who would it be and why?
My Uncle Bill. I had such a fascinating time with him in 2012 when we did our book tour, and I learned so much from him. Always do. I’d love to do it again some time.

What are your hobbies, besides writing and reading?
I like to spend time with my girls (3 daughters) and take them to the movies, eat frozen yogurt, or read at the book store. I’m also a gamer, and I enjoy playing games with my friends online.

What is your most difficult writing obstacle, and how do you overcome it?
Getting my outline started. I have to have structure with my writing, which gives me direction. Once I get it nailed down, it’s so easy to start flowing.

What advice would you give to a beginning author?
Find a vision, write it down (make it real), and love it. It is yours, so you need to perfect it. Make the book you write, the book you love first. Then, others will follow.

The School of Ministry: The Windgate, tells the story about a young man named Ziv who is orphaned at the age of six and struggles to find his identity. He learns that he has to power to see things through dreams by just closing his eyes. He can see creatures from the other side. When he turns eighteen, he is re-united with his long-secret love named Stephanie, and he decides that he will finally tell her how he feels. On that day that he goes to see her, she is kidnapped, and he is recruited by a secret society called The School of Ministry and they want to hone his gifts as a “Conduit” (stop time and see demons) to fight evil. He agrees to join them if they will help him find his friend and along the way, he is teamed up with two other young men and they must all work together to stop Akabod – the spiritual prodigal son of The School of Ministry before he can destroy the Windgate. It’s an epic tale that is just the first book in a planned five book series.

Please give us the first page of the book.
PROLOGUE
Five years ago, one night changed everything. I was out horse playing with a bunch of friends, in the streets, acting crazy. We came to an old abandoned building and decided to play a game of hide and seek. But I played hide and seek a little too well, easily ducking away from the others, making my way to the lower levels undetected. As they scouted around looking for me, I lost myself, trapped in a maze of empty rooms. Trying to find my way back, I came across another group of teens, making such a ruckus that I couldn't help but spy on them from a distance. But their horse playing was nothing like what we were doing.

Boys. A pack of them and a lone girl, engaged in disturbing behavior.

The boys were harassing her, hands everywhere. She cried out in screams that rattled my eardrums. My hands found their way over my ears, trying their best to block out the screeches. The more hands she batted away, twice as many appeared. They pressed in, grasping and groping. One of the boys pressed harder, adding slaps and kicks, until finally ripping a few layers of clothing from her body.

That’s when the others joined in. They blanketed her in a cloud of mayhem. Her screams echoed through the rooms, breaking through my hands, making it hard for me to look away. She fought back to no avail. I hid in the shadows, too afraid to help, too scared to make them stop.
She tried to fight back, tried to break free. But she was unsuccessful.

Finally I emerged from the darkness and bucked up the nerve to yell out, “Stop!” But they ignored me. Eventually, things got really heated, the girl screaming at the top of her lungs, and the boys pushing her down. That’s when something broke free inside me. It started with a quiver, then a strong tremble, until my legs shook so hard I fell backward. My head slammed the floor. I winced and closed my eyes. What I saw terrified me. It was dark but I could see everything clearly. Horrible images shrouded me in a sheath of fear. Circling each one of the boys were hideous, great and fearful beasts. They had eyes that burned like embers, claws the length of fingers, and skin like that of dragons with patches of blazing red hair all over that seemed to stand on end. Grey smoke puffed from their mouths as they spoke. Some whispered obscenities, while others screamed deplorable things, encouraging the boys to continue. I opened my eyes and gasped. My heart fluttered and I looked around the room. The beasts were gone. Only the boys and the girl remained. Taking a deep breath, I shuddered at the thought of closing them again, but I had to.

I had to know the truth.

I did. It was true. I closed my eyes again and there they were. Within the dark recesses of my eyelids, I was able to see creatures from the other side. But what were they? Ghosts?

I mustered the strength to run out of the building, screaming for help. People stared at me like I was crazy. Finally, an adult took my accusations seriously and the police arrived, but it was too late. The damage was done. The girl’s family tried to press charges, but she was high on drugs and was not able to identify the suspects. I lacked the heart to come forward and testify against them, left town for good. From then on, I knew I was different. I had a path. But how it would all play out one day was beyond me.

Thank you, Braxton, for sharing this new book with us.

Readers, here are links to the book. By using one when you order, you help support this blog.
The School of Ministry: The Windgate

- paperback
THE SCHOOL OF MINISTRY (The Windgate)

If you’re reading this on Google +, Feedblitz, Facebook, Linkedin, or Amazon, please come to the blog to leave your comment if you want to be included in the drawing. Here’s a link.
Http://lenanelsondooley.blogspot.com
Posted by Lena Nelson Dooley at 7:18 AM

Email ThisBlogThis!Share to TwitterShare to FacebookShare to Pinterest
Labels: Braxton A Cosby, The School of Ministry: The Windgate

Sounds like a book I would really enjoy!!!
Thanks for this opportunity.

This certainly does sound like a very interesting story.

I enjoyed the interview and first page of the book.
Beth from Iowa