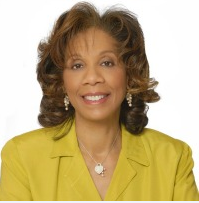 Welcome back, Pat. God has really been moving in your writing life. What do you see on the horizon?
Honestly, I don’t know what God’s will is for my writing career, but whatever stories He leads me to write, I want to give my all.

Tell us a little about your family.
I have been married for more than 30 years, and we have a son with an unbelievable testimony and a daughter. Both are “grown and gone.” My husband spearheads my exhausting travel schedule.

Has your writing changed your reading habits? If so, how?
Yes, I don’t read as much as I used to or would like. When I do, I don’t have the luxury of taking my time because I need to stay on deadline for my projects. Also, I try to read non-fiction books that will strengthen my understanding of my characters’ personal dilemmas. For example, I read His Needs, Her Needs when I was writing a story about infidelity. When I considered writing a Black historical romance, I read We Are Your Sisters that highlighted Black women’s struggles and triumphs during and after slavery. The Warmth of Other Sons, which traces the migration of Blacks from the South I read for background research for another series. After eleven published novels and hundreds of reviews, praise God that no readers have complained that my characters lack development.

What are you working on right now?
I just finished In Defense of Love, Book 2 in the Carmen Sisters series. I’ve just started my research for Book 3. I’m also outlining my 3rd Christmas novella. Those stories seem to be a big hit with fans.

How do you choose your settings for each book?
If an area within a city has historical significant, I like to explore that place as a backdrop for my characters and describe the surroundings to my readers. For example, has several historical neighborhoods. In my next book, I take readers to to the LaSalle neighborhood and . I did the same thing in my first novel in and readers actually took the Old Ferguson tour. I was surprised that I had that type of influence.

If you could spend an evening with one historical person, who would it be and why?
That’s easy, my second great-grandmother, Charlotte Jamison Wilkerson. She was enslaved by Robert Jamison in Chickasaw County, Mississippi, and bore two sons by his houseguest, John Wilkinson, who later married Robert’s only daughter. She lived to be 80 years old. I found her mentioned by an author. She ironically “lived in the backyard” of another former slaveholder, the Caradines. My first question would be “How did you survive?” I’m sure she would impart wisdom.

What is the one thing you wish you had known before you started writing novels?
This “world of make believable” is actually a real business, and once I committed to being an author, I had to learn the business side, which is more important than the writing.

What new lessons is the Lord teaching you right now?
That I may not achieve the status of New York Times bestselling author, but my work for Him is important and to continue doing what I’m doing and He will bless me accordingly.

What are the three best things you can tell other authors to do to be successful?
Write, pay for an editor, and attend selective book conferences where they can sit in on workshops, meet with agent/editors and get encouragement from other well-established authors.

I don’t believe in bashing church people or highlighting their bad behavior. There are plenty of books for that. However, in No Easy Catch, I wanted to minister to the sisters in the church who have been hurt in relationships with someone in the church. Shae Carmen thought she had found the love of her life in the church, but her boyfriend was stringing her alone. Not only was he estranged from his wife, but he was also trying to reconcile with her at the same time he and Shae were getting closer. It was because of that deceit that caused Shae to doubt her faith and the integrity of men. Shae felt that God didn’t have any more good men in the church and definitely not outside of it. But there’s something attractive about a man who recognizes that God is the only One who can save us.

St. Louis Cardinal baseball outfielder Rahn Maxwell had made some wrong turns in life—women and money to name a few—but this wrong turn could prove deadly if the pair of blinding headlights racing toward him didn’t slow down.

He had just left a downtown nightclub where he had met some friends. A construction sign had instructed him to detour off Interstate 64 while his GPS attempted to recalculate. The darkness around him was thick as fog.

“Turn around when possible,” his GPS kept advising as if it sensed danger.
That would be a good idea, but at the moment, he had a more pressing issue. Since there wasn’t time for Rahn to get out of harm’s way with a car speeding behind him, he braced for an impact. Seconds later, the anticipated crash never occurred as an old Camaro shrieked to a halt alongside his pearl gray Mercedes Benz G550 SUV, blocking his exit. Rahn experienced a bad gut feeling.
The passenger side of the car’s window descended. A dark-skinned man, wearing dark glasses that blended into their surroundings, snarled at him. Brandishing some type of machine gun, he ordered Rahn to lower his window. Great! And just think he had declined the dealer’s recommendation for armor-plated protection for his luxury vehicle. Now, Rahn wished he had complied. How come hindsight couldn’t be foresight?

Watching the gunman’s movements, Rahn counted down the seconds until his life would end. He hadn’t reached his thirty-fifth birthday, the age he planned to announce his retirement. Judging from the looks of things, his short-lived career was about to stop at twenty-seven. God, I can’t go down like this. Please help me. Rahn had too many wrongs he needed to right, people to whom he had to say his last good-byes, and babies he had to kiss.

This book is going to the top of my to-be-read pile. How can readers find you on the Internet?
I’m on most social networks: Facebook, Twitter, LinkedIn, Pinterest, Goodreads, Google+, and others. My website is www.patsimmons.net

Thank you, Pat, for sharing your new book with us.

Readers, here are links to the book. By using one when you order, you help support this blog.
No Easy Catch - Christianbook.com
No Easy Catch (Carmen Sisters V1)

Posted by Lena Nelson Dooley at 6:47 AM

would love to win. Angela from Ky

Thanks Lena and ladies. Please make sure you check out my reviews on Amazon.

A wonderful interview thank you. I enjoyed the first page.

Thanks Mary,
I hope you get a chance to read the entire book and post a review.

Thank you Sherry,
I also hope you get a chance to give me a try.

And another new author to check out. You are so great in introducing me to wonderful people.
jrs362 at Hotmail dot com
Mo.

Thank you. I really enjoyed the first page!\
Tonja VA