Dear Readers, Jackie Castle has been in my critique group for several years. She’s a very good friend of mine. And her Young Adult fantasy books are powerful.

Be sure to read all the instructions at the bottom to find out about the giveaway. 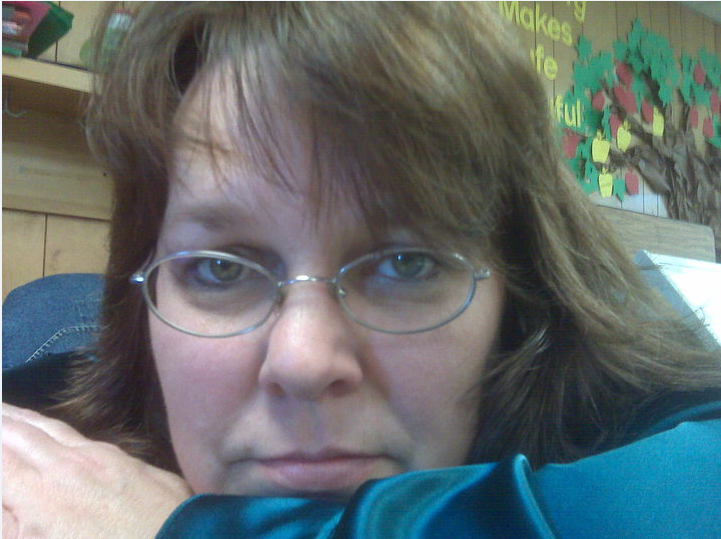 Welcome, Jackie. Tell us how much of yourself you write into your characters.
Probably more than I care to admit, but you'll never get me to admit that.

What is the quirkiest thing you have ever done?
I dressed up as a pirate and called myself Rambunctious Rita when I was teaching a writing class about characters. The kids thought that was hilarious.

When did you first discover that you were a writer?
When I was in the 6th grade. I wrote a mystery story because I was a big Hardy Boys fan. I let my grade school teacher read it. She liked it so much, she wanted to read it to the class during our reading periods. The other kids enjoyed hearing it, too. I loved hearing my story and seeing others enjoying it as well. At the end of the week, when she finished the story, she told everyone that she expected to see my books published one day. From that moment on, I just knew what I wanted to be more than anything else in this world.

And no matter what twist and turns life has led me on, there's always been a notebook and story idea around each corner, again and again. The desire to write and the flow of stories have never left me. I always seem to come back to story, time and again, until I've finally decided: This is what I'm meant to do. And I am.

Tell us the range of the kinds of books you enjoy reading.
I get a lot of jibes for this, but I really do love reading kid's and teen/YA books. I love how wild and varied the novels are for this age group. Such fun, crazy, and limitless adventures. The children's and most teen novels are clean. (A biggie for me) Also, the characters are always brave and authors feel more at liberty to leave little nuggets in the stories. I love to read stories that have take-away value.

How do you keep your sanity in our run, run, run world?
I take long, slow walks and talk things out with God. He's a great listener. And if I listen real hard, most of the things that make life crazy have a way of working themselves out.

How do you choose your characters’ names?
I look for names that have some kind of meaning. Alyra's name was first Ariel which meant something like a light that hovers over the waters. Because Ariel has already been taken by a red-headed mermaid, I found the name Lyra which also means light, I think from a star. I added the A in front of Lyra because her name needed to start with an A … for some reason.

Here's another one: Riyah, Alyra's Elderad instructor, came from the Hebrew word, Raya which means friendship love. Riyah ends up being one of Alyra's most enduring, protective, and teaching friends during the course of the series.

I can go on and on about names, but I can't say I spend long periods of time coming up with them. They have a way of coming to me while I'm working out the story. It's amazing, really.

What is the accomplishment that you are most proud of?
Well, this is a hard one. I guess it would be making the choice to follow my dreams and make a real go at being an author.

If you were an animal, which one would you be, and why?
When I was a kid and saw Bambi, I wanted to be a deer because they were so majestic and graceful. Then I watched Jungle Book and wanted to be a bear so I could look for the bare necessities. Now days, I think it'd be nice to be a dog because mine just lays around under my desk warming my feet and is always ready to snuggle when it's nap time.

The great thing is, through story, I've been a chameleon, a sheep, a kitten, a squirrel, a cricket, a centaur, (not truly animal, but wild all the same), a frog under an enchantment, and an ink pen … but that's not an animal either.

Honestly, I kind of like being me, because I can be whatever I want, when I really want.

What is your favorite food?
Oh … how long is this interview supposed to be? I'm going to keep it simple and say if anyone is hungry for Chinese, feel free to leave me an invite.

What is the problem with writing that was your greatest roadblock, and how did you overcome it?
Getting through that first manuscript. I would read it to the writers group I belonged to at the time. They'd critique it. I'd change it, then read it again. They'd critique it again and the circle went on and on until I finally… actually… reached THE END, and threw it into a drawer. Then I moved on to the next one and trusted I learned enough to get over my delusional need for perfection.

Lesson learned? Don't sweat the small stuff, you can only get better with each word you write.

Emanate is the third book of The White Road Chronicle series which starts off with Illuminated, then follows up with Luminosity. There are five books total planned for the series, along with a prequel novella series that's also in progress.

If you find the Narnia stories enchanting, and if Wizard of Oz swept you off your feet, then I bet you'll enjoy visiting Alburnium, as well.

Please give us the first page of the book.
The Road Beckons

Jerin of Yarholm pushed through the group of onlookers circling a man dressed in the Racan uniform. The half-moon and stars on the man's cloak branded him a servant of King Darnel along with the matching symbol tattooed on his upper arm. Jerin grasped the golden medallion hanging around his neck. The emblem of the white tree indicated he belonged to Alburnium and served King Shaydon who dwelt in Aloblase. The difference between the two marks was Jerin could always make the choice to take his off, whereas those with the Racan mark were given no choice in the matter.

Two scouts held the bound prisoner before the general. "We caught him leaving Kinti, Sir." The guardsmen shoved the beaten man forward. "We believe he bears a message to his master. Possibly seeking reinforcements?"

Marcel studied the ragged man as he tugged at his goatee in contemplation.

Glancing through the dense trees, Jerin barely made out the gray stone fortress of Kinti, presently held captive by Racah's forces. His palms itched with the urge to grab up his weapons and kick the foul thieves out of King Shaydon's city.

One of the guardsmen, who went by the name of Rat, handed General Marcel a folded piece of parchment. "He carried this, Sir. But none of us can read the script."

Marcel's steel gray eyes scanned the letter. He was a quiet man, never rash in his decisions, or demanding with his orders. He'd led them to Kinti with the intent to acquire fresh horses and new recruits. Instead of a warm welcome, their unit was driven away by a shower of fiery arrows.
"Well, your assumption is probably correct, Rat." Marcel addressed the guardsman while he handed a satchel to Jerin who now stood at his side. "See if there's anything important in there while I ask our guest a few questions."

Before Jerin could open the flap, the bag was snatched from his hand by Captain Dirk, his officer in command.

"I'll do that, private." Dirk said with his usual sneer. "I'm sure Marcel mistook you for me. Now return to your duties, boy. Aren't you supposed to be helping stew potatoes?"

With a scowl at his superior, Jerin moved a short distance away, fist clenched.


Thank you, for interviewing me.

Thank you, Jackie, for sharing a bit of your life and your new book with us.

Readers, here is a link to the book. By using it when you order, you help support this blog.
Emanate: Book Three (The White Road Chronicles 3)

Leave a comment for a chance to win your choice of a free signed copy of the book or all three in the series as ebooks. Please tell us where you live, at least the state or territory. (Comments containing links may be subject to removal by blog owner.)

If you’re reading this on Goodreads, Google+, Feedblitz, Facebook, Twitter, Linkedin, or Amazon, please come to the blog to leave your comment if you want to be included in the drawing. Here’s a link:
Http://lenanelsondooley.blogspot.com
Posted by Lena Nelson Dooley at 5:59 AM

Thanks Deanna, picking an animal was the hardest part. There's just so many possibilities.... =)

This series sounds very interesting. I look forward to catching up with it.

Enter me for the paperback copy!!
Conway, SC.

Indiana
I would like to get a paperback copy :) I love fantasy!!!

sounds interesting Jackie! Love to win it! Shelia from Mississippi

I've had my eye on this book for a while! What a great opportunity :) Thanks for the interview!

Thanks everyone who's entered. I'm having such fun writing this series. Appreciate your comments.

I love that you are giving a choice. I would have to choose the eBooks so that I can read more
of the series.
Jan H from sunny west Texas