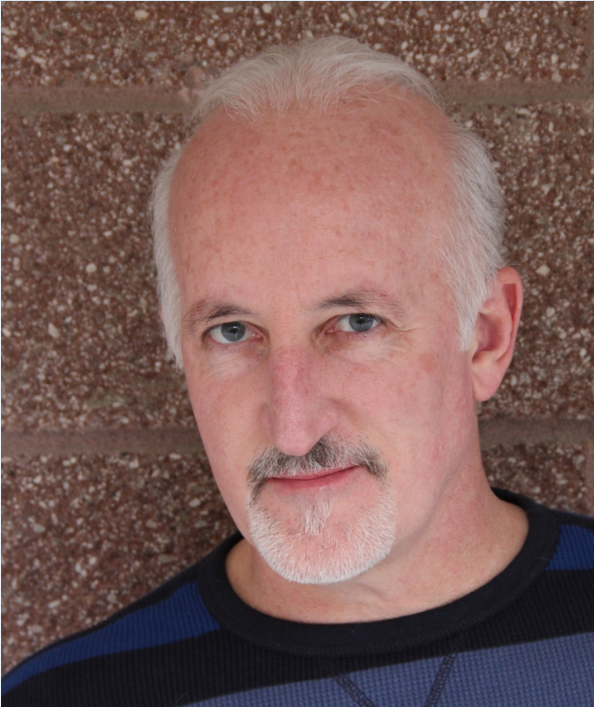 Welcome back, James. How did you come up with the idea for this story?
Since is the final novel in a three-part series, I came up with the overall idea a number of years ago. The question I asked myself was, What if we could send our spirits into other people’s souls to help set them free? Out of that question came the Well Spring series.

It’s the three-book story of four ordinary people, a photographer, a radio station executive, a singer, and a physics professor, who do extraordinary things. It’s the story of people who learn to step into a greater destiny than they thought possible. The story of four friends who see God do truly marvelous things in their lives and the lives around them.

And this all came from my first novel, ROOMS. In that book, a young software tycoon inherits a home on the coast that turns out to be a physical manifestation of his soul. I always wondered what I would do for a sequel. The thought was others going into people’s souls, and that idea was born in the Well Spring series.

If you were planning a party with Christian authors of contemporary fiction, what six people would you invite and why?
Susan May if you’ve ever been around Susie for more than five minutes you know “Life of the Party” was coined with her in mind. She’s completely in love with Jesus and is so full of joy you can’t help but be caught up in her enthusiasm for life. I treasure the times we get to hang out.

Ted Dekker- Over the years, Ted has become a good friend and I love the way he challenges the way I think in so many different ways. I’m not a great small-talk person, and Ted likes to go deep immediately, and I love that about him. Our conversations are rarely under two hours, and it would take a full dinner party to cover all the topics of the moment on his mind.

Ronie Kendig- One of the most committed friends I’ve ever had. Darci and I had the chance to spend a weekend with her and her husband Brian last year, and they both feel deeply and love fiercely. She’s definitely one of my spiritual younger sisters.

Frank Peretti- I’d only met Frank in passing till a week ago. But at the Oregon Christian Writers conference earlier this momtn, he was in Allen Arnold’s and my class, “Live Free, Write Free,” and I got to know his heart a bit there. On top of that, Allen and Frank and I ended up spending about four hours together talking about life and the Lord and writing and everything else under the sun, and I loved getting to know not Frank Peretti the writing legend, but Frank Peretti the man who loves Jesus and is following the Holy Spirit wherever He leads.

Stephen Lawhead- I started reading Steve in the mid 80s and he blew my mind. I didn’t know his kind of fiction existed, and he was a huge inspiration for me to try writing that kind of fiction for the Christian market. I’ve met Steve a few times now and spent some time together, and he’s just as fascinating in person as he is in his books.

(William) Paul Young- Paul has become a good friend as well, and I’d have him at the party simply because of all the fiction authors I know, he reflects Jesus more than anyone else. He’s had massive success, but it truly means nothing to him except as a platform to love people.

Having these six together would make for a truly remarkable exchange of ideas. I would have to record it!

That's naughty. How can you say that to a historical fiction author? Many times, people (and other authors) think you have it made with so many books published. What is your most difficult problem with writing at this time in your career?
Believing I can do it again. While I’m writing part of me says, “Hey, you’ve already done it a number of times before, so it’s proven, you can do it again,” and another part of me says, “Uh, yeah, you’ve done it, but maybe that’s all there is, it’s all gone now.”

In the end you have to relax, and wait for the Lord and what He wants to do together, and trust him and the ability He’s given you.

This is the third and final novel in my Well Spring series (started with Soul’s Gate, and followed by Memory’s Door) and I hope it’s an epic conclusion to the story of the four Warriors Riding. Here’s the back cover copy which will give you a good feel for the book:

The Warriors Riding have battled in astounding supernatural realms. Set captives free. And awakened thousands of hearts. But now their only chance of survival depends on calling forth the Spirit Bridge.

Reece, Dana, Brandon, and Marcus have achieved staggering success in the spiritual realms . . . but each are reeling from recent vicious attacks. They need rest. A break from the war.
But the warlord Zennon is raging and will give them no quarter. The demon holds what he believes to be the trump card—a hidden strategy set in motion before Warriors Riding even began—that will detonate the team from the inside out. And he’s just set it loose.

The street-magician Simon—finally free of Zennon's alternate-reality prison—is racing to remember his past before his ignorance obliterates his destiny. Then there's Miyo—a brash young warrior with advanced knowledge of spiritual realities and supernatural armor even Reece doesn't know about. These two will be pivotal in final war against the Warriors Riding.

If only the Warriors knew which side Simon and Miyo were truly on.

If only they knew how to fight against Zennon’s final assault.

is the epic conclusion to acclaimed author James L. Rubart’s Well Spring series, which will propel each of the Warriors Riding on a quest of true identity, ultimate freedom, and a final battle that will leave them changed forever.

How can readers find you on the Internet?
I love to connect with readers. The best place to do that is:
Website: http://jameslrubart.com/
Facebook: https://www.facebook.com/JamesLRubart
E-mail: james@jamesLrubart.com

As always, thanks so much for having me, !

It’s such a pleasure for me. I’ve loved every book you’ve written, and I know my readers have, too. We wait with great anticipation for the next one.

Readers, here are links to the book. By using one when you order, you help support this blog.
Spirit Bridge - Christianbook.com
Spirit Bridge (A Well Spring Novel)

Posted by Lena Nelson Dooley at 6:51 AM

My sister has the first book in this series and I know she'd love to have this.
J.C. -Indiana-

Fun to hear that, J.C. Thanks for entering.

Thank you so much for the great work that you do, James!

I haven't read the other two books of the series yet. Certainly caught my attention.

Are people allowed to crash that party? LOL Come on, Lena, let's do it! Fun interview with the best tribe gatherer I've ever met!

I have read Soul's Gate and I LOVED it!!!! I have Memory' door in my TBR pile :) And my mom bought Rooms when it was 99 cents on the kindle!

Thank you for sharing. I would love a chance to win this book. I live in VA>

Hi James & Lena! Oh to be a fly on the wall at your party - to say the least, I would be in hog heaven!!
I have the first two books in the Well Spring series but haven't read them yet because I've been waiting for Spirit Bridge and I am dying to dig into what sounds like a life changing reading experience, from what I've heard!
Kristen in OK
kam110476 at gmail dot com

So cool to hear that, Sierra!

Thanks for commenting, Lisa. :)

Love to know what you think when you're finished, Kristen. james@jameslrubart.com

We have Mr. Rubart's books in the church library.
I would love to win, "Spirit Bridge" to add to our collection.
Thanks!
Janet E.
von1janet(at)gmail(dot)com

I did it again.
I live in Florida.
Janet E.
von1janet(at)gmail(dot)com

Rooms blew me away, I need the Well Springs series now. Please add me!
Merry in MN

Dee from SE NEBRASKA Would enjoy reading some of your work :)