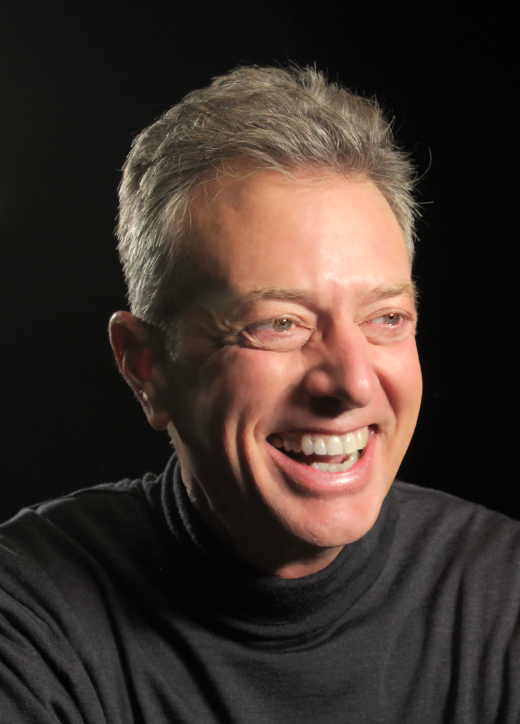 Welcome back, . Why did you become an author?
I came to faith at age twenty-eight. I started writing two weeks later. I had never picked up a pen before to write more than a business report – I was working as a business consultant based in at the time.

I wrote for nine years and finished seven books before my first was accepted for publication. All through that while, no matter how hard it was to hold onto the dream, I remained convinced that the writing was both a calling and a gift.

It took me eight years to sell my first manuscript. If you weren’t an author, what would be your dream job?
There is no other dream job I would seek. I want to simply extend my reach within this profession. Nowadays I also lecture in creative writing, both at seminars around the globe and at . This year I have also been contracted to write two feature film screenplays.

And I am the screenwriter for a Christian feature film. If you could have lived at another time in history, what would it be and why?
Sorry. The question does not touch me. My internal realms fuel a great many new vistas, both in the here and now and further afield. Next year, for example, I am publishing both a new fantasty and a new science fiction series (under the pen-name Thomas Locke). The other times and places are here with me now.

What place in the have you not visited that you would like to?
That is very interesting indeed. I left the at age 20, and have lived most of my life since overseas. I know far better than I do my own homeland. I would love to travel more. The Northwest in particular interests me.

How about a foreign country you hope to visit?
I have lived in eleven different countries and worked in over forty. The question for me is, what is my favorite area. There are two. For cities, it would be my adopted home town of . For regions, it would be the Basque coast of . Home to some of the world's biggest waves, which makes for an amazing mix with the French-Basque culture.

What lesson has the Lord taught you recently?
Beautiful question. The topic of this recent book, The Turning, is “listening to God.” This has played a role in my spiritual walk since the very early days. It is one thing to “live” it. But another thing entirely to teach. In conjunction to the book's release I did a forty-lesson radio project with Moody (available free as podcasts, downloadable from my website, TheTurningBook.com) and a forty-lesson guided introduction to the discipline of listening (also available for free on the website). A great and taxing and enormous gift to me personally. I hope it proves the same to others.

Tell us about the featured book.
Five different people, in different congregations, and different cities, and different cultures, all have been studying a lesson plan about listening to God. And to their astonishment, God communicates with them. In each case, the communication comes in the form of a request, or an invitation if you will. God asks them to turn away from the normal course of their lives, and do something that would be impossible unless they relied fully on him and trusted him to see them through.

Take the main character as an example. While in university, John Jacobs was a rising star of the football team. But one night he goes out with buddies, gets drunk, starts a bar fight, and winds up going to jail on felonious assault charges. John has spent the forty years since that point carrying the burden of that youthful mistake. When the story opens, John’s nephew is being released from jail. For the second time. During Danny’s first stint, he found Christ and turned his life around, only to get out, go back on drugs, and rob John’s own home. In John’s case, the request is for John to be there when Danny emerges from prison that very afternoon.

All five of these people assume the request from God, this turning, is all there is. But in fact what really happens is, God has a major challenge he intends to put before them. But first he had to unite them as listeners. As people willing to follow his guidance. Whatever that requires. Wherever God might take them.

This sounds very interesting. Thank you, , for sharing this new book with us. A large number of my readers are fans of your books.

Readers, here are links to the book. By using one when you order, you help support this blog.
The Turning - Christianbook.com
The Turning

If you’re reading this on Goodreads, Google+, Feedblitz, Facebook, Twitter, Linkedin, or Amazon, please come to the blog to leave your comment if you want to be included in the drawing. Here’s a link:
Http://lenanelsondooley.blogspot.com
Posted by Lena Nelson Dooley at 6:48 AM

Email ThisBlogThis!Share to TwitterShare to FacebookShare to Pinterest
Labels: Davis Bunn, The Turning

One of my FAVORITE authors! His characters are very real, and there is always so much depth to his stories, with the security that Christian values will win out.

Great interview with one of my favorite authors. Thank you both.
Tennessee

Thank you for a great interview and bringing this book to my attention.

I agree, this does sound very interesting.

I've been privileged to attend two of Mr. Bunn's seminars and have pages of notes, which I refer to when plotting out my books.

I have also read and enjoyed several of his novels and would love to receive a copy of "The Turning."

Thanks for an interesting interview.

oops!
Forgot to tell you which state I reside in. Pennsylvania.

I always love Davis's novels, and this one sounds like a life changer. Thanks for having him on your blog, and for the chance to win!
Marianne
Alberta

What an interesting concept to write about. I can't wait to get my hands on a copy of this book to see how the story plays out.
This is a new-to-me author and now I'm intrigued. Ü

Thanks for the interesting interview. Mr. Bunn's books are very popular with our church library readers.

I've been wanting to read this one! I live in Sacramento, CA!!

Having only a week ago attended workshops with Davis Bunn in beautiful Oxford and Cambridge and been really inspired by his words I am excited to read more of his books!

Thank you, Lena for the interesting interview with my favorite author! Looking forward to reading this book ... Missouri

Sounds like an interesting book!
Ola from Traphill NC

I haven't read anything you have written yet but I am looking forward to soon! (Idaho)

I am on my 25th Davis Bunn Book. No other author has sent me scrambling to learn more history, or 'google' places and historical events. Or given more spiritual encouragement.

Would love to win anything written by Davis Bunn! I'm in Arkansas.

Boy this subject hits home. I have been walking through surrender and my family has had many struggles this year but surrendering to Almighty God, Jehovah Rapha, Elohim, Redeemer, my Savior . . . He is present and gives me peace. I will go to the website to listen to the podcasts. Thanks for the giveaway. Blessings!


I would love to win your book Davis. Bet it will be good. Also interested in your downloadable devotions. Thanks for the give-away. Maxie,
from Texas

T. Davis Bunn is also read in the Netherlands, both in English and translated into Dutch. Great author and happy to see that his works are spreading over the world.
The Netherlands/Europe