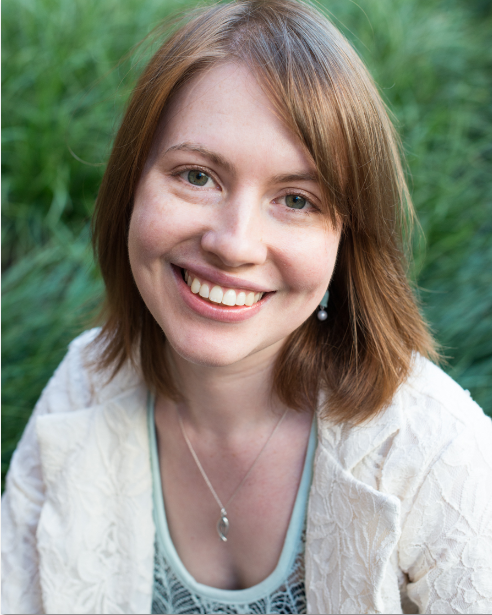 Welcome, Amanda. Tell us how much of yourself you write into your characters.
My characters are never deliberately based on myself or people I know. For example, Aubrey (Seek and Hide’s female lead) values books and literacy. Marcus (male lead) has no use for books. I’m with Aubrey on this one, but I didn’t give her that trait because I agree with her. It just fit who she is and didn’t fit who Marcus is. Or for example, Marcus is a ridiculously stubborn person. I know stubborn people and pliable people and people in between (we all do, right?). But that doesn’t mean Marcus is supposed to resemble the stubborn people I know. Stephen King describes writing a story as “unearthing” it, and I feel that way about my characters. All I’m doing is discovering who they already are.

What is the quirkiest thing you have ever done?
I’ve been accused of paperback-related OCD. I don’t purchase hardcovers (they’re not as friendly, you know? and they don’t fit in my purse). I won’t buy a used book if the spine is creased or the corners are too worn. I love a well designed, genre-appropriate cover, and I enjoy comparing past and current versions. Recently, I paid four dollars more for the 2006 edition of a book rather than the in-print edition, because it has since become a TV show and I dislike tie-in covers.

When did you first discover that you were a writer?
In first grade, I wrote my first story. I don’t remember a time I didn’t consider myself a writer.

Tell us the range of the kinds of books you enjoy reading.
I avoid romance and gravitate toward crime/noir, but if the voice grabs me, I’ll read any genre from historical to speculative. Voice and characterization matter more to me than anything else. I’m a character-first reader and a character-first writer. I want characters to have individualizing details, not broad types. I want to believe and love them enough to worry for them. And I want to experience the story from inside the character—not first person necessarily, just deep point of view.

How do you keep your sanity in our run, run, run world?
I don’t operate at a high stress level, really. Part of this is probably personality, but I’m sure part of it is the fact that I’m not a wife or a mother. My life is full, and I’m never bored or idle—I work full time in addition to writing on deadlines in addition to cultivating a life with family and friends—but there’s a whole new level of “run, run, run” when you add kids to that mix. I have great respect for the authors I know who are also parents.

How do you choose your characters’ names?
Often my characters seem to do the choosing. I can’t use a name because I think it’s pretty or because I like the meaning behind it. I’ve tried that, and it doesn’t work. Usually, my creative process “pings” on a name when I least expect it. I might read it in a book, or hear someone talking about a friend with that name, or it might just come into my head randomly as if the character’s actually aware and claiming the name for himself. The more prominent the character is, the more instinctive the naming process seems to be. I don’t know, this all sounds strange when I try to describe it.

What is the accomplishment that you are most proud of?
Publishing my series. Nothing else compares. But I can’t take the credit. God gave me whatever writing skill I might have, and He placed people into my path who I never would have found on my own—one of them being my agent.

If you were an animal, which one would you be, and why?
Two people (who don’t know each other) have told me I remind them of a raccoon because of the way I use my hands when I talk. Something about refined and/or precise movement? And … that’s the best answer I’ve got for this question. Lol.

What is your favorite food?
In some parallel universe where I’m cosmopolitan and sophisticated, I’m definitely a foodie. In this universe, I just enjoy food. There’s no way I can choose a single favorite. But if we define “favorite” as “the thing you buy on a limited basis because once the bag is open, it’s going to be consumed in twenty minutes,” I’d have to choose white cheddar popcorn.

What is the problem with writing that was your greatest roadblock, and how did you overcome it?
I haven’t overcome it yet, exactly, though I’m better at it now: networking. I’m an introvert. Not to say I have no use for people (not at all), but interaction with strangers takes effort. For me, mingling at writers’ conferences is hard. Approaching strangers is really hard. I work toward overcoming this by praying for help, faking it well (or so I’m told), and reserving some alone time in my hotel room to read or just lie on my bed and unwind. 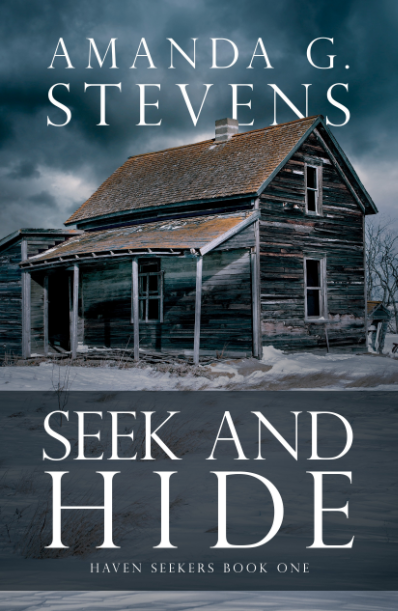 Seek and Hide is the first in a four-book series in which the government has taken control of the church. Only re-translated Bibles are legal, and a specialized agency called the Constabulary enforces this and other regulations. Marcus Brenner, a new Christian, will do anything to protect his church family from imprisonment—including risk his own freedom to gain the trust of a government agent.

Aubrey Weston recanted her faith when the Constabulary threatened her baby. Now released, she just wants to provide for her son and avoid government notice. But she’s targeted again, and this time, her baby is taken into custody. If only she’d never denied Him, maybe God would hear her pleas for help.

When Aubrey and Marcus’s lives collide, they are forced to confront the lies they believe about themselves. And God is about to grab hold of Marcus’s life in a way he’d never expect, turning a loner into a leader.

Please give us the first page of the book.
Booze behind the wheel could turn a sports car into a … well, wreck. No other word for the blue Honda that had rammed halfway through Keith’s garage door before lodging there like a dud missile. Marcus pushed a shoulder to the door. It swayed a little, but the hole’s jagged edges stayed wedged against the car. Trying to back out might take the whole door down. Not that Marcus would trust the driver to try it.

Murmuring party guests lined the garage wall. Nobody was doing anything about this mess, other than gaping at it. If the driver had kept his foot on the gas a second longer, the car doors might have cleared the crater. Then again, he might also have run somebody over.

“Brenner, man, you can fix it, right?” Keith hovered over Marcus’s shoulder, and his beer breath wafted too close. “You can get Jason out of there, right?”

The driver hammered a fist against his door. “Keith, when I get out of this car, I’m going to kick your face in, you hear me? I’m going to—”

Marcus tapped on the car window. “Hey. Don’t. We’ll get you out.”

“That’s no way to talk to the linebacker.” Across the hood of the car, a woman wearing less than a tank top blinked at Marcus. She leaned forward and stretched a bottle toward him, spilling cleavage and beer. He tried to stare at her blue eyes.

The woman pouted and splashed the car hood with the rest of her beer. She sidled closer to Marcus. “You’re so big.”

And you’re so drunk.

Well, not unless the sky had turned brown lately. Marcus gently pushed her away.

Keith rocked from one foot to the other, his gaze shifting from Marcus to the trapped, cussing driver and back again. “See why I called you, Brenner? You build stuff and fix stuff. And I thought you could fix this. Or build it. Or yeah.”

The garage door was beyond fixing. Marcus needed something to free the car. He let his eyes roam the four-car garage without resting too long on various available drinks. The half-finished side held a workbench in one corner. Garden tools hung from a dusty pegboard: rake and trowel and yeah, that was a pitchfork. But nothing helpful.

Thank you, Amanda, for sharing your new book with us.

Readers, here’s a link to the book. By using it when you order, you help support this blog.
Seek and Hide: A Novel (Haven Seekers Book 1)

This sounds like an interesting story that I would enjoy reading.

This sounds interesting - and scary, seeing the changes in our country. Would love to read it!

To Mama Cat: I started writing this book years ago, and while I wrote it as fiction (not an attempt at Orwellian prophecy or anything), we certainly have less freedom now than we did when I started writing.

A very exciting start to the story.

Whoa! That first page has me hooked! Adding this to my ever-growing "To Read" list! :) Thank you for the interview and the chance to win!
Blessings!
Kelly Y. in Central VA
kelly *at* dkcountryarts *dot* com

Thanks for the comments, everybody. The first chapter of this book actually changed several times (as I'm sure most books do). I'm glad to hear that it grabs you right away! :)

I really like the play on words for the title- Seek and Hide! Clever.
It sounds like a real adventure and not unlike what Chinese christians are enduring now. I would love to win and read your book. Sm, CA wileygreen1(at)yahoo(dot)com

SM, you're right, and other readers too have compared the storyworld of Seek and Hide to the plight of Chinese Christians today.

I look forward to reading your book, Amanda. Congratulations!

Hi Amanda and Lena! Seek and Hide sounds like a truly fascinating story and I look forward to reading and the rest of the books in The Haven Seekers series. Thanks for the chance to win a copy!
Kristen in OK
kam110476 at gmail dot com

Thanks, Sharyn and Kristen!

Kristen, there will be four Haven Seekers books. The second one is set to release early 2015!