STUCK ON YOU - Michelle Stimpson - One Free Ebook

Dear Readers, we’re welcoming back one of my good friends. She’s very creative. Her books are hilarious, and she now creates her own covers. Spending time with her really brightens my day. 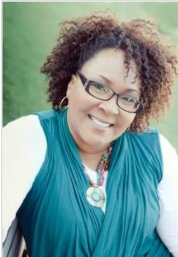 Welcome back, Michelle. Tell us about your salvation experience.
Though I “grew up” in church, I didn’t really submit my life to Him and receive Christ as savior until I was 17 years old. I was in our family’s formal living room vacuuming the floor, just thinking about Jesus and all the stuff I’d heard about growing up. Pretty soon, I’d be heading off to college. At that time, I had started doing some things that I knew were out of line with my parents’ rules and the church’s teachings, and I was a bit afraid of what I might do to ruin my life when I left my family home. At that time, I knew I needed saving from myself. I needed a Savior. I stopped the vacuuming and asked Christ into my life—all alone, no fanfare, no witnesses, just me and Him. Much of my life in Christ has been just like this, a private affair that later shows itself on the outside. It would be another 10 years before I was completely wooed by Him, but that was the beginning of our relationship.

You’re planning a writing retreat where you can only have four other authors. Who would they be and why?
Lynne Gentry – she would read my work and find all kinds of holes in it. She’s an iron who sharpens me.
ReShonda Tate Billingsley – she is a writing rabbit. Having her around and watching her “go” would inspire me to keep my behind in the chair and write!
Faith Simone – she’s a new author and I think she would benefit from being around those of us who have been writing for a while.
Janice Olson – while I think she’d do a great job of critiquing and helping brainstorm, she’s also the queen of hospitality and she loves to cook. We’d need food!!!

Do you have a speaking ministry? If so, tell us about that.
Yes, I do quite a bit of speaking with the women’s ministry of Oak Cliff Bible Fellowship in . For the past three years, I have led a series of sessions on various topics. In addition to ministry, I am an educational consultant. I present dozens of workshops annually to teachers.

What is the most embarrassing thing that has happened to you and how did you handle it?
I laugh at myself so often that I rarely get embarrassed because others are laughing right along with me. But there was one time I didn’t even know to be embarrassed – when my wig fell off and I didn’t even realize it! I was talking to a lady, re-enacting a scenario, and I whipped my head around really quickly. My wig fell off but I didn’t know it, so I kept on talking. The lady just kept listening, but I think she was too dazed to say anything. When I felt a little breeze on my neck, I looked down and saw the wig on the concrete. Thankfully, no one saw it except she and I!

People are always telling me that they’d like to write a book someday. I’m sure they do to you, too. What would you tell someone who came up to you and said that?
I say, “Write the book already!” Somehow, many people think there’s some special mystery to writing, but writing is writing. The same way we sat down with pen/pencil and wrote papers in the 3rd grade is pretty much how we do it now (except with on a computer for most of us). Granted, we outline, we plan, we think about marketing and the broader message, but at the end of the day, we WRITE.

So true. Tell us about the featured book. 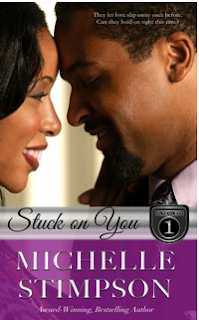 Back in college, Braxton Stoneworth and Tiffany Warren were just friends...until one spring night heightened their feelings for one another. Yet when they returned to school in the fall, Braxton made a decision that drove Tiffany to transfer schools and never look back.

Now, nearly a decade later, they meet again as business experts vying for the same contract at a prestigious school. In addition to their professional competition, tensions mount as Braxton and Tiffany discover that they have two different versions of what happened to their romance so long ago. Can they overcome hard feelings and pick up where they left off?

Tiffany’s father passed away a few months ago, just as she was founding her new project management firm. She wonders if her leap of faith was a good move, and her doubts only increase when she learns that someone from the firm she left is trying to undermine her independent efforts…not to mention her possibilities with Braxton.

Braxton thought he might follow his father’s footsteps into ministry. His wild fraternity days caught up with him, however, causing Braxton to give up the idea of teaching anyone to follow the faith he so obviously neglected. Can he win back his own self-respect and the heart of the woman he never forgot?

Stuck On You is the first book in The Stoneworth Series by bestselling Christian Fiction author Michelle Stimpson. The family history is briefly established, and then readers are off to experience the Stoneworth family's rich legacy of faith and integrity within the context of contemporary romance. Come fall in love with the family!

Please give us the first page of the book.
“Gather ’round now, so I can tell the story,” one of the oldest living Stoneworths, Uncle Bush, announced from the lazy chair.

Someone in the kitchen switched off the household intercom system, which had been pumping upbeat gospel tunes throughout the two-story mini-mansion. Glasses ceased to clink. Silverware ceased to chink against the fine that Uncle Bush’s wife, Aunt Vera, had proudly used to serve her husband’s annual birthday dinner. This birthday was extra special, marking his eighth decade of life.

Braxton Stoneworth gave up his seat on the comfy leather couch nearest Uncle Bush so that the younger ones could get close to hear their story—the Stoneworth legacy—which had been passed down for more than a hundred years now.

Ace, one of the kids from Uncle Shiloh’s clan, came running into the family room but stopped short, having been beaten by the girls. “No fair! She’s not even a Stoneworth!” He pointed at Lauren’s friend.

Lauren’s mom, Paige, gently lowered Ace’s arm since the boy wasn’t practicing good manners at the moment. “You never know, Ace. She might be a Stoneworth someday.”

His brows furrowed in indignation as he crossed his arms on his chest. Little Ace looked like he wanted to say something, but he knew better than to talk back to his aunt, especially in front of the room full of people who would put him in check for saying anything remotely disrespectful to an elder. Simply put: Stoneworths didn’t play that.

“Come on, lil’ dude. I’ve got a seat right here for ya.” Braxton’s oldest brother, Knox, rolled a chair up right next to Uncle Bush.

“You know Stoneworths look out for each other,” Knox said, giving Ace some dap.

The brown-skinned boy with bright hazel eyes hopped into the chair, set one tiptoe against the floor, then whirled the seat around for two full 360-degree circles. He raised his hands in the air. “Look at me! I’m flying!”

The room full of Stoneworths and friends filled with soft laughter as brothers, aunts, uncles, and cousins witnessed Ace’s antics. Somehow, they had all known that Ace would abuse the rolling chair. He was, as Braxton’s grandmother Ethie would say, “all boy”—which meant constant adventures, fearlessness which led to countless bumps and scrapes, and occasional mischief. And, as God saw fit, the Stoneworth family tree had always bloomed with an abundance of male family members.

“Careful, Ace. You don’t want to lose your dinner,” Brandy warned as she stepped behind him and stopped the impromptu merry-go-round.

“Yes, ma’am,” Ace said breathlessly. He clasped his hands together and sat as still as possible, which had to be torture for an eight-year-old.

Thank you, Michelle, for sharing this book with us. I'm eager to read it, as I'm sure my readers are as well.

Readers, here are links to the book. By using one when you order, you help support this blog.
Stuck On You (The Stoneworths) (Volume 1)

Posted by Lena Nelson Dooley at 8:41 AM

Email ThisBlogThis!Share to TwitterShare to FacebookShare to Pinterest
Labels: Michelle Stimpson, Stuck on You

Michelle, your book sounds like a great read. I'm curious to know what happens with Tiffany and Braxton!

New author to me! Yeah!

Thank you! I hope you all will enjoy the book!

Thanks for sharing your thoughts and the first page. I look forward to reading this book.
Connie from KY
cps1950(at)gmail(dot)com