THE BEAUTIFUL PRETENDER - Melanie Dickerson - One Free Book, Plus More 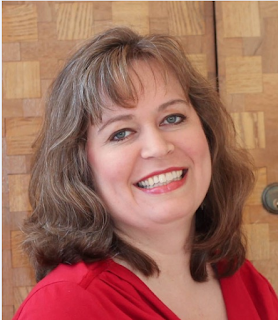 Bio: Melanie Dickerson is the author of The Healer's Apprentice, a Christy Award finalist and winner of the National Reader's Choice Award for Best First Book. Melanie earned a bachelor's degree in special education from the and has been a teacher and a missionary. She lives with her husband and two daughters in .

Welcome back, Melanie. As an author, I know it takes a lot of people to birth each book. Who were the people involved in the birthing of this book, and what were their contributions?
I actually asked my editor, Becky Monds, to help me brainstorm when I was about two-thirds of the way through this book. The “climax” happened earlier than I thought it would, and even though I had some ideas about what would happen next, I wasn’t sure I had enough. So Becky and I talked for 45 minutes or an hour, and she gave me a good idea about having a fire that would parallel the fire that happened before the story started, when the hero’s ankle was badly injured trying, unsuccessfully, to save his brother. It turned out to be a pivotal scene near the end.

If you had to completely start over in another place, where would you move, and why?
How about ? Or ? If I could live in a castle, that would be awesome.

If you could only tell aspiring novelists one thing, what would it be?
Never give up! Keep persevering. You never know what God has in store for you.

You’ve been asked to be in charge of a celebrity cruise. Who would you ask to take part, and why? (AS in what program, singers, etc. [it doesn’t have to be writing related])
I’d love to have Hugh Jackman sing us some show tunes. And Taylor Swift could entertain us with all of my favorite songs of hers.

Sign me up. They are two of my favorite celebs. Tell us about the featured book.
The Beautiful Pretender is the second book in the Thornbeck series. The hero is the rather formidable Margrave of Thornbeck. And it’s a cross between Beauty and the Beast and The Princess and the Pea. 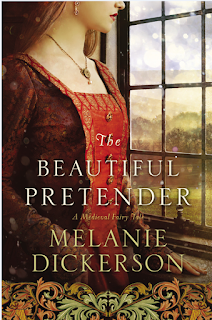 After inheriting his title from his brother, the margrave has two weeks to find a noble bride. What will happen when he learns he has fallen for a lovely servant girl in disguise?

The Margrave of Thornbeck has to find a bride, fast. He invites ten noble born ladies who meet the king’s approval to be his guests at for two weeks, a time to test these ladies and reveal their true character.
Avelina has only two instructions: keep her true identity a secret and make sure the margrave doesn’t select her as his bride. Since the latter seems unlikely, she concentrates on not getting caught. No one must know she is merely a maidservant, sent by the Earl of Plimmwald to stand in for his daughter, Dorothea.

Despite Avelina’s best attempts at diverting attention from herself, the margrave has taken notice. And try as she might, she can’t deny her own growing feelings. But something else is afoot in the castle. Something sinister that could have far worse—far deadlier—consequences.

Please give us the first page of the book.
The year 1363, Thornbeck Forest, The Holy Roman Empire
Reinhart Stolten, Margrave of Thornbeck, spotted the pack of wolves devouring their fresh kill at the bottom of the ravine. He nudged his horse in their direction as he let go of the reins and readied his bow and arrow. He was still too far away for a good shot, but he urged him closer, until his horse brought him into range of the bloodthirsty killers.

Reinhart took aim and let the arrow fly, striking one of the wolves in the neck. It let out a shriek, causing the other animals to look up. Two of them kept their teeth in their meal even as they snarled and searched for the source of the danger.

Reinhart quickly nocked another arrow and shot, striking another wolf in the shoulder instead of the intended kill shot to the head.

The wolves had spotted him and started to run. Only one of them was more interested in their food than in the danger pursuing them. He kept hold of the carcass as he ran away with the others. Reinhart aimed and shot at the one lagging behind, dragging the dead animal, but the arrow missed him.

The wolf let go of his kill and ran harder.

Reinhart urged his horse after them. The wolf with the arrow in his shoulder ran along with the other six wolves.

Reinhart and his horse chased them up the ravine, through the heavily wooded hills of , and eventually the injured wolf grew tired and fell behind. Reinhart was able to finish it off, but there was no use going after the others. They were too far ahead now.

He put his longbow away and turned his horse back in the direction of .

Inheriting the new title of margrave means Reinhart has two weeks to find a noble bride. What will happen when he learns he has fallen for a lovely servant girl in disguise? Find out in the new medieval fairy tale, The Beautiful Pretender, by Melanie Dickerson. Despite Avelina’s best attempts at diverting attention from herself, the margrave has taken notice. And try as she might, she can’t deny her own growing feelings. But something else is afoot in the castle. Something sinister that could have far worse—far deadlier—consequences. Will Avelina be able to stop the evil plot? And at what cost?

Join Melanie in celebrating the release of The Beautiful Pretender by entering to win her Once Upon a Kindle giveaway!

One grand prize winner will receive:

Enter today by clicking the icon below. But hurry! The giveaway ends on June 7th. The winner will be announced June 8th on Melanie's blog.

Thank you, Melanie, for sharing this new book with us.

Readers, leave a comment for a chance to win a free copy of the book on this blog. You must follow these instructions to be in the drawing. Please tell us where you live, at least the state or territory. (Comments containing links may be subject to removal by blog owner.)

If you’re reading this on Goodreads, Google+, Feedblitz, Facebook, Twitter, Linkedin, or Amazon, please come to the blog to leave your comment if you want to be included in the drawing. Here’s a link:
Http://lenanelsondooley.blogspot.com
Posted by Lena Nelson Dooley at 8:10 AM

Hi Melanie! You and my sister share a name, although there isn't an "e" at the end of her name (mine either, lol).
I think I have all but one or two of your medieval fairy tale books, this one included. Even though I have YET to read them, I've heard such great & wonderful things about your books. They are on my rather large tower of Pisa TBR pile. If I could but take a reading vacation for say, a year, I might just make a good dentin it...haha! Imagine that, no electronics, internet or TV...just surrounded by my books...oh yea, sounds great to me :-)

Living in a castle, I'm not so sure about that. The first thing that came to mind when I read that was, who's gonna keep it clean...haha! But it would be an adventure, wouldn't it? I've seen pictures of all the different castles in Germany, they look so majestic! My niece dated a young man in college who's from Germany. His parents still live there & he went to go visit them, he sent pictures to her of all the different places he visited. One of them was a castle, oh it was so beautiful, it was overlooking a cliff :-)

Thank you for the author interview & book giveaway! I'm looking forward to adding this to my pile, win or no win!

I am looking forward to reading this book. thank you for offering a copy.
Tennessee

Aaaahhhhhh!!!! I'm so excited, you wouldn't believe it! I've read all of Ms. Dickerson's books and LOVE THEM ALL!! My sister also has read all but the two most recent releases. I've been anxiously awaiting this (the next release) since the moment I turned the last page of "A Spy's Devotion" (which engrossed me with every page and held so many more thrills than I had anticipated, by the way!) Beauty and the Beast is my favorite fairy tale and Melanie Dickerson is my favorite fairy tale author soooo....... I CAN'T WAIT TO READ THIS BOOK!!!!
J.C. -Indiana-

I just finished reading and reviewing The Beautiful Pretender and I loved it!!! Highly recommend :)
Angela -Texas-

A marvellous first page thank you.

angela in ky would love to win.

I've loved everything I have ever read by Melanie. I would love to win a copy of "The Beautiful Pretender". Thank you for the chance.

Dee from NE is putting this at the top of my wanted to read list :)

I ALWAYS enjoy a Melanie Dickerson read! This sounds delightful.

I'm in NC and I'd love to win Melanie's book and donate it to the Alamance Christian School library.

Thanks for the fun interview! I would love to win a copy of this book. I've read a couple of Melanie's books and have loved them. This one sounds fascinating!
Winnie T from Utah

Oh please count me in on this giveaway. I'm a Melanie D. can but have yet to read this one! Thank you!!!
~Amanda J. from FL

Oh that auto correct! It should say: fan not can!

I love Melanie's books! Can't wait to read this new series! Thanks for the chance to win!

I don't think I'd want to live in a castle. The ones I visited in Austria and Germany were awfully cold, though beautiful.
Thanks for the chance to win The Beautiful Pretender. I love all of Melanie's books.

I don't think I have met anyone that I have recommended Melanie Dickerson's books to that don't enjoy them as much as I do.

This books is at the top of my MUST read list!

You can't go wrong with Melanie's books! Thanks for sharing!!
Connie from KY
cps1950(at)gmail(dot)com

I always enjoy Melanie Dickerson's books and I would love to read this one! Thanks for having the giveaway and for the chance to win!