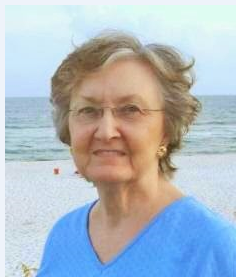 I was 15 years old when I was saved in a small, country church. The sermon that Sunday morning was about the parable of the Ten Virgins (Matthew 25) who went out to meet the bridegroom. Five of them brought oil with their lamps, but five failed to bring along oil for theirs. Their wait for the bridegroom lasted into the night and at midnight when the bridegroom approached, the ones without oil asked the others to give them some oil because the flame of their lamps was going out. They refused and while the five went to buy oil, those with oil went in to the wedding with the bridegroom, “and the door was shut” (v. 10). The bridegroom would not open the door to the five when they returned. They were unprepared and did not get to meet the bridegroom. I realized I was not prepared. I prayed that Jesus would not shut the door on me and asked for the forgiveness of my sins.

I, too, was saved in a small country church. You’re planning a writing retreat where you can only have four other authors. Who would they be and why?
Karen Ball, Francine Rivers, James Rubart, Cassandra King. These writers’ personalities and books have impacted my life in general as well as my writing life. It would be a privilege to sit among them and hear them speak of their philosophies and be encouraged by them.

A wonderful group. What is the most embarrassing thing that has happened to you and how did you handle it?
As a youngster, from K-12, I changed schools 7 times. In the 10th grade, in yet another new school, I got lost in the school, ended up on a different level, and walked into the boys’ locker room. Yes, there were boys in there getting ready for P.E. I still wonder how I maintained my composure, but I calmly turned and left the area. I still remember that day, although the boys probably don’t. At least, I hope they don’t!

People are always telling me that they’d like to write a book someday. I’m sure they do to you, too. What would you tell someone who came up to you and said that?
“If you want to write for publication, treat your writing as a business, not a hobby. It will take a 110% effort from you. Be prepared to accept rejection of your book, always remembering the agent, editor, or publisher will be rejecting your book, not you.”

Very good advice. Tell us about the featured book.
Promise Me is book 3 in the series. Here’s the back cover copy:

When war calls…faith is tested

In 1960, civil discord in fills the news. After his college graduation, Patrick Fitzgerald plans to join his daddy’s accounting firm. But Uncle Sam may have another position in mind for Patrick—in the U.S. Army. His family’s affluence would be no match for the persuasion of the military draft. 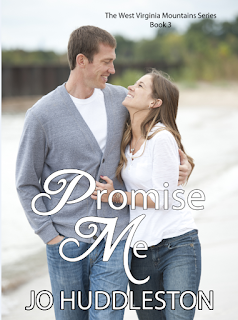 Adriana Montagna’s papá ekes out a living as a coal miner in the mountains of . Can a lasting relationship form with Patrick, or will his wealth become a barrier between them?

Meanwhile, the fiber of ’s unity stands on the precipice, while its youth fight a no-win battle on foreign soil. What good can a young couple hope for at such a time as this?

Please give us the first page of the book.
August 1960 -
“Good night, Chet. Good night, David. And good night for NBC News.” The program signed off with the Texaco Gasoline red star logo across the screen.

In Dean Loreen Fletcher’s apartment, Patrick Fitzgerald sat closest to the television when NBC’s Huntley-Brinkley Report ended. He stepped to the floor-standing console and turned off the television. He took his time returning to sit on the sofa beside Adriana Montagna. A somber silence settled over the living room and its six occupants, interrupted only by the humming window air conditioner.

Patrick scooted to the front edge of the sofa cushion and rested his forearms on his legs. “I don’t want my first job after graduation to be in .”

No one remarked and he continued. “The situation over there worries me. Now announces we’re sending 3,500 soldiers to to help them fight against the communist North Vietnamese. When I graduate from college in December, I hope their mess over there has cooled down some.”

Adriana laid her hand on his back. “Patrick, hush. We don’t want to think about you going overseas.”

Buy Link for Promise Me:
http://amzn.to/1MWyAl1

Thank you, Jo, for sharing this new book with us.

Readers, leave a comment for a chance to win a free copy of the ebook. You must follow these instructions to be in the drawing. Please tell us where you live, at least the state or territory. (Comments containing links may be subject to removal by blog owner.)

If you’re reading this on Goodreads, Google+, Feedblitz, Facebook, Twitter, Linkedin, or Amazon, please come to the blog to leave your comment if you want to be included in the drawing. Here’s a link:
Http://lenanelsondooley.blogspot.com
Posted by Lena Nelson Dooley at 7:54 AM

Email ThisBlogThis!Share to TwitterShare to FacebookShare to Pinterest
Labels: Jo Huddleston, Promise Me

Angela, thanks for your interest in my novel, Promise Me. Thanks for leaving your comment.

Kim,thanks for commenting. If you get a chance to read Promise Me, I hope you enjoy Adriana and Patrick's story

A troubled time will make for very interesting reading.

I was still quite young in 1960, but some of my older neighborhood guys were going through this very thing! Thanks for the chance to win!

Yay! So glad to see Jo here. I love her writing and enjoyed her interview. Thank you!
Amy C
VA

I can recall as I learned about the Vietnam War in high school how profoundly sad I felt for all those families and how grateful I was that we as a military family spent those years in Europe away from the turmoil in the United States. I am so glad my daddy never went to fight on the front lines. My sympathy is for those daddies, brothers, uncles, grandfathers and sons who never made it back or were severely maimed.

I have never read one of Jo's books. I am hooked by that first page now I need to get the book. :)

Thank you for the chance to win a copy of Promise Me.

Just the little bit from the first page made me feel a bit melancholy. Although I was only just born in 1970, I grew up like many learning about the ugliness of the Vietnam War. Not that any war isn't ugly, it just seemed especially brutal. With my husband being a vet with PTSD, I also can't imagine the backlash many Vietnam vets received upon returning home. Especially when most had no choice, but to serve. I don't think I have ever read a historical fiction novel that takes place during this time. I'm looking forward to it, especially after the enjoyment I had with the first novel in this series. I have yet to read the second book, but have every intention to. Thanks Jo!

I was 10 in 1960 and I lived in a small town in Kentucky so the Vietnam War didn't become so real until 1968 when I graduated from high school. Several of my classmates were called to serve and some didn't return.
Jo, I look forward to reading your book.
Connie from KY
cps1950(at)gmail(dot)com

Mary P, Glad you find Promise Me interesting! Thanks for commenting.

Robin in NC, you're welcome. Thanks for leaving your comment.

Amy C, and good to see you here too. Thanks for your kind words!

Kathy, you're welcome. So glad you've found a new-to-you writer--me! Thanks for commenting.

Terrill, you're welcome. Yes, all war is ugly! Glad you enjoyed book 1 in this series, Wait for Me. Thanks for your kind words and interest in my books!

Connie, thanks for leaving your comment. I appreciate your interest in Promise Me!

Hi Jo! I think your salvation story is so neat, how God spoke to you through the parable of the 10 virgins. We all should be ready for Jesus, whether just accepting His salvation or have walked with Him for many years. Our hearts should always be open to His leading in our life and we should be living for Him in all we do or say. Thanks for the encouragement and reminder. :-)

Thank you also for the author interview and book giveaway!

I loved this series. Am looking forward to reading this one. Thanks for the giveaway.
Brenda in VA

Trixi, you're welcome. Glad you enjoyed the interview. Thanks for commenting.

Brenda, you're welcome. Glad you've enjoyed the West Virginia Mountains series. Thanks for your interest in Promise and for commenting.